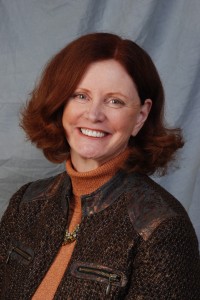 For Susan O’Halloran, professional storyteller and Chicago native, storytelling and racial justice have always been intertwined. O’Halloran grew up on the South Side in a time when public consensus still considered segregation a good thing. Her worldview, though, was crucially shaped by an early involvement with the civil rights movement. When she was fourteen, O’Halloran joined a group called the Young Christian Students. “We were so lucky, because we had these adult mentors who were working with Dr. King,” she says, “and they’d come back and teach us kids what they learned, so we learned group discussion skills and leadership skills.”

When O’Halloran became a professional storyteller later in life, changing careers after a dancing injury, racial justice was the natural subject of her stories. Cross-cultural understanding “became something that I understood for my benefit,” she says, “because I couldn’t live in the world I wanted to live in if we all didn’t have better understanding and relationships with each other.” O’Halloran found herself part of a community of professional storytellers—a community complete with guilds, festivals and now even its own graduate programs offering training and certification. (Here in Chicago, Northwestern and Columbia College both offer graduate courses in storytelling.) The world of professional storytelling, though, was not immediately receptive to telling stories about race. “I found that people were a little nervous about me telling the racial justice stories. They were afraid—you know, maybe it’d be too serious, or their audience wouldn’t be ready for it,” O’Halloran recalls. About ten years ago, she was approached by Father Derek Simons of Chicago’s Society of the Divine Word to collaborate on a project about multicultural understanding. It was then O’Halloran thought to herself, “You know what, I think I’m going to need to create my own festival to do the work I’m most interested in.”

Out of this moment was born JustStories, a festival of storytelling about racial justice and multicultural experience. This year, the festival’s tenth, it is taking place completely online. Over the course of three days, the producers are posting videos of professional storytellers telling stories to the festival’s Facebook page every hour on the hour. Viewers are invited to watch, comment and even post their own stories in response. Storytellers are available for live chats to answer viewer questions and discuss the stories.

The decision to move the festival from a face-to-face format to online had multiple motivations. First, with an online festival, there would be no limitations on the audience: “I just have this vision,” O’Halloran explains, “of Ireland talking to Mississippi talking to Kalamazoo, Michigan talking to Germany talking to Africa. I mean, we can really have quite a breadth of conversation on Facebook.” And though nothing can replace “that warmth, that connection” of face-to-face storytelling, the producers are hoping the simple, straightforward composition of the shots will preserve some of the intimacy of the storytelling experience. “Kind of like you’re just sitting across the kitchen table from somebody,” O’Halloran hopes. The new format also offers the chance to encourage more conversations and viewer participation than a live, time-limited festival might. People who might come up to a storyteller after a show wanting to share their own stories can now do so without being constrained by time. Those shared stories will form an archive on the Facebook page for people to access whenever they want.

Talking about her hopes for the festival’s legacy, O’Halloran says she hopes JustStories will be a “worldwide, very fun, very respectful conversation” that gets people to realize just how much in common they have with each other, despite their differences. “Stories open people’s hearts,” she says. “It gets people out of debate team mentality—who’s right, who’s wrong. People tend more to share their lives instead of their opinions, and real connections get made.”