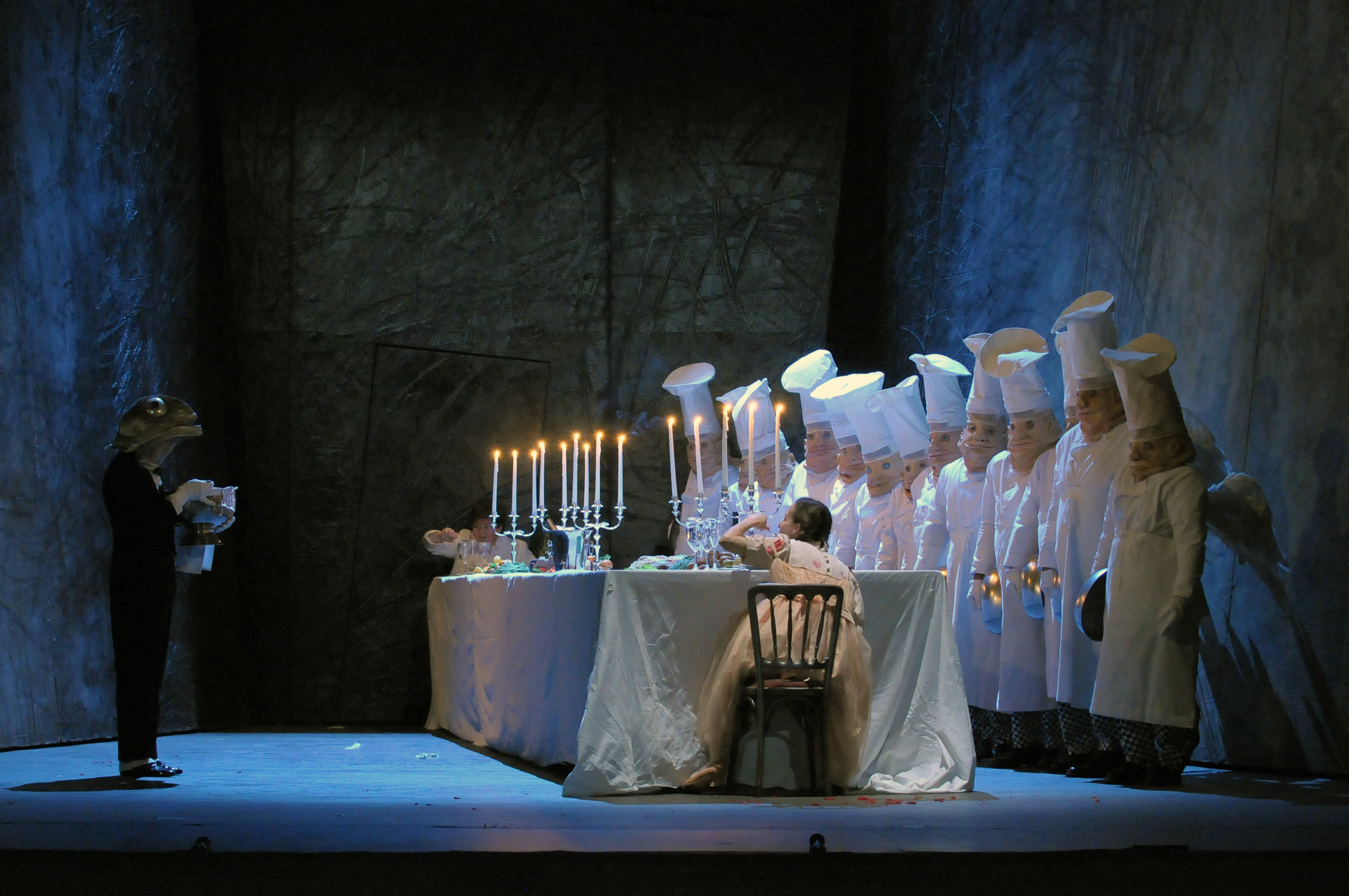 Although Engelbert Humperdinck’s fairy-tale opera “Hansel and Gretel” has been a beloved Christmas staple around the world for well over a century, it’s been a relative rarity in Chicago, Lyric Opera having staged the work only once in the company’s history.

This beloved masterpiece of late German Romanticism was written for Humperdinck’s nieces with a libretto by his sister and follows the Ludwig Bechstein version of the classic tale rather than the more familiar adaptation by the Brothers Grimm while adding its own distinctively Wagnerian touches.

Gone is the wicked stepmother and there is a much more complicated and realistic relationship between family members drawn here, along with the dark forest being used as a metaphor of a testing ground for finding our own way in life.

Originally a co-production of Lyric Opera with the Welsh National Opera—ironically when current Lyric general manager Anthony Freud was at the helm there, since this bleak but clever Richard Jones production was first seen at Lyric eleven seasons ago—it has been widely seen and praised. In this revival directed by Eric Einhorn, some of the production’s original elements have been muted a bit but without blunting their overall impact.

The setting is post-World War II, hunger is the theme and the “angels” of the Act II finale are a series of master chefs providing a dream feast for famished children who primarily have food on the brain. 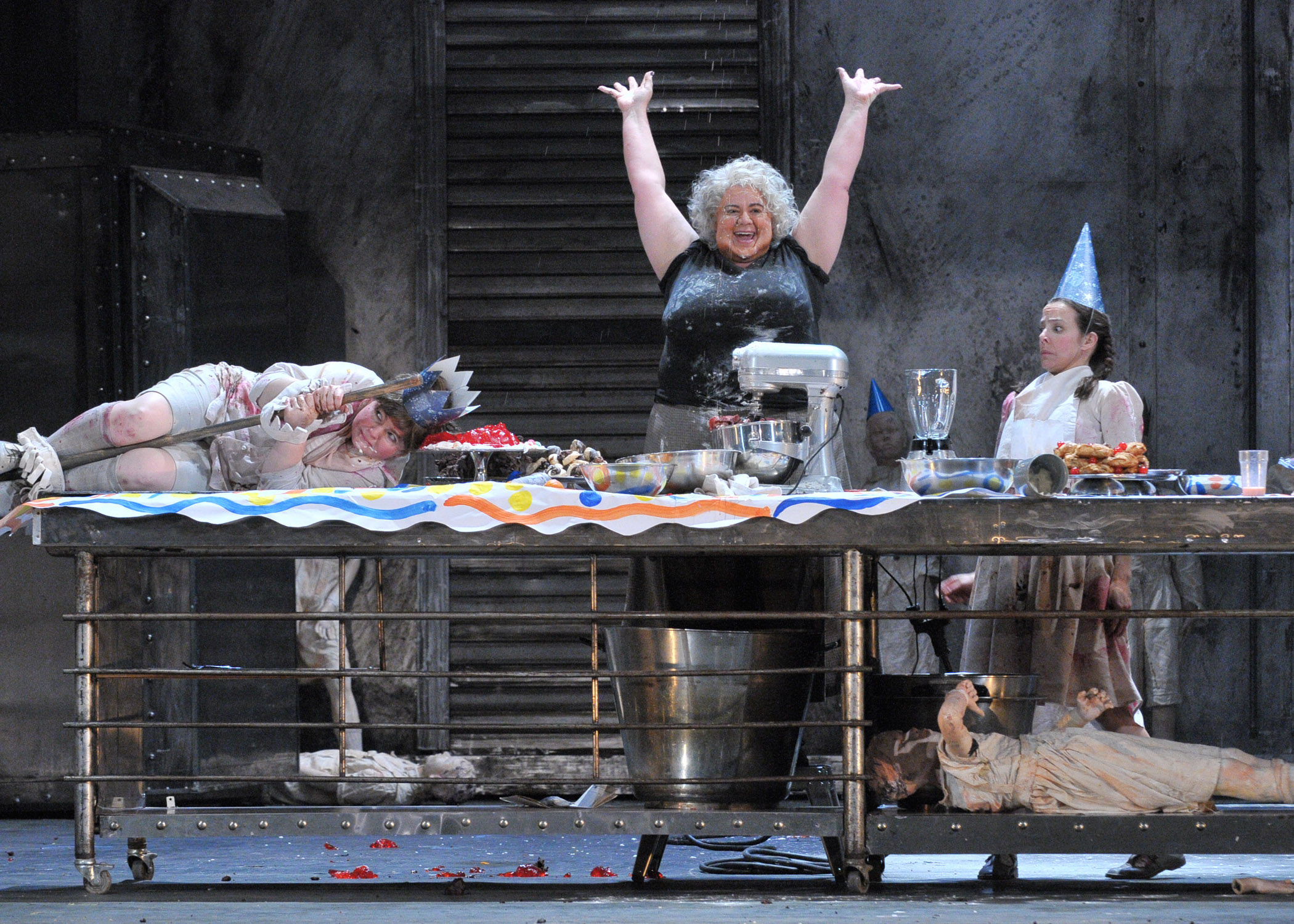 Mezzo-soprano Elizabeth DeShong makes a splendid Hansel, looking and acting every bit the boyish explorer that the character is. Soprano Maria Kanyova epitomizes feminine curiosity and together, the two are a mischievous and playful pair and vocally blend wonderfully well, especially in their tender prayer duet.

Mezzo-soprano Jill Grove is vocally magnificent as the witch, a wicked satire of Julia Child who whips up food in a frenzy to a culinary free-for-all with the children before getting her due.

The spectacular ending of the piece is a childlike reworking of the redemption music from Wagner’s “Parsifal”—complete with children’s chorus in this case, the Anima-Young Singers of Greater Chicago—which still never fails to move an audience when it is properly conveyed. Unfortunately on opening night, at least, the children were somewhat scattered in their entrance, significantly marring the impact of the finale.

Humperdinck’s lush and brilliant orchestration ideally requires the vast dynamic palette of a master Wagnerian, but instead Lyric brought in a vastly inexperienced conductor that while serviceable, communication between the pit and the singers seemed sometimes distractingly tentative. (Dennis Polkow)