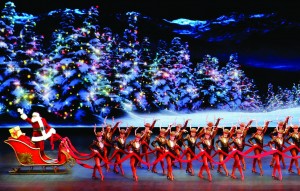 How far will an outside producer go in dropping crucial elements in transposing an outside production to Chicago? How much will be lost in making the transition, particularly when it comes from New York?

When it comes to the “Radio City Christmas Spectacular, ” apparently quite a bit. The show had always been performed here with some half the number of Rockettes seen at Radio City and with canned music versus the live orchestra that one can experience in New York. But in bringing the show back to the area for the first time in four years, elements that nonetheless made the show, well, spectacular, are noticeably absent this year.

“Chicago is a three-camel town,” the director of Rockettes operations told me some years ago in boasting that, unlike other markets, each wise man had a camel of his own in the production’s staging of “The Living Nativity.” “It was just what you would see in New York.” Well, no more.

Gone are the camels. Gone are the donkeys. Gone are the sheep. In other words, a once “living” nativity that lived up to its name and created genuine wonder and awe is now merely a static nativity. Humbug. And when the scene has finished, instead of getting the “Hallelujah” Chorus from Handel’s “Messiah” to top things off, the show goes “American Idol” on us and gives us a kitsch version of “Joy to the World.”

Gone, too, are the real-life little people that were once Santa’s elves and the “Nutcracker” Suite is reduced to a handful of shells with entire sections abridged and gutted. 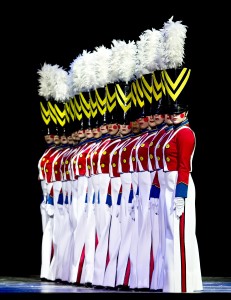 Well, at least there are still the Rockettes, that line of sleek, gorgeous women who dance and sing their hearts out. Yes, they still do the “Parade of the Wooden Soldiers” much the same as that routine was first done eighty-five years ago and which still generates plenty of well-deserved “ahs.” But gone are the slinky, sexy Santa outfits that were once the iconic image of this show. They have been traded in for cream-colored winter apparel.

Digital projections are a huge part of this incarnation, with decidedly mixed results. Yes, there is still plenty of live stuff going on, but all too often this production leans too heavily on projections than reality, at one point augmenting a handful of dancing Santas into a myriad of digital clones.

It is still a great show, and it held the rapt attention of a five- and six-year old. But it did not shock and awe quite the same way that it did their parents’ generation. (Dennis Polkow)