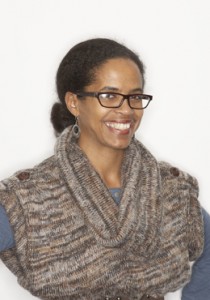 31 Onye Ozuzu
Chair, Department of Dance, Columbia College
Academic appointments rarely create much of a stir, but Columbia College’s recent well-publicized budget upheavals, which have precipitated the downsizing or demise of some longstanding public-facing cultural entities, has made this appointment far more noteworthy than might otherwise be expected. For Ozuzu’s domain includes the vital arts presenter The Dance Center of Columbia College which, under the fifteen-year leadership of executive director Phil Reynolds, has become one of the nation’s strongest proponents of challenging contemporary dance. Ozuzu, who came to Chicago via a similar position at the University of Colorado, is also an accomplished performer and choreographer, specializing in African-based contemporary techniques, a field likely to generate tremendous interest in these parts. 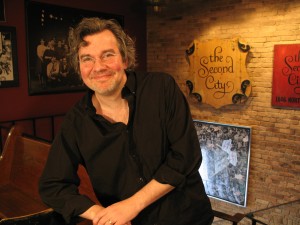 32 Kelly Leonard
Producer, executive vice president, Second City
On top of overseeing all of Second City’s live performances, Leonard has also produced a number of productions and set up many a partnership (including the 2005 deal with Norwegian Cruise Lines that now finds seven Second City ensembles aboard NCL ships) over the years. Last year he helped lead a surprising collaboration between The Second City and the Lyric Opera of Chicago, which resulted in January 5th’s “The Second City Guide to the Opera,” a sold-out show at the Civic Opera House featuring Patrick Stewart and soprano Renee Fleming that proved so popular a revival with performances throughout the month of June was announced only a few days later. The revival will include some on-stage seating, with libations and table service available throughout the show, presumably so audience members can toast comic innovation. 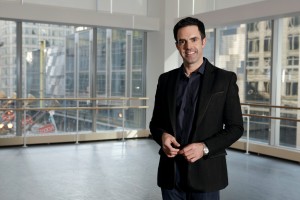 33 Christopher Clinton Conway
Executive director, Joffrey Ballet
Two words: Joffrey Tower. Christopher Clinton Conway joined Joffrey Ballet in the fall of 2005 and dove into the largest capital campaign in its history. Now, its name reigns above State Street in a shiny building that houses its offices and the 20,000-square-foot Joffrey Academy of Dance, a hard-to-imagine outcome for a company that a mere decade earlier moved to Chicago from New York in a last-ditch effort to avoid its likely demise. Today, he presides over one of the city’s cultural pillars, an organization with a budget near fifteen million dollars a year, a full season of performances at the Auditorium Theatre and a global reputation for innovation in ballet. 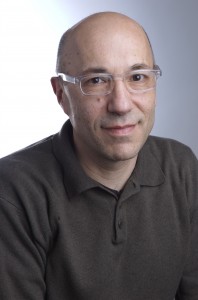 34 Peter Taub
Director of performances, Museum of Contemporary Art
Peter Taub has built the Museum of Contemporary Art into a titanic presence of the experimental theater, dance and music scene in Chicago. Audiences might best remember 2008’s marathon “Gatz,” the New York-based Elevator Repair Service’s six-hour, enlightening “Great Gatsby” non-adaptation, but in 2012, Taub made the bold and risky move of bringing controversial monologist Mike Daisey to the Edlis Neeson stage less than a year after he’d been chastised on “This American Life” for journalistic fallacies in “The Agony and The Ecstasy of Steve Jobs.” In April, MCA will host a highly anticipated run of the sensational Young Jean Lee’s Theater Company’s “Untitled Feminist Show.” Taub simply knows what’s hot, and he brings it here. 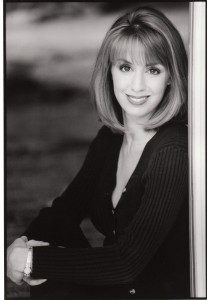 35 Rachel Rockwell
Director and choreographer
When The Tribune’s Chris Jones named Rachel Rockwell the Chicagoan of the Year in theater, he led the article with “Rachel Rockwell brings out the best in child actors.” A bold-faced truth if there ever was one, the director-choreographer’s productions of “Annie” at the Paramount Theatre in Aurora and “The Sound of Music” at Drury Lane Oakbrook elicited excited turns from her precocious performers. But Rockwell is not only adept at crafting theater that includes child actors, she’s a master of entertainment for young people and their families. “Disney’s Beauty and The Beast” last summer at Chicago Shakespeare was a delightful, unexpectedly moving treat for kids and adults alike. Shortly thereafter, Rockwell directed the first-time outing of CST’s Shakespeare In The Parks program, which kicked off with “The Taming of The Shrew.” “Shrew” toured to eleven different outdoor locations, playing for free to anyone with a lawn chair and a love of classic comedy. Rockwell also just as effortlessly helms darker, more mature fare like “Sweeney Todd” or TimeLine’s “Enron.” 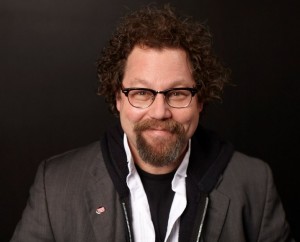 36 Brian Posen
Founder and executive producer, Chicago SketchFest; artistic director, Stage 773
From teaching at Second City, Steppenwolf and Columbia to directing and acting in award-winning shows, it’s hard to find a specific role, genre or title to nail the multi-faceted Posen down. As artistic director of Stage 773, which opened on Belmont in 2010 and was dramatically remodeled in 2011 as a four-theater complex, Posen has his hands in more artistic arenas than ever before. But despite all his accomplishments, it may be the Chicago Sketch Comedy Festival that provides his most impressive credential. This year, the twelfth annual Chicago SketchFest, now the largest sketch-comedy festival in the nation, put on 169 shows with 145 groups and almost 10,000 audience members. That’s a lot of funny. 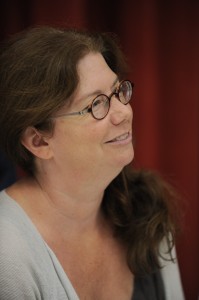 37 Mary Zimmerman
Director and playwright
Two seasons after enticing crowds with “Candide”‘s Voltairean wit at the Goodman, D.C’s Shakespeare Theatre Company and Boston’s Huntington Theatre, director Mary Zimmerman made a literal splash in 2012 with the remount of her emotionally rich, aesthetically triumphant “Metamorphoses” at Lookingglass. “Metamorphoses” moves, along with most of its cast, to Arena Stage in February, but Zimmerman still has a wild year in store for Chicago. She directs the stage production of Disney’s “The Jungle Book,” at the Goodman where Zimmerman is an artistic associate, and if the show proves anything like Disney Theatrical’s other mondo properties, this “Book” will have another chapter. 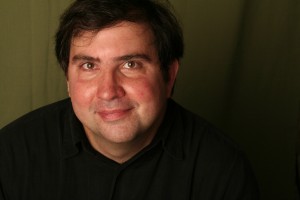 38 Jeremy Wechsler
Artistic director, Theater Wit
Though Jeremy Wechsler’s a fine director—his perennial “Santaland Diaries” shows little sign of losing steam—it’s his entrepreneurial spirit in constructing and operating Theater Wit, the three-theater building in Lakeview, that makes him an essential part of the city’s performing arts community. With a mix of resident companies like Stage Left, Bohemian Theatre Ensemble and The Inconvenience, and rentals from folks ranging from Griffin to Shattered Globe, Wit has become an essential venue for the city’s many companies that operate without a permanent home base. And Wechsler’s innovative membership program, which allows unlimited theatergoing to any of the building’s shows for a monthly fee (think Netflix), has the potential to reinvent and cross-pollinate theater-going in a major new way. 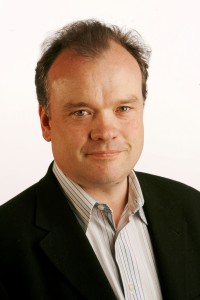 39 Chris Jones
Chief theater critic, Chicago Tribune
In his second decade after taking up the mammoth Chicago Tribune mantle, theater critic Chris Jones’ influence hasn’t yet begun to fade. In fact, it’s growing. In print and on the Tribune’s high traffic “Theater Loop” blog, the wise-cracking Brit covers the major Equity houses and community-center basements with equal aplomb and unrivaled eagerness. A four-star review from Jones can turn a meagerly successful run at a hole-in-the-wall theater into a mega-hit overnight, sold-out extensions and transfers galore. Unbeknownst to many, Chris is not only Chicago’s critic either. His reviews of Broadway shows are often reprinted across much of the Tribune chain of papers, as far away as Florida. Plus, at about 250 shows a year, Jones still covers more performances than just about every other print critic in Chicago. And he does it all with the most disarming wink you’ll ever witness. 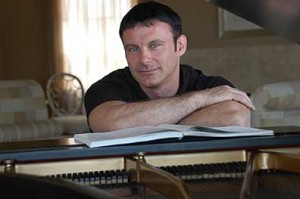 40 Andreas Mitisek
General director, Chicago Opera Theater
Andreas Mitisek recently succeeded Brian Dickie as general director of the Chicago Opera Theater, and if Dickie was known for putting up groundbreaking modern work like the robot opera, “Death and The Powers,” Mitisek goes one step further. Several steps, actually. He has a reputation for leaving the opera house and staging works outdoors, in empty swimming pools and furniture warehouses as the general director of Long Beach Opera, a post he still retains. Mitisek is also a widely praised administrator, having raised subscriptions at LBO by 500 percent and doubling its budget to $1.3 million during his nine-year tenure. With some accumulated debt and an operating budget of about $2.5 million, the brand new general director is expected to repeat his magic here in Chicago.