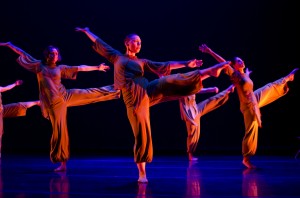 Which dance forms are prioritized, most visible and access more of the pool—or rather puddle—of arts funding is bound up in our national narrative of race and culture. What are the colors of the bodies on stage? How do they move? What do those answers say about where the dance is presented, where and how it’s publicized, how much the audience paid to see it, what that audience looks like?

Three Chicago companies come together next week to open a dialogue about diversity in the dance world: contemporary Mordine & Company Dance Theater, contemporary flamenco ensemble Clinard Dance Theatre and contemporary African-American dance ensemble Deeply Rooted Dance Theater. Shirley Mordine, founder/artistic director of the forty-three-year-old Mordine & Co, organized the event around the theme “what would make you want to come to the table?”

“Two years ago when the Dance/USA Conference was here in Chicago I was in charge of recruitment,” Mordine told me. “We had a MacArthur grant for scholarships and we were trying to get a diverse group of participants. Very little diversity resulted and I was frustrated. Then we went to the Dance/USA Conference in San Francisco last summer. One performance had eight or ten companies of different cultural backgrounds back to back. It was so exciting.” 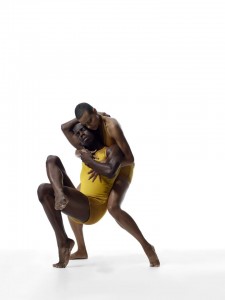 When Mordine returned, she met with Heather Hartley, executive director of dance service organization Audience Architects, Zac Whittenburg, then dance editor for TimeOut Chicago, and Kevin Iega Jeff, founder/artistic director of Deeply Rooted. That meeting lead to community conversations on diversity, organized by Audience Architects. “Audience Architects just got a grant from the Humanities Council to go further with these conversations, but I felt like I’m not going to live that long,” Mordine said. “The talking is important, but part of this is experiencing it in performance.”

Next weekend will give us a bit of both: Mordine & Co share the bill two nights with Clinard and two with Deeply Rooted; each performance is followed by a moderated discussion with the artists. Mordine & Co will perform their new piece “All At Once/Acts of Renewal,” a new work about simultaneity in a hyper-stimulated world and the 2011 “LifeSpeak,” a work about personal stories and how they inform our collective history. Clinard brings “From the Arctic to the Middle East (Broken Narratives by an American Flamenco Dancer),” a dance theater journey linking the modern and ancient world, and Deeply Rooted will present “Naeemah’s Room,” an intimate look at depression, inspired by struggles of Jeff’s sister. My advice: get tickets to two nights if you can, and definitely stay for the discussion. (Sharon Hoyer)