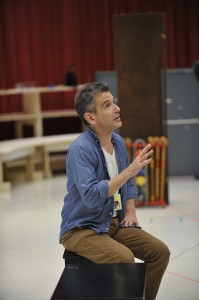 Adding to its previously announced production of Larry Kramer’s “The Normal Heart” starring David Cromer and directed by Nick Bowling, TimeLine Theatre Company has added two more productions to its 2013-14 season, with one final slot (January 14 to April 6) yet to be announced.

Lorraine Hansberry’s classic “A Raisin In The Sun, ” directed by Ron OJ Parson will run from August 20 to November 17 at TimeLine. Company Member Mildred Marie Langford will play the role of Beneatha Younger.

Concurrently, beginning on October 25 and running through December 22, the company’s hotly anticipated revival of “The Normal Heart” will play Stage 773. This production, a more-than-fine replacement for the national tour that rudely skipped over Chicago, will mark Cromer’s first time acting on a Chicago stage in five years.

The Chicago premiere of “Juno,” a 1959 musical with a book by Joseph Stein and music and lyrics by Marc Blitzstein, will play April 23 to July 27 at TimeLine. Nick Bowling will again direct this musical adaptation of the Sean O’Casey’s 1924 play “Juno and the Paycock”, and actress Rebecca Finnegan will star. (Johnny Oleksinski)