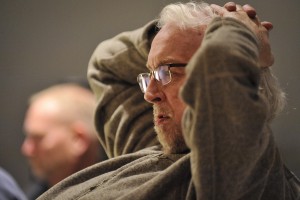 On January 28, @RobertFalls201 tweets, “Day before rehearsal begin & completely panicked; haven’t prepared enough, have no idea how to START & shouldn’t someone else be directing?”

Wait, the Robert Falls? The same Robert Falls whose “Long Day’s Journey Into Night” won the Tony Award for Best Revival of a Play and whose “Iceman Cometh” made Chicago ticket-holders the envy of the theatergoing world? That Robert Falls is “completely panicked?”

Yes, the Goodman artistic director regularly tweets the kind of thought-provoking artistic insights that were once confined to program notes, posthumously published memoir-festos and lucky late-night exchanges at the bar, but are now available on the web browsers and mobile devices of anyone who cares to follow. Falls nostalgically compares the sensation of tweeting to his youthful passion for radio; It has certainly opened up the artistic process and personal life of a powerful and gifted director. Yet, despite this useful new conversational mechanism, it’s still rare for an artistic director to have a Twitter account let alone actually make use of it.

Falls and I sit down in the Goodman’s posh Patrons’ Lounge—a room he says he’s only been in a handful of times before and humorously compares to a W Hotel—to talk about his new production of Shakespeare’s “Measure for Measure” and about his second life on Twitter: two seemingly unrelated topics, but truthfully, all I know of Falls’ production up till now came from his funny and oft-probing tweets.

“@RobertFalls: No surprise 2 those of you far more knowledgeable than I, but MEASURE 4 MEASURE has the wildest tonal shifts of any play I’ve ever worked on.” Falls has addressed this roadblock several times on Twitter during the rehearsal process, and given his O’Neill and Chekhov-checkered resume, I’m always a tinge surprised when he does. But he explains, “Shakespeare is hard for me. I’m not a natural Shakespearean director. I’ve only done four productions in almost forty years. I’ve done ‘The Tempest’ twice, I’ve done’Othello,’ ‘Hamlet,’ and ‘King Lear.’ That’s it.” Refreshingly, he doesn’t think that “Measure for Measure” is Shakespeare’s greatest play or even at the top of his canon, but it’s a text that’s long fascinated him. And it’s a play that he believes is unfamiliar to a plurality of Goodman’s audience.

I learned from a March 13 live-tweet with Falls that he has set this production in 1970s New York City. “@RobertFalls201: M4M, among all [Shakespeare’s] plays, is most urban. It’s clearly re: London 1604 & I see parallels in NYC in the late 70s.” The surreal image that leapt into my mind was Roger Moore driving through Harlem in “Live and Let Die.” After shamefully telling him this, Falls pauses and frankly reassures, “That’s not an image I thought of.”  So, I ask him to further elaborate on this setting and its relevance to Shakespeare’s Vienna. 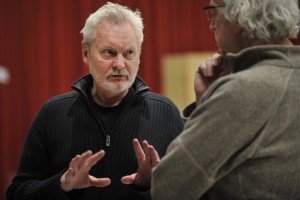 “I was very much around in the late 1970s New York when 42nd Street was—I mean people have a romantic notion—but you could not walk down 42nd Street without feeling that your life was in danger.” On the sexual mischief of a long-forgotten Manhattan, he notes “it was also a time of Studio 54, which was a sort of creepy, drug-driven decadence of a city that seemed to be dancing on the verge of collapse.” He realizes, “Well, that was London. That was Shakespeare’s London to me.”

For his production of what he believes is a black comedy—”Really black. Pitch black”—Falls was also inspired by two recent sensational cases of political, sexual hypocrisy: France’s Dominique Strauss-Kahn and former New York governor Eliot Spitzer. Of Spitzer, he reasons that “here, like Angelo, was a man devoted to the law. A sort of very upright, moral figure who’s cleaning up Wall Street, who’s going after the mob. But he clearly had this dark side, you know, a fascination with prostitution, and he was ultimately brought down.”

Falls expounds upon the commonality of such corruption. “Clearly every six months brings in a new sexual hypocrisy with someone in government with someone else. And usually it’s with a powerless person. A person of power and a person with very little power. And that’s what struck me horribly about Dominique Strauss-Kahn. A guy with enormous power involved in something that happened in a room with a woman of no power, you know, an African maid.” He continues, “I also love that sense that you can never really know what takes place between two people in a room.”

The public-private duality he’s wrestling with on stage also comes into view for Falls on Twitter. “Well, I understand why artistic directors let alone directors don’t tweet. Because I think it’s—dangerous. I think there’s an element of danger within it. And I think it’s tricky because there are all sorts of people you could easily offend.” In inviting us into his process, Falls also exposes his weaknesses in approachable humanizing ways.

“I think I have, at this point in my life, security to admit vulnerability. And I think that when I’m in rehearsal, I’m actually extremely vulnerable. I don’t always know what’s gonna happen. I don’t always come into a production with a major plan. I think most directors are control freaks. Most directors really feel they have to have an answer for everything. And they have to be incredibly, super prepared to a point of rigidity. And I’ve come to feel that, at least for me, I work better and more hopefully deeply in a situation where I’m extremely vulnerable and almost hypersensitive to what’s going on. And I think that allows the actors to become more vulnerable and sensitive in the room.”

“Measure for Measure” runs through April 14 at the Goodman Theatre. Tickets are available by calling (312)443-3800. Follow @RobertFalls201, @JohnnyNewcity and @NewcityStage on Twitter.