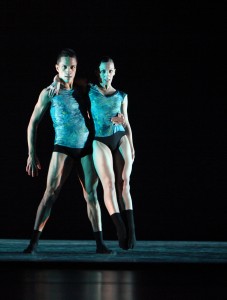 It’s a big year for Giordano: a golden anniversary, a move to the beautiful new American Rhythm Center in the Loop, and the March cover story in Dance Magazine. How better to celebrate than with an extra night on their run at the Harris and a program featuring more than twenty years of repertory. Some highlights: the return of artistic associate Autumn Eckman’s high-octane, electronica-driven “G-Force,” which premiered last year; artistic director Nan Giordano’s choreographic pastiche honoring her father’s style of movement and set to an original jazz score by George McRae; and the premiere of “La Belleza de Cuba,” by choreographer to the stars Liz Imperio. The piece is a blend of Latin, Afro-Cuban, jazz and contemporary techniques and celebrates Imperio’s Cuban roots. (Sharon Hoyer)