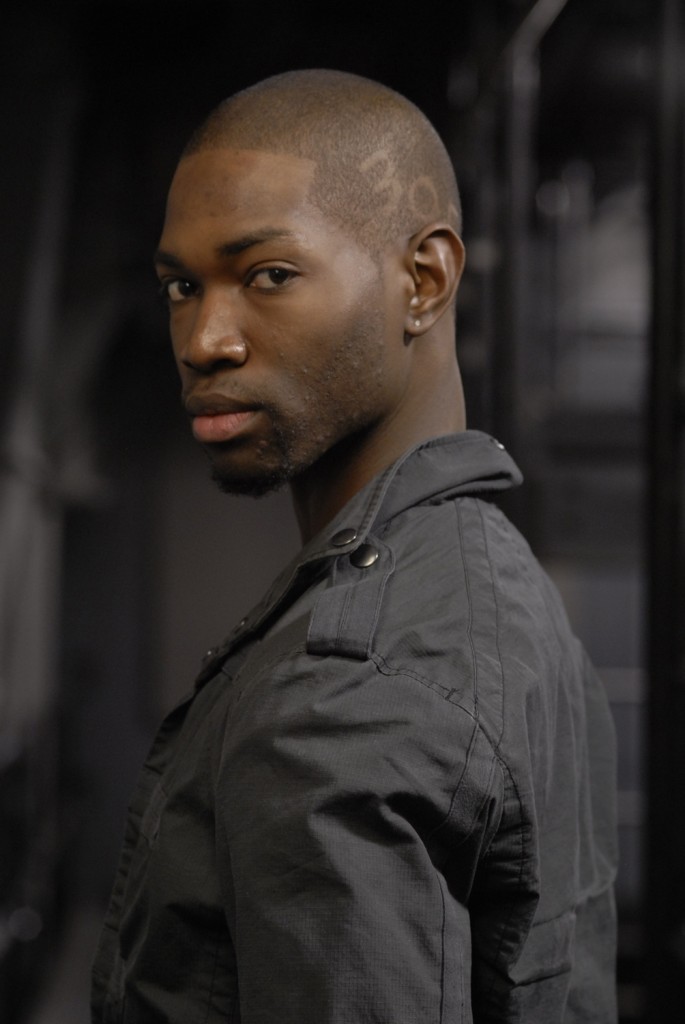 “I’m a sock guy. I love socks,” says Tarell Alvin McCraney, glancing down at my feet. I’m wearing striped socks with an alternating spectrum of pinks divided by thin lines of navy blue. That proudly garish footwear is accompanied by a new blazer with patched elbows, a pressed pink shirt buttoned up to the neck, dark skinny jeans and black leather shoes. My outfit was strategic. It’s always ideal to relate to the person you’re interviewing, not unlike in a job interview, and McCraney is an impeccable dresser.

A perusal of his past photo shoots reveals a meticulous ensemble that’s Buddy Holly-cum-GQ model, scholarly but easygoing. Explaining my own prim-and-proper appearance, I tell him that I’m prematurely dressed for the opera—a partly true statement. Sure, I am going to Lyric later, but I’d attend the opera in a hoodie without much hesitation. Right now, I am dressed to impress. “I actually have those socks,” he points out. Skeptically I reply, “I bought them at an H&M, but I’m sure a lot of people make them.” “No. I have those socks. I love socks. If you came on a day when I actually had on clothes, you’d see I have all kinds of socks like polka-dot socks, crazy color socks.”

Today, McCraney, one of the most prominent playwrights of his generation, adorns more casual attire, and he laments the inevitability of another photo shoot for this story. “We need to sell tickets, right?” I nod. “Because usually I’m not thinking about that, so I just showed up in some sweats, some sneakers and white socks for God’s sake.” He assures me, “I never wear white socks.” I tell him, honestly, that I think he looks good. “Oh God, I look like hell. But I always look like hell ‘cause see I’m in tech, so I kinda like—I always look like hell. I’m always just sleeping and reading and then, you know, working on stuff. I don’t go outside.” He laughs a truly disarming laugh. His excuse is as good as any. It is tech week for “Head of Passes,” a world-premiere play by McCraney at Steppenwolf Theatre, where he is an ensemble member. And during tech, as the playwright physically recedes into the darkness and his words become illuminated on the stage, his clothing can become comfy. 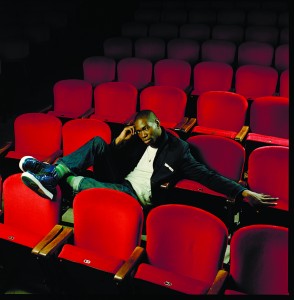 Whether polka-dot socks or grayscale sweats, a Tarell Alvin McCraney world premiere is a boldfaced, underlined event. The 2009 inaugural New York Times Outstanding Playwright Award winner is renowned around the country, and theatergoers from coast to coast will doubtlessly descend on Steppenwolf this spring to take in his newest offering. At a recent performance at the Actors Theatre of Louisville, an innocuous young actor sitting next to me, after discovering that I was visiting from Chicago, took a moment to tell me he’d heard “Head of Passes” was McCraney’s best play yet. I asked him how he could know such a thing, as there had barely been a preview. Well, it turns out his friend had auditioned for the play some months ago, and while he didn’t get the part, the guy was nonetheless so awestruck by its brilliance that his response necessitated an out-of-state phone call to my next-seat neighbor.

“Head of Passes”’ reverberations won’t only be felt in America either. McCraney has even established himself as a theatrical fixture in England thanks to successful Olivier Award-nominated productions at the Royal Court Theatre (the American premiere of “Choir Boy” from the Royal Court will begin Off-Broadway at Manhattan Theatre Club in June) and the Royal Shakespeare Company. He is among the brightest spots on the American and world theater’s radar, and he’s partly ours.

McCraney joined the Steppenwolf ensemble during the theater’s 2010 four-month repertory production of his trilogy “The Brother/Sister Plays,” which consists of “In The Red and Brown Water,” “The Brothers Size” and “Marcus: or the Secret of Sweet.” A fantastic side note: One of McCraney’s major advocates was “August: Osage County” playwright Tracy Letts. Steppenwolf Artistic Director Martha Lavey tells me, “We did ‘The Brother/Sister Plays’ and [Tracy] said, ‘This guy should be in our ensemble.’” So spoketh Pulitzer Prize and Tony Award-winner and endlessly encouraging leader Letts, and so, it was. McCraney is the forty-third member and among the youngest talent of the crop.

Added in April 2010, he remains, today, the most recent addition to the venerable group of actors, playwrights and directors, an association he takes very seriously. Despite the playwright’s many artistic titles elsewhere, be they official (he is a resident playwright at New Dramatists in Manhattan and was the International Playwright in Residence at the Royal Shakespeare Company in England from 2009-2011) or unofficial (his work is often performed at the Royal Court Theatre in London and at New York’s Public Theater), he is completely devoted to Steppenwolf and the definition and idea of “ensemble.” 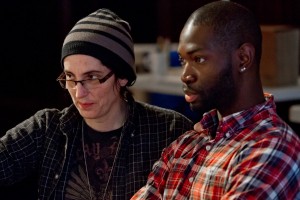 She also brings up that “the whole point of Steppenwolf is to encourage repeatable creative relationships,” and McCraney’s unique, near-spiritual connection to director Tina Landau (by Landau’s count, this is their sixth collaboration) was all the more cause for his inclusion. “I’m not a part of any other ensemble. I’m not a part of Labyrinth. I’m not a part of ACT. I’m part of the Steppenwolf ensemble. So, I treat that with the respect and the discipline that one has to and needs to, to make sure that the ensemble is fed, but also that I’m pulling my weight, as it were. I don’t even know what that means, but whatever it means to me and to them, I make sure I value that contract.”

McCraney grew up in Liberty City, a neighborhood in Miami best known for its rampant crime and poverty. “See, that’s the stuff I’m never interested in talking about. And it’s always so funny that other people are interested in it, ’cause I’m like—who cares?” He has plenty to say about his childhood training though, a rigorous theatrical immersion uncommon, not only for someone of limited financial means, but also for a person so young. It’s clearly a point of immense pride for him. “I just happened to get a chance to practice making theater in very complicated ways very early, starting back when I was nine years old.” He mentions that he’s recently read Malcolm Gladwell’s “Outliers,” a book that finds commonalities with successful people, one of which is beginning at a young age.

Unlike the rest of the theaterverse, McCraney doesn’t necessarily consider himself among that Successful Persons’ Club yet, but he couldn’t help but make the comparison. He spent his younger years at the African Heritage Cultural Arts Center. “It was one of those outreach programs for the disenfranchised that was an artistic facility in the middle of urban wasteland. It basically provided free after-school and summer artistic programs for students like myself and Alana Arenas.” A Steppenwolf ensemble member since 2007, Arenas met McCraney about twenty years ago when they were both eleven. “We got a chance to start cutting our teeth practicing in almost a conservatory-like way.” None of his childhood education was private, mind you. Of expensive performing arts magnet schools he was never able to attend, he says “you hope you would give those to your kids if you had the chance, but of course my parents couldn’t afford anything like that. And I don’t think I would’ve asked them to pay for it if they could.”