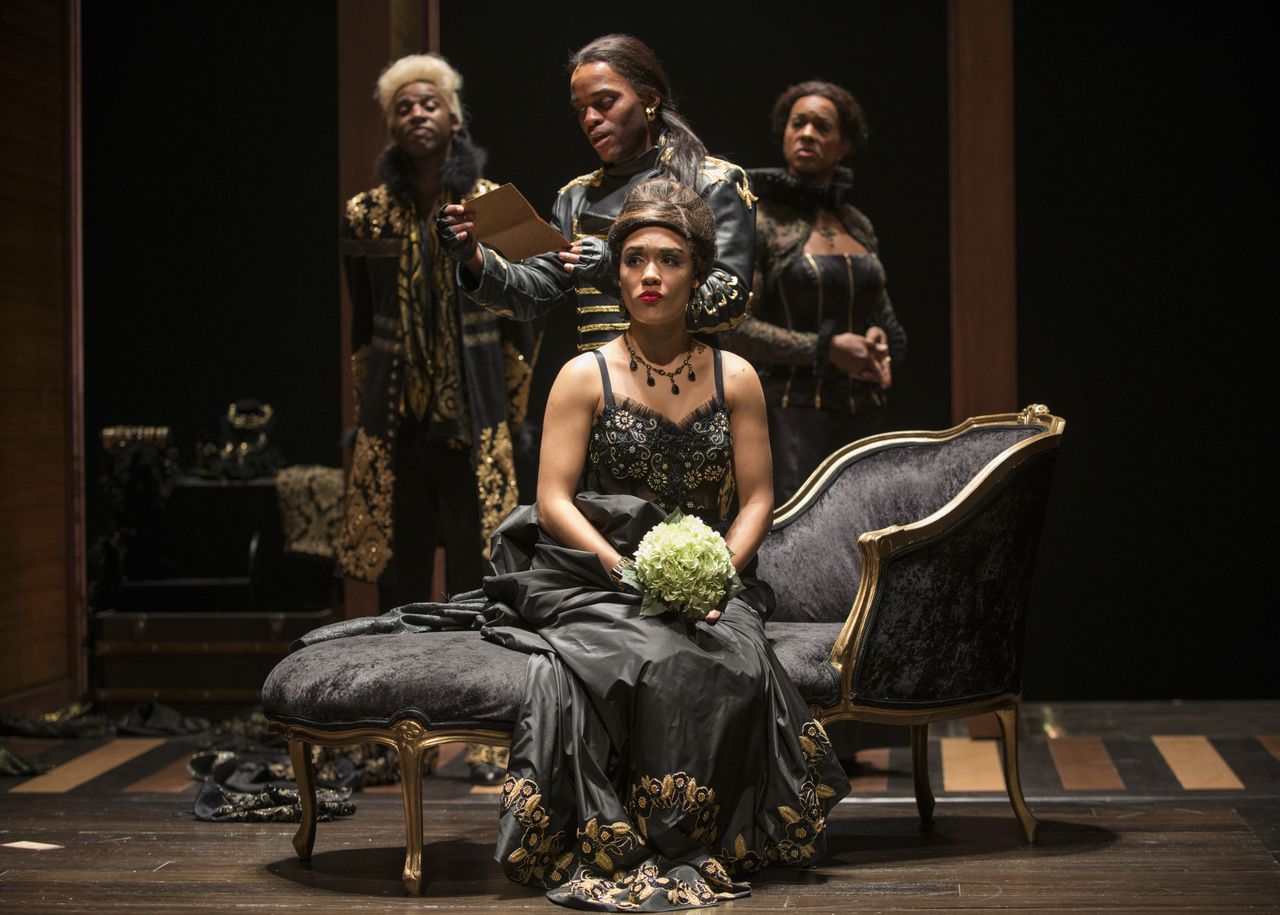 Though its setting is seventeenth-century French aristocracy (it premiered in 1666, near the beginning of Louis XIV’s reign), Molière’s “Misanthrope” is a wholly contemporary play. The misanthrope, Alceste, is channeled in many people we all know, either professional critics or self-styled ones who see themselves as outside of and superior to prevailing society. And the coquettish Célimène, with her entourage of suitors and hints of promiscuity, is the very model of the contemporary female pop star.

Add to this the bracing wit in the text, delivered in rhyming couplets, and you have a work that derives its effectiveness in production from casting and pacing. In this regard, Court Theatre’s new rendition, directed by artistic director Charles Newell, succeeds rather well. Erik Hellman soars as Alceste, with a crisp sense of character undercut by a pervasive self-doubt often conveyed physically as well as in line delivery, and the court of suitors for both Alceste and Célimène are a grab bag of drama queens of various ilk, delivering laughs in gesture as well as word.

As powerful as a stripped-down version of this play—just actors and text—would be, directors rarely are content to deliver such, given the thousands, perhaps tens of thousands of productions it’s seen in its nearly four centuries—they want to make it their own. Newell does this in a couple of ways: John Culbert’s set design is high contemporary style, all black and gold, fused with strong baroque motifs. The stage is dominated by a lush gold ruched curtain at its center, and Jacqueline Firkins’ costumes, vaguely militaristic for the men, with exposed bare chests, and bosomy bustiers for the women, could be drawn from sketches for Michael Jackson videos never made. The whole thing has a very Baz Luhrmann flavor, which works.

Court is launching the serious-sounding Center for Classic Theatre with this production and, it seems, the ramped-up mandate may have led Newell to some peculiar choices as well. A fair bit of pre-opening attention was given to the fact that the cast is all African-American with the exception of Hellman playing Alceste, who, though prone to his own foolishness, is certainly the most sympathetic character on stage. I could not decipher Newell’s intent in doing this, and the mental energy devoted to doing so distracted from the show’s greater merits. In the end, I decided that perhaps he just wanted a skin palette more consistent with the overall design. Is that offensive? Maybe not in a post-racial world. (Brian Hieggelke)