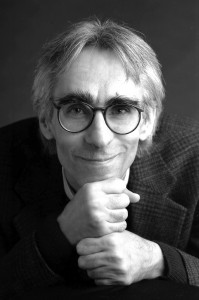 Playwright and Chicago native son David Ives is receiving a rolling homecoming by happenstance this season and next. Last winter, Chicago Shakespeare Theater presented his adaptation of Molière’s “The Misanthrope,” called “The School for Lies.” Next March, the Goodman Theatre will stage the Chicago premiere of his thunderous Best Play Tony Award-nominated “Venus in Fur” (Nina Arianda won Best Actress). And coming up later this month is “The Liar,” Ives’ modernly classic take on Pierre Corneille’s little-known “Le Menteur” at Writers’ Theatre in Glencoe.


Since beginning its life at the Shakespeare Theatre Company in Washington D.C. in 2010, “The Liar” has seen several productions around the country. But Ives desired to be present for some of director William Brown’s rehearsals at Writers’ just like he was for “The School for Lies” on Navy Pier. Does he have an excess of frequent-flyer miles? “Well, I don’t usually do that, but I like Michael Halberstam and his theater. It is my hometown, and having just had ‘School for Lies’—which I thought was a terrific production—‘The Liar’ is sort of a sister play to ‘The School for Lies.’ I just wanted to put in my two cents about it because it was important to me that it gave its best.”

It’s odd to hear Ives, sixty-two, describe these plays as sisters since “The Misanthrope” is so widely performed and “Le Menteur” is unknown to even most of the cream of the theaterati. Finding Corneille’s play was kind of like digging up buried treasure for the playwright. “Michael Kahn at the Shakespeare Theatre in Washington had liked my ‘A Flea In Her Ear,’ and they had found this Corneille play called ‘Le Menteur’ and sent it to my agent. And my agent said, ‘I’ve never heard of this play,’ and I never had. But I read it and I just fell in love with the play. I felt like somebody had handed me ‘A Midsummer Night’s Dream’ in French and nobody knew about it.”

Ives has become, by no purposeful act, the translator of French plays in America. Chicago audiences will recall his version of “A Flea In Her Ear,” directed by Gary Griffin for Chicago Shakespeare in 2006. A year later, he translated French playwright Yasmina Reza’s (“God of Carnage”) “A Spanish Play” into English for Classic Stage followed, of course, by “The Liar” and “School for Lies.” Why so much French? “I had a couple of years of it at Northwestern with an exceptionally attractive French teacher. And had a girlfriend who lived in Paris who I visited for a month many years ago.” He goes on. “I read French quite well. Especially seventeenth-century French,” he laughs. “But if you ask me how to say, ‘I have to take the dog out’ and ‘How far is the grocery store?,’ I wouldn’t really be much help to you.” Regardless, Ives would much rather be a playwright with an adequate background in French translation and adapt the plays than some mechanical, academic scholar, however brilliant.

He gives an example of how somebody can mess up the simplest word. “If a character in French says ‘Oui,’ in English that can be ‘Yes,’ ‘Yeah,’ ‘Okay,’ ‘Uh-huh,’ ‘You bet,’ ‘Sure.’ It depends on who the character is. And you have to be a playwright in order to do that. A French translator will see ‘Oui’ and say ‘Yes.’ And very few people say ‘Yes’ anymore. You have to figure out who that character is to figure out what they’re saying.”

Now considered a foremost adapter of foreign works—“Venus in Fur,” though a new play, uses dramatized segments from Leopold von Sacher-Masoch’s controversial nineteenth-century German novella—Ives is interested in segueing away from the French and possibly into some Greek drama. “The Greeks present so many problems,” he says, giving the unison chorus as an example. But he’s pointedly irked by the fact that most English Greek adaptations are sterile and unfunny. “There were characters wearing fake phalluses! It was pretty raucous. I think we need to get back to the raucousness.” He perks up to say that Stephen Sondheim, Burt Shevelove and Larry Gelbart’s “A Funny Thing Happened On The Way To The Forum” is one of the best Latin plays ever written in English.

It truly is a funny thing because Ives is currently collaborating with Sondheim on a new musical, a hotly anticipated though generally hush-hush project. Also, late this winter, one of his most famous efforts, “All In The Timing” received a critically lauded revival by Primary Stages in New York City for its twentieth anniversary. For now though, Ives is thrilled about Writers’ production and he has become increasingly fond of Chicago actors. He recalls Heidi Kettenring’s perfect performance as Eliante in “The School for Lies.” “My God! She was my ideal of an actor. She was just amazing. Her natural gift for speaking verse. It was like song.” And of Writers’ current band of players: “It’s a great cast you know. When I was there for rehearsals, it was a joy working with these actors. The two guys in the lead—I thought they were fantastic.”

“The Liar” begins at Writers’ Theatre, 325 Tudor Court in Glencoe, on May 21 and runs through July 28. Visit writerstheatre.org for tickets.