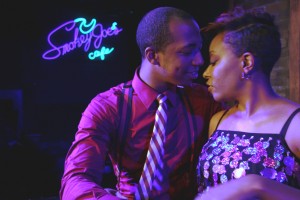 Folks around these parts call it “Theater Prom” for a reason. The banter is awkward, the recipients are unprepared and the liquor flows freely—no matter where you get it. I personally snuck a water bottle full of vodka and cranberry juice into the venue to avoid paying oodles for drinks (Sorry, Park West). You know, kind of like your average Midwestern high-school prom. And this year’s ceremony, the fortieth, certainly lived up to its unofficial monicker.

Actor Joe Dempsey hosted the ceremony, which was directed by Chicago favorite Jonathan Berry. Richard Cotovsky, Artistic Director of Mary-Arrchie Theatre, received a Special Award for achievement, and his very funny and insightful speech was doubtlessly the highlight of an otherwise pretty dull ceremony. “This is a humbling experience, but I waited a long time and finally got what I wanted,” said Cotovsky to a chorus of laughter. More so than many lifetime achievement-esque speeches I’ve heard, there seemed to be a deeper story behind each name Cotovsky thanked. “These are just some stories. I’ve got a million of ’em. They’ll play the music,” he said glancing at the onstage band, “but maybe I don’t get the music.” He didn’t tonight.

The winners were an eclectic and sometimes perplexing mix, like any awards ceremony. Best Production of a Play went to the now itinerant Circle Theatre’s “When The Rain Stops Falling.” Pride Films and Plays’ “Under The Rainbow Flag” snagged Best Musical from favorites like Circle’s “Reefer Madness” and The Hypocrites’ lauded “Mikado.” And “Smokey Joe’s Café,” the only nominee for Best Revue (in my opinion, if there is only a single nominee, as there was in two categories tonight, the category should be omitted), of course, won its category. Sideshow Theatre Company’s “Idomeneus” won Best Ensemble, but wasn’t nominated for Best Production. Mary-Arrchie’s popular “The Glass Menagerie” was nominated for two acting awards, winning one for Walter Briggs, but was snubbed for Production and Director. The big winners of the night were The Den’s “City of Dreadful Night,” Circle’s “When The Rain Stops Falling” and Theo Ubique’s “Smokey Joe’s Café,” each winning only three awards apiece. Those are just some of the many intriguing inconsistencies under the disco ball at this year’s Theater Prom.

And the winners are…

PRODUCTION – MUSICAL
“Under A Rainbow Flag,” Pride Films and Plays