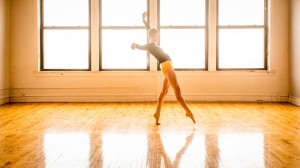 As the title suggests, Archipelago—organized by Lizzie Leopold of the Leopold Group—is a collection of solo pieces that are individually formed but conceptually linked, a greater unit comprised of discrete parts. The eight contemporary choreographers involved in the project—Leopold, Ronn Stewart of CoCoDaCo, Enid Smith of enidsmithdance, Mad Shak alums Jessie Marasa and Kristina Fluty, Joel Valentin-Martinez, frequent choreographer for Luna Negra Dance Theater, Cara Newman from Core Project Chicago and Matthew McMunn, dancer with Synapse Arts Collective and, most recently, Peter Carpenter Performance Project—are collaborating for the first time, along with musician Packy Lundholm (of I Fight Dragons) who creates the score. They will all meet together for the first time just four days before opening night, each with ten minutes of choreography that will be shaped into a cohesive collection over the course of the week. Leopold describes the concept as “an experiment in collaboration, chaos and community: exhilarating and terrifying, like most worthwhile art-making.” Leopold said her motivation was to break the solitude of working strictly in her own company surrounded by her friends. We should all take a note from Leopold this January. What better way to kick off a new year than by opening oneself up to frightening new challenges and rewarding new relationships? (Sharon Hoyer)