Once was the time, when it came to performing arts, that Chicago was a great place to come from. But thanks to the constant upward trajectory of our community, Chicago is now a great place to come from AND to return to. Every year we see more and more evidence of this, whether it’s the regular homecomings of the likes of Michael Shannon and David Cromer, the Chicago reorientation of international stars like Renee Fleming and Riccardo Muti or the burgeoning national reputations of Tracy Letts and Alejandro Cerrudo, we’ve got quite a perpetual show going on. That means of course, that culling a growing short-list of 300 or so down to the fifty folks who make up this year’s Players, is getting more painful. But we’re crying tears of joy as we do it. What follows are the fifty artists (as opposed to last year’s behind-the-scenesters) in dance, theater, comedy and opera who are making the greatest impact on Chicago stages right now.

All photos were taken at the Music Box Theatre in Chicago.

1  Tracy Letts
Actor, playwright
Last year he won a Tony for Best Actor, became a series regular on Showtime’s “Homeland,” penned the screenplay for the film adaptation of his Pulitzer-winning “August: Osage County” (starring Meryl Streep and Julia Roberts, no less)… It might actually be easier to list the thing he hasn’t done recently: he hasn’t stopped working. In fact, he’s back to Broadway this year with Will Eno’s “The Realistic Joneses” alongside Marisa Tomei and Toni Collette.

2  Renee Fleming
Opera singer
When one of the world’s best-known opera singers signed on as creative consultant at the Lyric Opera (a gig reportedly worth just under $500,000 per year), the timing was perfect, with equally renowned classical music superstar Riccardo Muti coming on board at the Lyric’s cross-Loop classical music rival, the CSO. Though Fleming’s role here is far less central than the music director of the Symphony, her impact has been significant, from often becoming the public face of the Lyric to encouraging the company’s move into selective production of American musicals—most recently with a role written for her, that of Blanche DuBois in “A Streetcar Named Desire”—to performing recitals at fundraisers. But our favorite story is how the innovative partnership that became “The Second City Guide to the Opera” was her idea, based on a visit with her husband as typical tourists to the famed sketch comedy shrine. Needless to say, the resulting marriage of two unlikely partners was a sold-out success. 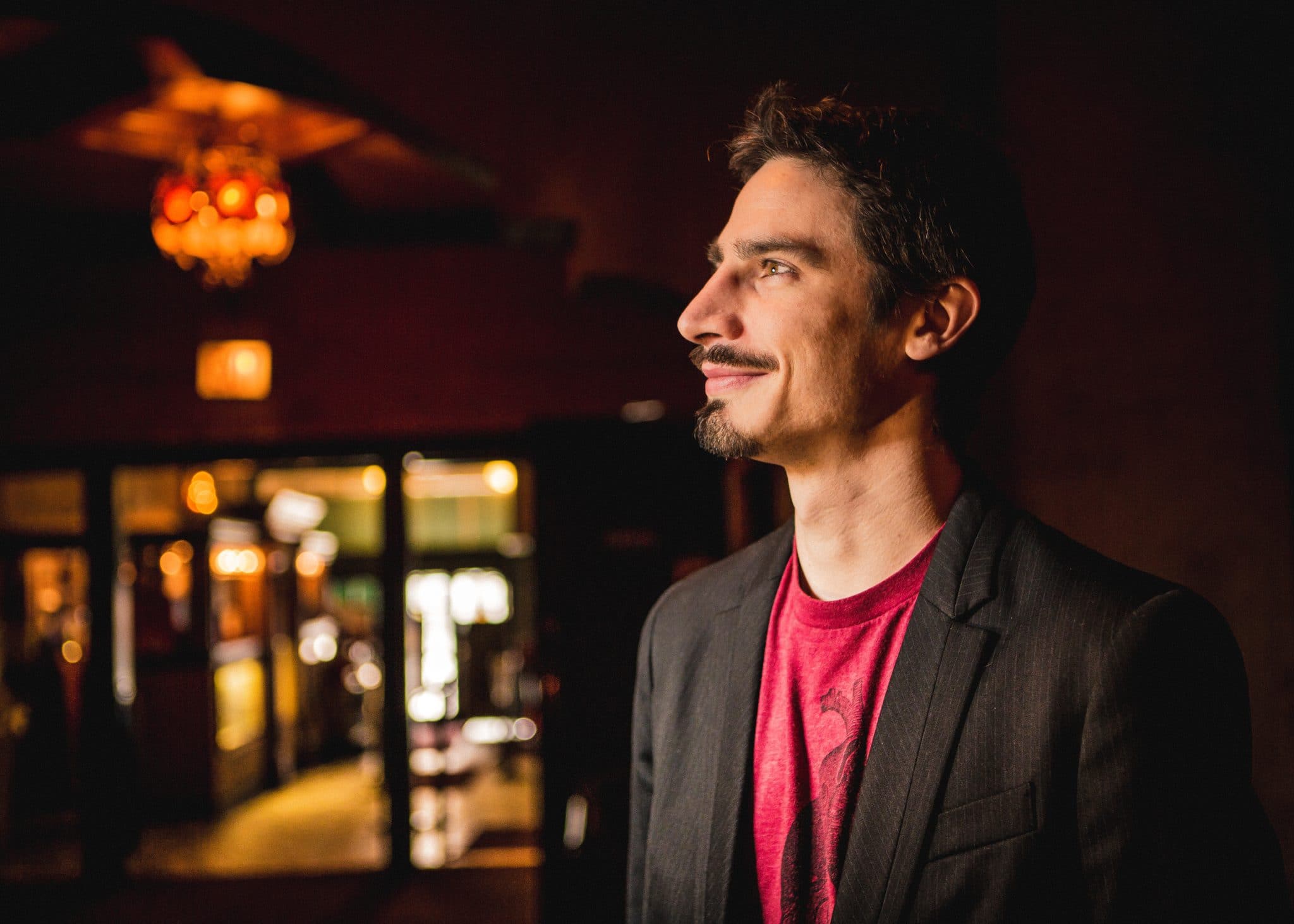 3  Alejandro Cerrudo
Choreographer, dancer
Hubbard Street Dance’s Resident Choreographer proved his versatility and scope in 2012 with the epic “One Thousand Pieces,” his (and Hubbard Street’s) first evening-length work. The company presented the piece again last fall due to its warm reception. In the last few years Cerrudo has garnered national and international attention, with commissions around the country and globe. The most recent feather in his cap: an invitation to create a duet for New York City Ballet legend Wendy Whelan, debuting in Chicago this spring.

4  Robert Falls
Director
As artistic director for Chicago’s largest nonprofit theater, you might expect the Goodman’s Robert Falls would have little time to pursue his craft on the production level. But Falls directs every season, usually helming the theater’s most high-profile and acclaimed productions. Sure, his Eugene O’Neill interpretations make national news for their intensity (most recently, “The Iceman Cometh” with a cast that included both Nathan Lane and Brian Dennehy), but he’s got big range, from the astonishing “Measure for Measure” last season, to the nuanced “The Seagull” a few seasons earlier. Not to mention nurturing relationships with contemporary playwrights like Rebecca Gilman, whose world premiere of  “Luna Gale” opens in a couple of weeks under his leadership. And every year or two he kicks it in New York as well, most recently overseeing the off-Broadway premiere of “The Jacksonian,” starring Ed Harris, Glenne Headly, Amy Madigan and Bill Pullman. In his nearly thirty years of leadership at the Goodman, the theater has stayed close to the cutting-edge even as it continues to grow into one of the city’s largest cultural institutions. You can thank Falls for setting that tone personally. 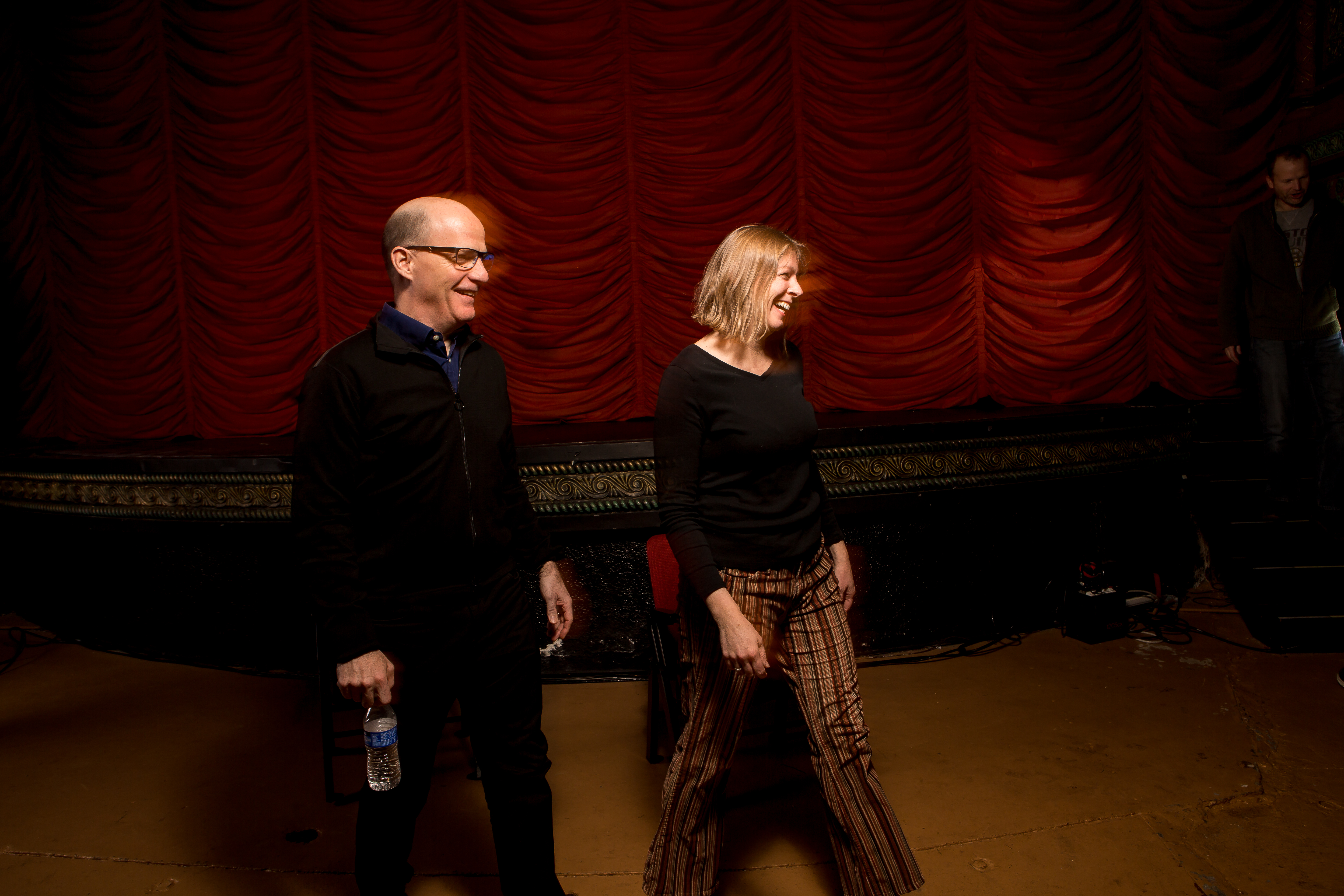 5  Charles Newell
Director
Having just won the Fichandler Award for directors “transforming the landscape of regional theater,” Charlie Newell is on a veritable roll within the Chicago scene. Just a few recent credits include (all at Court, his artistic-directing hallowed ground) “Angels in America”; “Tartuffe”; “Caroline, or Change”; and the upcoming “M. Butterfly.” A master of contemporizing classics, Newell has been called one of the most exciting directors working in Chicago today by most of the critical elite. His productions are always worth the trek to Hyde Park.

6  Michael Shannon
Actor
There are those who take the fame and run, leaving behind the very people who supported them while they were starting out. And then there is Michael Shannon. Just under a month after “Man of Steel” (the fifth highest-grossing movie of 2013) stormed movie theaters featuring Shannon as an intergalactic villain, this veteran Chicago actor opened a slightly smaller production, returning to his roots for a kick-ass (but decidedly unglamorous) run of Sam Shepard’s “Simpatico” at A Red Orchid Theatre, where he remains an active ensemble member. He stuck around Chicago to host A Red Orchid Theatre’s 2013 gala, perform in the mysterious “White Rabbit, Red Rabbit” at the MCA and do a Q&A after a free screening of his new film “The Harvest” at DePaul University. Now that’s the kind of guy who deserves to be famous.

7  Amy Morton
Actor
A Chicago luminary (and workhorse), Amy Morton is a threat both on the stage and in the director’s seat. She earned a Jeff Nomination (her tenth) for her direction of “Clybourne Park” at Steppenwolf before re-tackling the role of Martha in “Who’s Afraid of Virginia Woolf” after it relocated from Chicago to Broadway, promptly earning herself a Tony nomination (her second) for Best Actress in a Leading Role in a Play in 2013. And she’s wasted no time getting back to Chicago: she’s helming the world premiere of “The Way West” for Steppenwolf, opening in April. 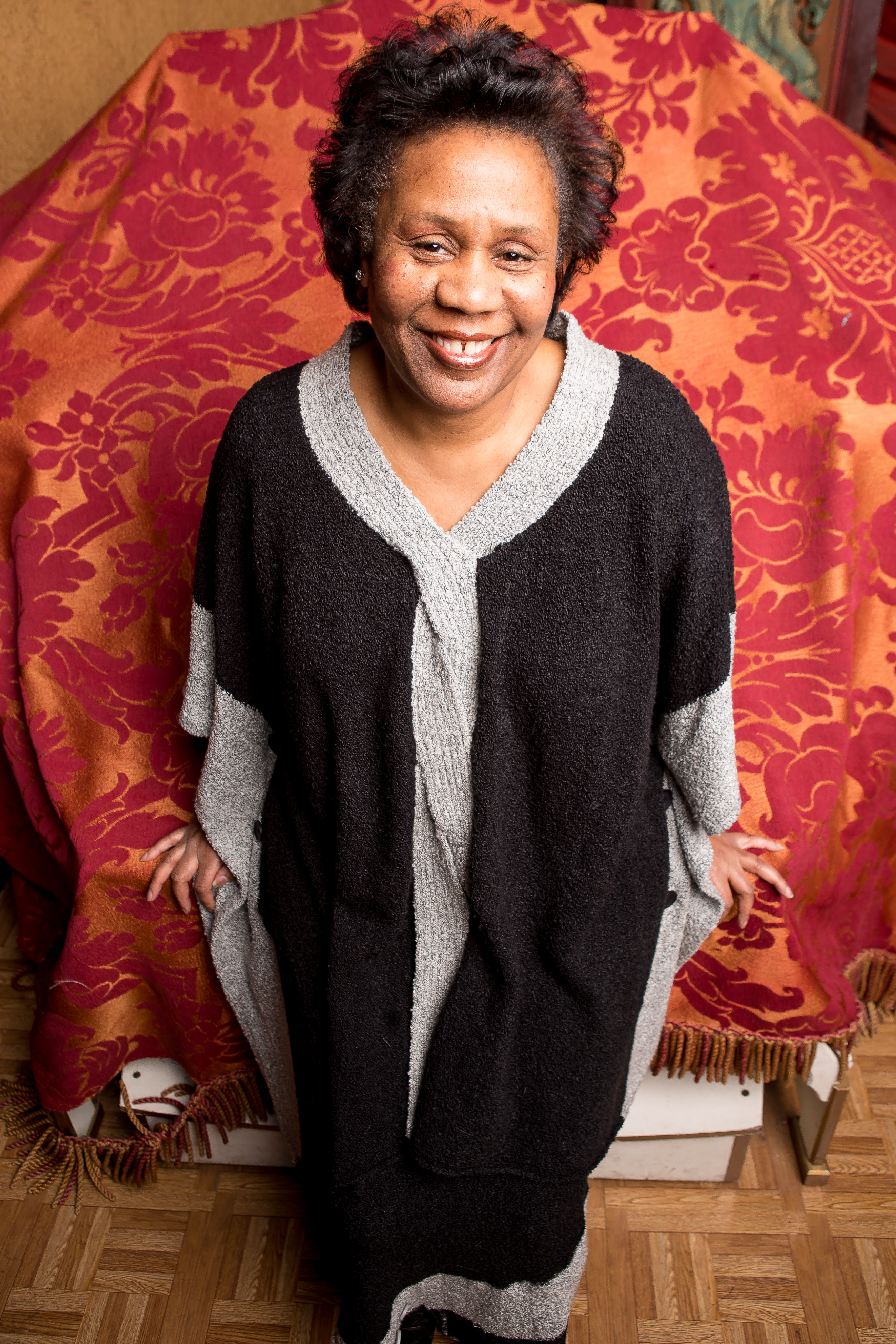 8  Jackie Taylor
Director, playwright
Let’s be honest, after the splashy creation of the more-than-impressive Black Ensemble Theater Cultural Center in Uptown a few years ago no one thought this Chicago dynamo would be taking the much-deserved break she’s earned after writing and producing over 100 plays, but she’s stayed as heavily involved as ever in shows since then, continuing an astonishing body of work, including writing, producing and co-directing credits for the currently running “It’s All-Right to Have a Good Time: The Story of Curtis Mayfield.” There’s a reason most of BET shows have the words “Jackie Taylor’s” before the title.

9  Gary Griffin
Director
Though the rest of American theater knows Gary Griffin for an eclectic mix of musical theater, most notably “The Color Purple” on Broadway, with respect to his helmsmanship of “Oklahoma!” at the Lyric Opera, here in Chicago he’s our Sondheim guy. At his Chicago Shakespeare home, where he serves as associate artistic director, he’s delivered—just recently—magnificent productions of both “Follies” and “Sunday in the Park With George.” This winter, he’s back with “Gypsy” and “Road Show,” a Sondheim musical still finding itself (it played the Goodman in 2003 as “Bounce”).

10  Anna D. Shapiro
Director
This directorial sage repeatedly takes on middle America. Often working with scripts by Tracy Letts she has found the right holy and frightening mix of family shenanigans: hard to watch, and oh so familiar. A Steppenwolf ensemble member since 2005, when receiving her Tony for the Broadway debut of “August: Osage County” she humbly remarked that she was overwhelmed by Letts’ handing her the script and saying simply, “Wanna?” We wonder if she used the same language when casting James Franco in her upcoming Broadway revival of “Of Mice and Men,” officially opening on Broadway in April.