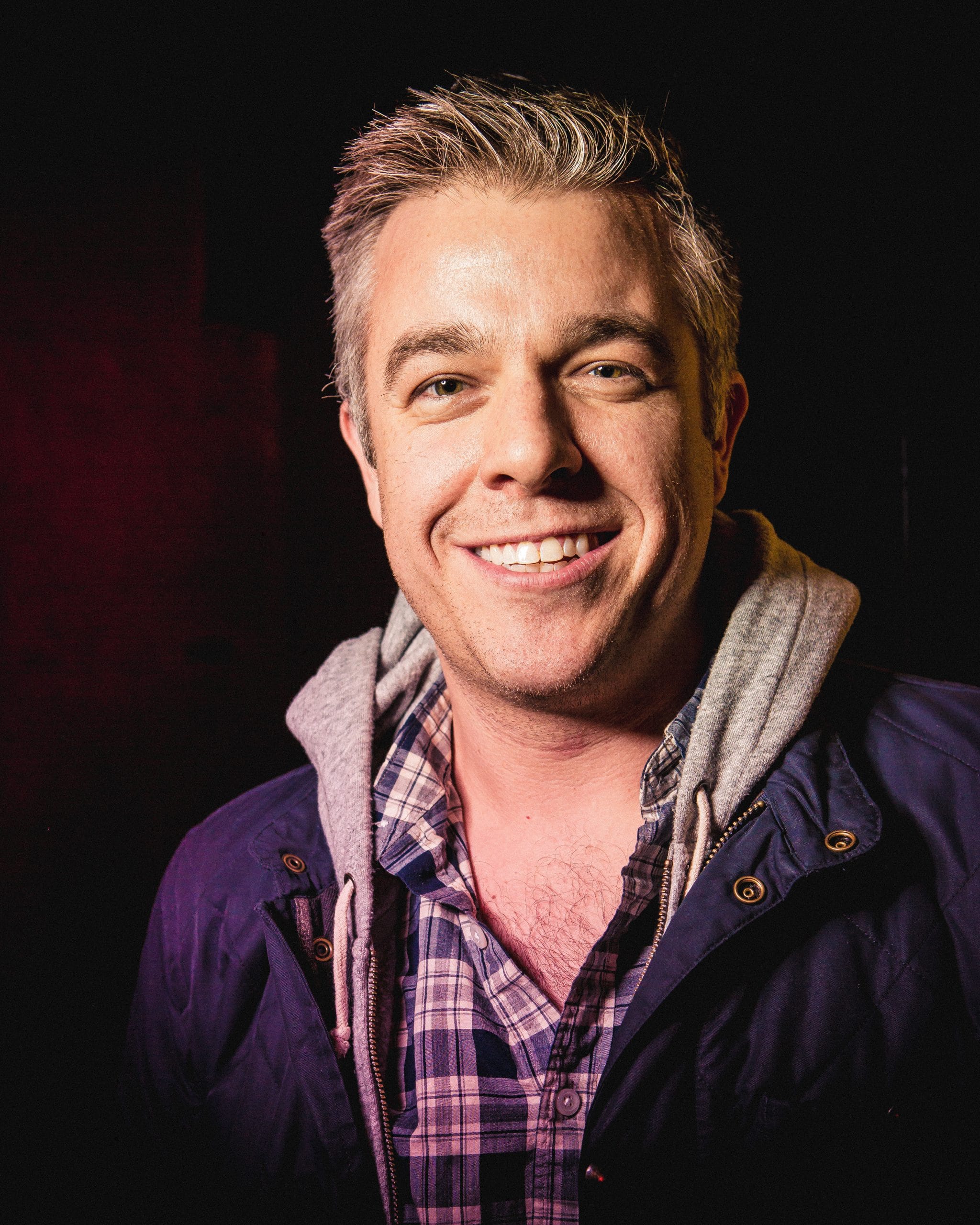 31  Nathan Allen
Director, playwright
It takes some serious balls to launch a fantasy trilogy for the stage, especially when that trilogy spans three years and tells the story of an entire kingdom across grasslands, forests and seas. But with the well-established The House Theatre of Chicago (where he serves as artistic director), writer/director Nathan Allen is making “The Iron Stag King Trilogy” a reality (with parts I and II produced over the last two years and the finale forthcoming). He must be doing something right; he’s got Tony winner Tracy Letts voicing a giant animatronic dragon.

32  Larry Yando
Actor
Larry Yando is the kind of actor who makes you forget anyone else is on the stage. He’s that good in every show he does. His Roy Cohn in Court’s 2012 “Angels in America” production was so stunning that it even informed our reaction to his portrayal as Scrooge in Goodman’s “A Christmas Carol.” One of Chicago’s consistently best performers, he turns up in just about every high-profile production, it seems, from Shakespeare (recently, “Hamlet” at Writers and “Julius Caesar” at Chicago Shakes) to musicals (“Jungle Book” and “Candide” at Goodman). Want to see topnotch acting? Look for the Larry Yando name on the credits and you can bank on it. 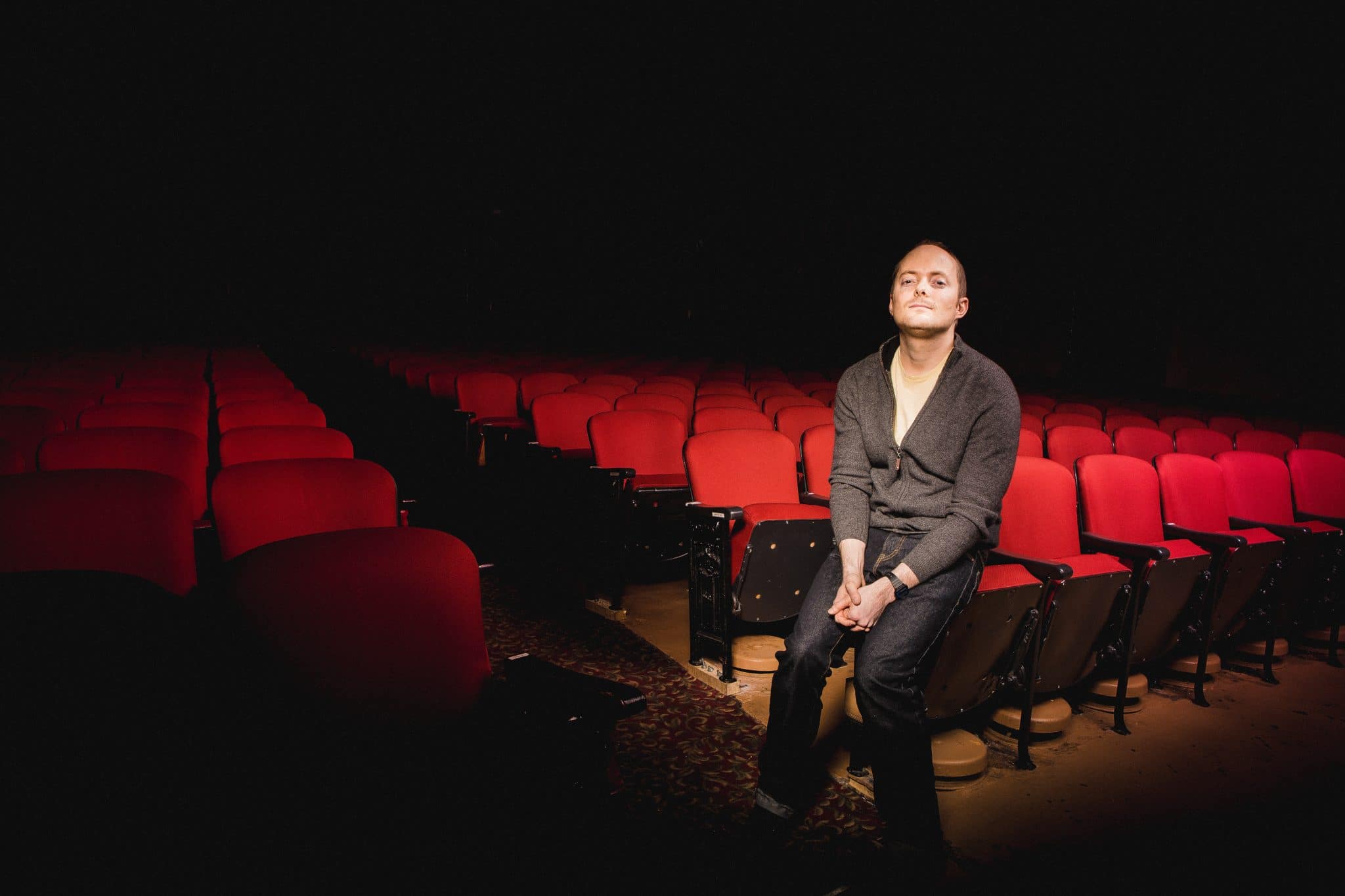 33  Dean Evans
Actor
On top of working with the likes of Second City, iO, Redmoon and the Neo-Futurists, this one of a kind professional clown and mime has created and performed in impossible-to-categorize (but mesmerizing as hell) one-man shows like “The Magical Exploding Boy” and “Honeybuns.” For the 2013 holiday season, he joined in the remount of the critically acclaimed “Burning Bluebeard” with The Ruffians, reprising his playfully sinister show-stealing character with a glint in his eye ever-so-vaguely reminiscent of Honeybuns. The internet will soon get a taste of Evans’ comedic sensibilities as he’s currently working on a four-part film series based on himself, simply titled “Dean Is” (which he recently showcased at SketchFest).

34  Kevin Depinet
Scenic designer
One of the city’s most in-demand scenic designers, chances are good that when you take a look at your program’s credits, you’ll find the best sets are courtesy of Kevin Depinet. From this season’s “Smokefall” at the Goodman, which created just the right mix of magic and realism, to more classical interpretations at Chicago Shakespeare, Depinet shares a wide field of vision. And he can go big (“Iceman Cometh” for Goodman) and intimate (“A Little Night Music” at Writers) with equal finesse. But designing fifteen to twenty productions a year isn’t quite enough to fill all of Depinet’s hours, so he’s also launched XL Scenic with fellow superstar set designer Todd Rosenthal, where they design museum exhibitions for the likes of the Museum of Science and Industry. 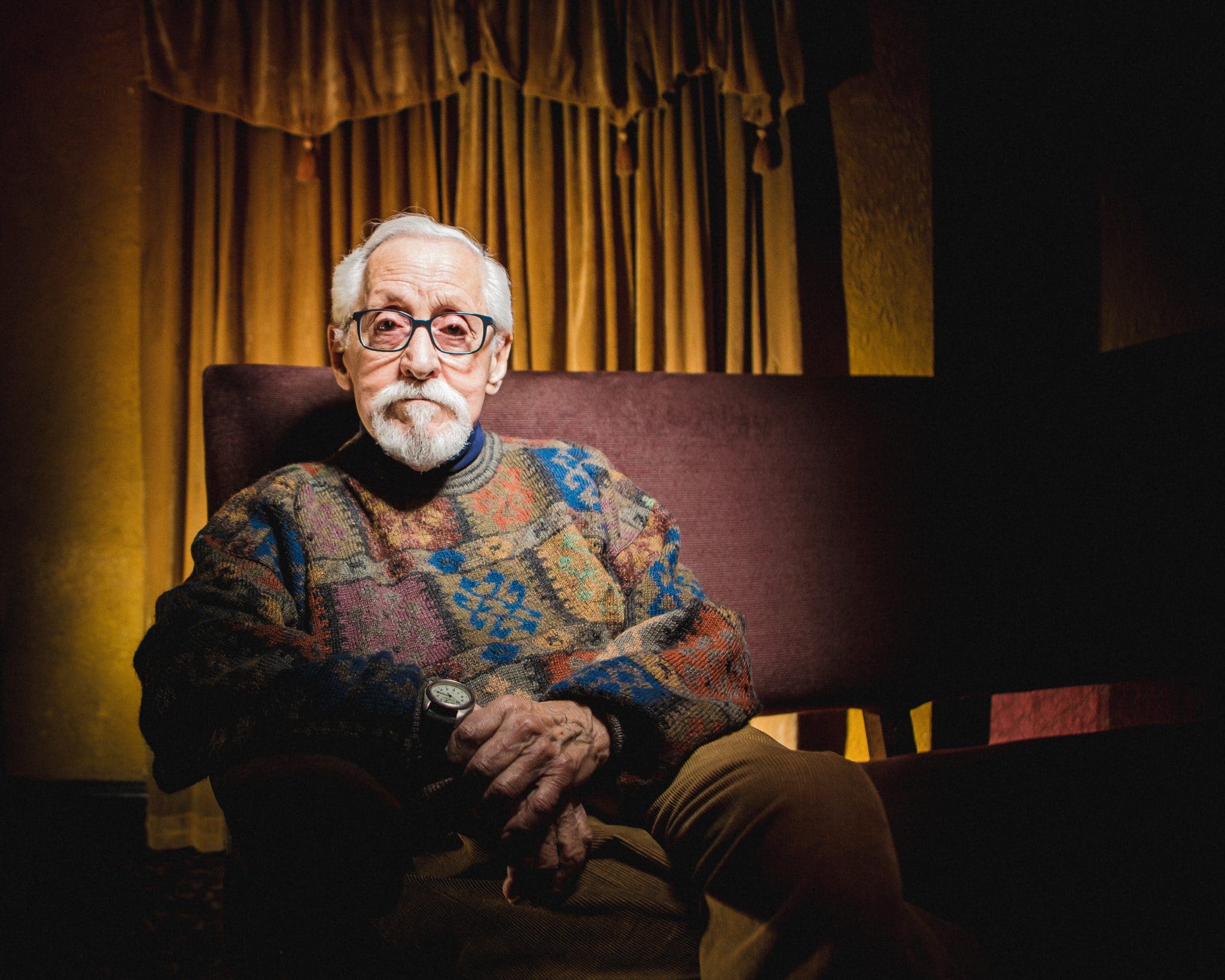 35  Mike Nussbaum
Actor
Descriptions like “legend” and “treasure” usually get attached to Mike Nussbaum’s name, but don’t get fooled into thinking they imply that his glory days are a thing of the past. At ninety, Nussbaum’s a continual force on Chicago stages, with a performative energy that’s the envy of actors a third his age. Last fall, he blew everyone away, critics and audiences alike, in his starring performance as the Colonel in “Smokefall” at the Goodman. We can’t wait to see what he’s doing at one-hundred—if we live that long.

36  Nick Sandys
Actor, fight choreographer
Despite taking over as artistic director for Remy Bumppo in early 2012 this bloke has maintained his status as a frequent director, a charming stage actor (most recently in the one-man holiday show “The Chimes,” which he adapted and directed) and a premier fight choreographer about town and beyond, creating staged violence that will look oh-so-good in HD for The Metropolitan Opera’s upcoming production of “Prince Igor.”

37  The Q Brothers
Actors, directors, playwrights
With last year’s “Othello: The Remix” these writer/rapper/director siblings perfected the Shakespeare/hip-hop mash-up style they’ve been rocking since “The Bomb-itty of Errors” hit Off-Broadway several years ago. “Othello” took them around the globe (and even to the Cook County Jail) and earned them an extended run at Chicago Shakes but, more importantly, it earned them some high standing in the theater world from which to launch their next production. If memory serves, Shakespeare wrote a few more plays so these guys shouldn’t have any trouble finding some good source material. 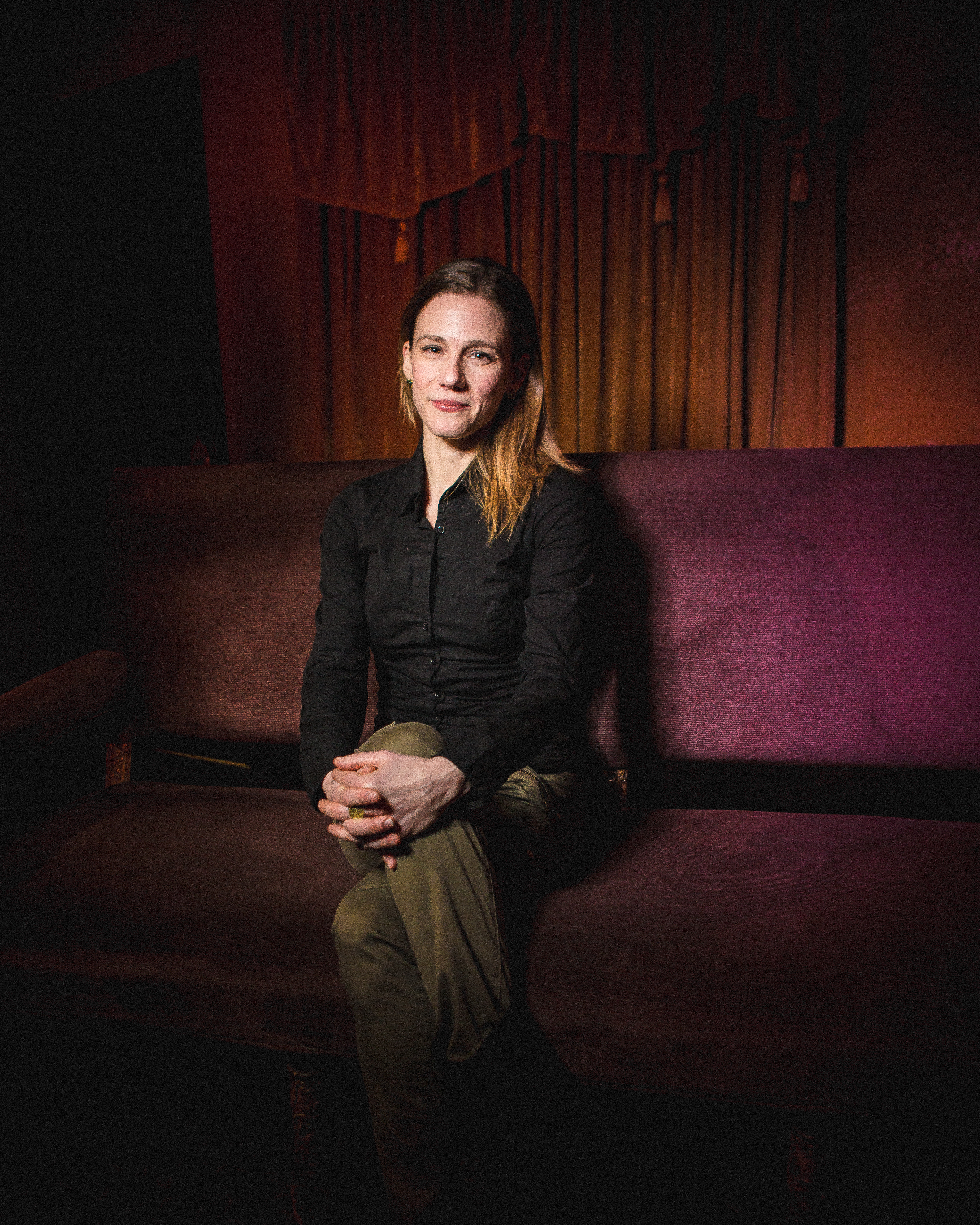 38  Autumn Eckman
Choreographer, dancer
Giordano Dance has been a Chicago institution for more than fifty years and talent like Resident Choreographer and Assistant Artistic Director Autumn Eckman keeps the repertory forward thinking and fresh. Eckman has been prolific and experimental in her creative output, shifting gears with each new piece. With a track record of two to three new works each year, we should see plenty of surprises from Eckman in the year to come.

39  Hema Rajagopalan
Choreographer
Chicago audiences have the chance to experience the classical Indian dance form Bharata Natyam on a regular basis thanks to Hema Rajagopalan, the founder and director of Natya Dance Theatre. Rajagopalan has been a leader in promoting and preserving Indian arts and culture in Chicago for decades. In the last few years, she has collaborated twice with Lookingglass co-founder David Kersnar on gorgeous theatrical works inspired by Indian folklore and staged at the Harris Theater, as well as regularly cross-pollinating ideas and audiences with Chicago dance grand-dame Shirley Mordine.

40  Mike Tutaj
Video/projection designer
Gigantic chandeliers careening toward audiences in our touring Broadway shows notwithstanding, Chicago is not a special effects town. We like our theater off the page, on the stage and in the performance. This is not to diminish the fine scenic, lighting and sound designers working here, but to point out that we don’t yield easily to gimmicks. That being said, Mike Tutaj seems to show up everywhere these days with his video projections, bringing a rich depth that extends the work into whole new dimensions. His resume reads like a who’s who of theater companies, productions and directors in Chicago, but we were especially captivated by a couple of his contributions last year, notably “The Mountaintop” at Court and “Pullman Porter Blues” at Goodman.