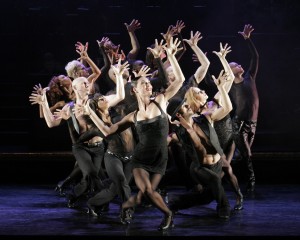 In the 1990s, television veered into new programming territory with the show “The Real World, ” offering a form of entertainment for which there was little scripting or preparation, where the viewing public could watch “real” people dealing with their life’s joys, sorrows and daily challenges; reality television was born. This genre ushered in an ostensibly new form of showbiz, where we were invited to see ourselves more directly than we might when experiencing the highly structured and polished presentation of a situation comedy or a weekly, episodic dramatic series. Beautiful, charismatic and opinionated women have been the principal performers—and even producers—of many of these popular spectacles. Names such as Hilton, Richie, Osbourne and Kardashian are folded into this recipe—along with those of real housewives of several major cities—regularly “trending” on the Internet. But it is hardly a new preoccupation to award the status of “celebrity” to someone else’s next-door neighbor.

In the 1920s the Chicago public was just as enamored of the chance to look into the lives of a string of very real women as they were tried for the murders of their husbands or boyfriends. Maurine Dallas Watkins reported extensively on the cases of murderesses Beulah Annan and Belva Gaertner, and her salacious stories helped create the lore that beautiful women couldn’t be successfully prosecuted and convicted in the Windy City’s testosterone-driven court system, birthing the label of “celebrity criminal,” and were eventually turned into a play that became the musical “Chicago: A Musical Vaudeville.” Whether in print, on television or on the stage, the public continues to love the sagas of nouveau celebrities, awash in the notion that, but for some divine providence or profound luck, the stories they’re watching might just as easily be their own. 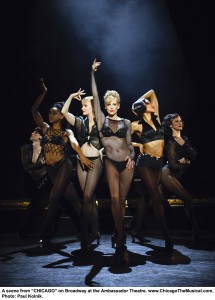 In 1975 the musicalized version of Watkins’ play, with music by Kander and Ebb, and a book by Ebb and the show’s director and choreographer Bob Fosse, opened at the 46th Street Theatre. The show’s combination of what would become trademark Fosse movement, along with a jazzy score and a book that told its story using vaudeville vignettes, made “Chicago” the third-longest-running show in Broadway history. The revival, mounted in 1996 with a new book and choreography “in the style of Bob Fosse” by Ann Reinking, opened recently in a return engagement at the Bank of America Theatre. Coming out of a concert version produced by New York’s City Center Encores! series, the mission of which is to bring attention to “forgotten” musicals, the critics felt the reworking lightened the show, making it less cynical and gloomy, and therefore superior to the original production. While I can agree that we have a lighter, brighter show in the highly popular “Chicago: The Musical,” I wonder, however, if it might be less honest than the original, grittier “Chicago: A Musical Vaudeville.”

This production puts the jazz orchestra front and center, in a big gilt box surrounding the risers. The thirteen-piece orchestra, plus amusingly useful conductor Jesse Kissel, enjoyed what seemed to be seventy-five percent of the stage space, leaving the remainder to the beautiful and talented ensemble of sixteen, spinning, leaping, shouting and singing, throwing each other about, winking from under bowler hats, and trying to find places to hide their mic packs underneath mesh and gauze and little else. While I understand that the set is meant to suggest a jury box, inviting the audience to have a seat and listen to all sides of the story, I wish those gyrating kids had been given a little more room. Ms. Reinking’s Fosse-esque choreography certainly recalls his most recognizable moves; knees are turned into each other, dancers shuffle quickly in one direction and then the other, hips and shoulders pop, infamous jazz hands abound. What I missed however, was the stop-action that proves the ensemble work; the suddenly frozen dancer-silhouettes, perfectly matched, that can only be achieved by hard work, discipline and artistic communion.

The evening’s headliner is John O’Hurley, “Seinfeld”’s J. Peterman. Still handsome, and always charming, Mr. O’Hurley does not offer the golden-throated tones of the late Jerry Orbach, the original, or Brent Barrett, the current, Broadway Billy Flynn. Carol Woods’ Matron “Mama” Morton is all smiles and good will, with none of the innuendo I have enjoyed in other portrayals, although this characterization would certainly be in keeping with a kinder, gentler “Chicago.” Bianca Marroquin and Terra C. MacLeod, as Roxie and Velma respectively, give credible performances of two of the most death-defying roles written for the musical theater stage. Mary Sunshine is beautifully sung and acted by C. Newcomer, and Jeff Award-winning actor Ron Orbach repeats his pitch-perfect Amos Hart. Most of the opening-night technical difficulties with sound were ironed out by Act II. The audience cheered and clapped and, in a move that was troubling to this reviewer, sang along. If you can’t travel to New York to see Bebe Neuwirth in her turn as “Mama” Morton, but you’ve gotta get you some merry murderesses, this is your ticket. (Aaron Hunt)