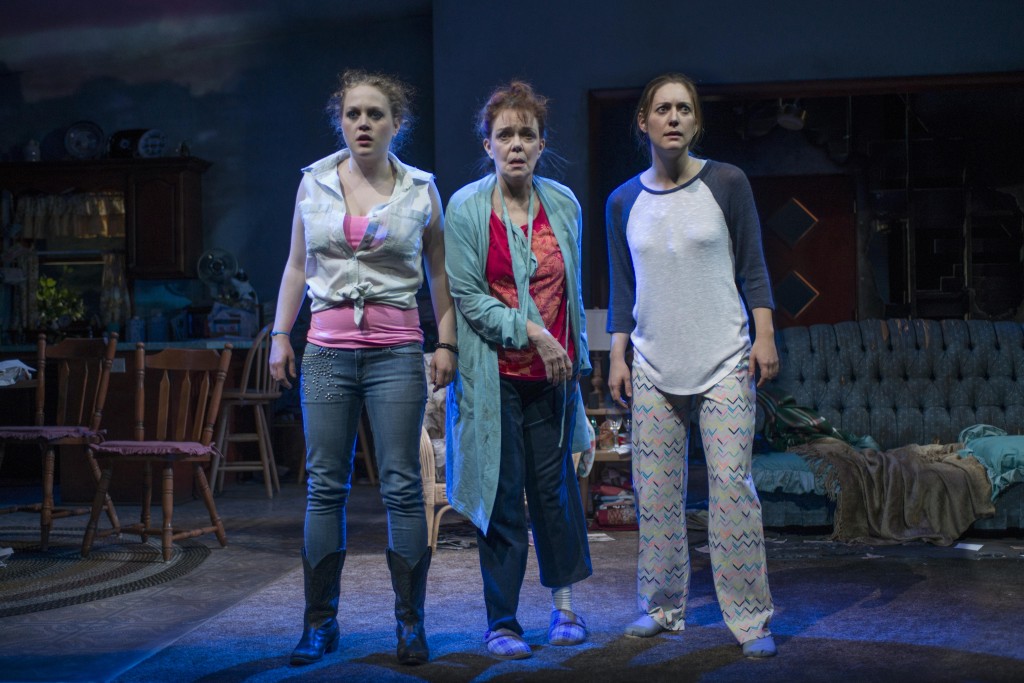 Late in the second act of playwright Mona Mansour’s marvelous “The Way West,” a pizza-delivery guy gets into a tussle over declined credit cards with the play’s protagonists and exclaims, “At least I’m solvent!” It’s one of those wonderfully terrible moments in the theater, when the truth slices like a lawnmower gone amok, taking out not only the subjects of the insult as well as its deliverer, who’s just admitted that he’s thirty-three years old and has lost his “real” job, but also us, the audience, as we realize how trivial our American life has become, where we measure our self-worth and sense of accomplishment on whether we pay our credit card bills on time, on whether we’re solvent.

Few things create more stress in marriages, in families, in life than money and the lack thereof, yet our theater so rarely addresses commonplace financial matters, preferring instead to kick around the more easily dramatic, if far less universal, arcs of corruption, fraud and theft. This simultaneous freshness and familiarity of subject make this world-premiere production especially compelling.

Mom is in her early sixties (played with charismatic gee-whiz enthusiasm by Deirdre O’Connell), in failing health and failing finances. Her seemingly much-more-together daughter Manda has come back from Chicago to help her mother—along with her train-wreck of a younger sister Meesh—get her house in order. And though this house is literally falling down, this matriarch clings to her American optimism—when the going gets tough, she tells tales, of wagon trains and the hardship their forebears endured to settle the American West. It’s a mythology that bind the three of them in a delusional cocoon—not only do they dive into American history, but they also burst into song, as if life really was some sort of Disneyfied Davy Crockett adventure. That is, if Davy Crockett was organizing huge piles of credit card bills rather than wrassling with the Western frontier.

Delusional American dreaming is not proprietary to this family, however. It infects everyone around them, including Mom’s friend Tress (a note-perfect Martha Lavey), whose gullible and self-absorbed character represents both a clichéd West Coaster (the only place where it would seem even remotely reasonable that a “magic” bottle of new age water might be worth $500) and an American everybody—who hasn’t fallen for, or at least known someone who’s fallen for, some kind of get-rich scheme that proves to be too good to be true?

Through it all, Mom retains her boundless optimism and her unfailing generosity—this bankrupt woman not only gives her friend thousands of dollars borrowed on credit cards so she can chase her doomed dream, but she offers her daughter money she does not have. We might recoil in horror at her self-deception, but we can’t help but love her all the same, especially in the cheerful authenticity of O’Connell’s portrayal. After all, who among us doesn’t know a mother like this? 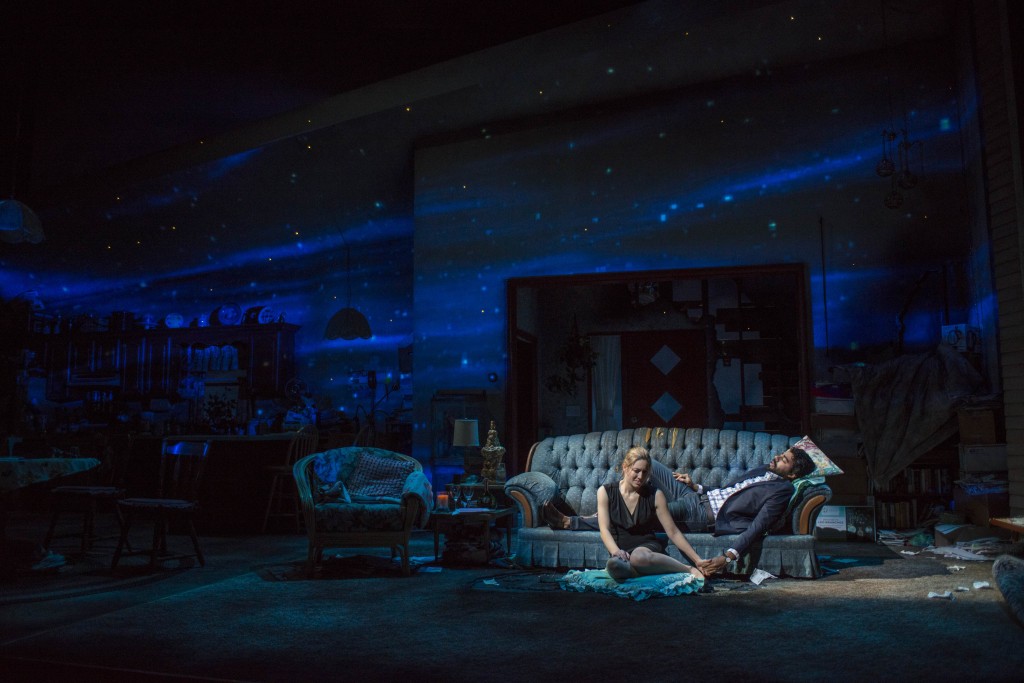 Zoe Perry’s equally terrific as the family rock who turns to sand when her seemingly well-ordered life starts to crumble in spite of her best efforts; her attempt to rekindle an old romance is heartbreaking on several levels. And Caroline Neff is equally convincing as Meesh, the sister who never gets it right, but at the same time has never left her mother’s side, and never given up on her mother’s “wisdom.” Credit Amy Morton’s direction for holding together such an unusual play structure, with reality blending into song and stories. It’s not a musical, per se, but rather a musical refracted into the lives of characters who’ve been fed the myths and absorbed the when-life-gets-overwhelming-it’s-time-for-a-song solutions the familiar form offers.

In Mansour’s play, the Western frontier, and our great struggle to overcome the hardships it took to settle it, are a proxy for the entire American idea, especially the sense of exceptionalism that seems to grow stronger even as its premise gets more obviously hollow. Is this really what it’s all about, the whole thing we absorbed in years of social studies class, in stories of pilgrims and patriots, civil wars and civil rights movements? To toil, to struggle, to suffer and even to die, all in the name of a better credit score? (Brian Hieggelke)