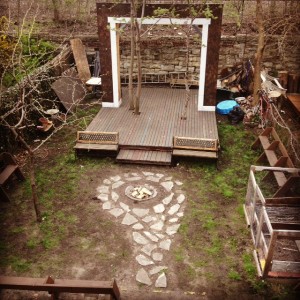 In a city with such an established and vibrant theater scene, there are many institutions that could easily make the case that the beating heart of Chicago theater lies within their walls. Is Chicago theater’s heart on the stage of Steppenwolf, one of the nation’s most successful theater companies, the home stage of Malkovich, Allen, Sinise and all the rest? Is it sitting in the balconies of the theater district in the Loop watching “Book of Mormon” or “Wicked” as they make their way through town before moving westward on their trek from Broadway to the Pacific Ocean? Is it in one of our venerated improv comedy theaters like Second City or iO Chicago taking a suggestion before pulling a comedic play out of the ether? Or is it in one of Chicago’s many small storefront theaters, striving to grow and put something truly new into the world?

John Wilson is a veteran of the Chicago theater scene. Working on countless shows, he noticed that when a show ended, the entirety of the show’s set was scrapped and thrown in the trash. It seemed wasteful to him. He wanted to do something about it but he did not know exactly what. At first he thought he would start a set rental business where theaters could rent basic set components like flats that could then be returned to him and reused by other theaters.

In 2010 he had a better idea. Some friends of John’s from New York were touring the country doing a production of “Macbeth” that was supposed to be lit entirely by campfire. John’s friends knew he had a decent-sized backyard and asked if they could do a production there. While watching the show in his yard, it occurred to John that his backyard would be the perfect place for a stage.

Over the course of 2011, John salvaged wood and other materials from fifteen different theaters in Chicago to build his stage. He spent exactly ten dollars of his own money on some screws and some concrete. By the end of 2011, he had built a functioning stage in his yard. The stage is called “3031” after the address of the house. 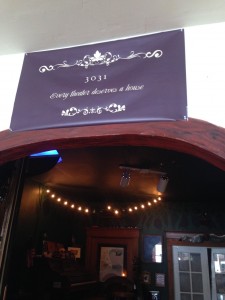 Speaking of the address, 3031’s exact location is a secret; adding to the theater’s mystique. The shows and parties that go up on the 3031 stage cannot advertise by traditional means, opting instead to make themselves known entirely by word of mouth. John says that nearly every show sells out and they have had as many as 400 people show up for a production in his backyard.

The majority of productions at 3031 are fundraisers. For a very low price, John allows local theaters to put up parties or productions to raise money for charity or to fund their shows. He knows from experience that many in the theater community do not have much money to get their productions off the ground and he feels that by allowing theater companies to use his space for a low price, he is giving back to that community.

In many ways, 3031 is an organic extension of the house in front of it. Upon a wall within the house, there is a banner that says “Every Theater Deserves a House.” Besides John, the dozen or so other residents of the home also work in the arts. Playwrights, actors, dancers and musicians all call 3031 home. Many of the residents trade work on the house for a discount on their rent. The house is, in its own way, a theater unto itself. In a place where so many of the residents call the stage their home, it makes a certain kind of sense that a stage would become part of their house, an extension of the collective beliefs of those who live within it.

With parties and productions happening next door, you may wonder if John and the residents of 3031 have ever had any problems from their neighbors. According to John, they do not. Often, when a show goes up, the next-door neighbors will set up chairs in their backyards, crack a few beers, and watch the show. In fact, one of John’s neighbors has gone so far as to build a stage of his own. John does try to be considerate of his neighbors. He lets them know when a production or a fundraiser is happening and has even asked them if they had any problems with the shows. When he asked his neighbor Roberto if there was anything he could do differently, Roberto replied with just three words: “Turn it up!”