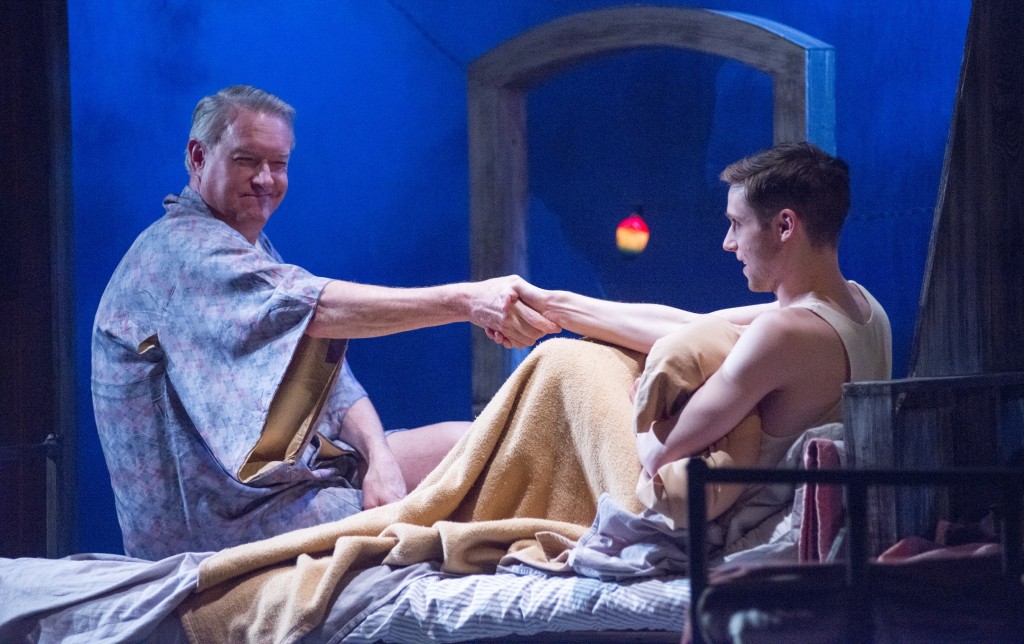 Before writing his breakout hit, “The Glass Menagerie,” in 1944, Tennessee Williams also worked on another memory play, one that he wouldn’t finish until 1977. “Vieux Carre,” considered a bookend play, plumbs the same depths of despair as “The Glass Menagerie,” without the same sweet nostalgia and glimmer of hope the other show offers. “Vieux Carre” was also produced in an age which enabled Williams to address sexuality more directly, which wasn’t necessarily a good thing. A melodramatic, open-a-vein drama queen like Williams actually benefited from the restraint the times demanded of his early plays.

The Writer (a suitably vulnerable Ty Olwin) comes to New Orleans and settles in a decaying boarding house owned by Mrs. Wire (JoAnn Montemurro, mastering the necessary self-righteous fire and brimstone). He wrestles with poverty and obscurity, alongside other creative house denizens who dream of better times, like the aspiring, fragile fashion designer Jane (Eliza Stoughton) and tubercular painter Nightingale (Will Casey). The group labors to survive in a Southern Gothic world only happy to move on without them.

The performers successfully mine the rich vein of desperation standard in any Tennessee Williams play; Mary Maude (Kristin Collins) and Miss Carrie (Debra Rodkin) struggle with starvation, homophobic tough guy Tye (Joel Reitsma) surrenders to drug addiction, and The Writer fears encroaching blindness. Impending doom is introduced at the beginning of the piece and never leaves.

While Cody Estle’s direction keeps the tone of the piece from falling into a depressing black hole, his staging keeps the performers onstage with nothing much to do. Ray Toler’s two-tiered set is the very picture of idealized decomposition. But what’s missing in the script is the opportunity for relief, even in inaccurate nostalgia. The Writer leaves for the West Coast, but you get the sense he’ll take some heavy baggage with him. (Lisa Buscani)