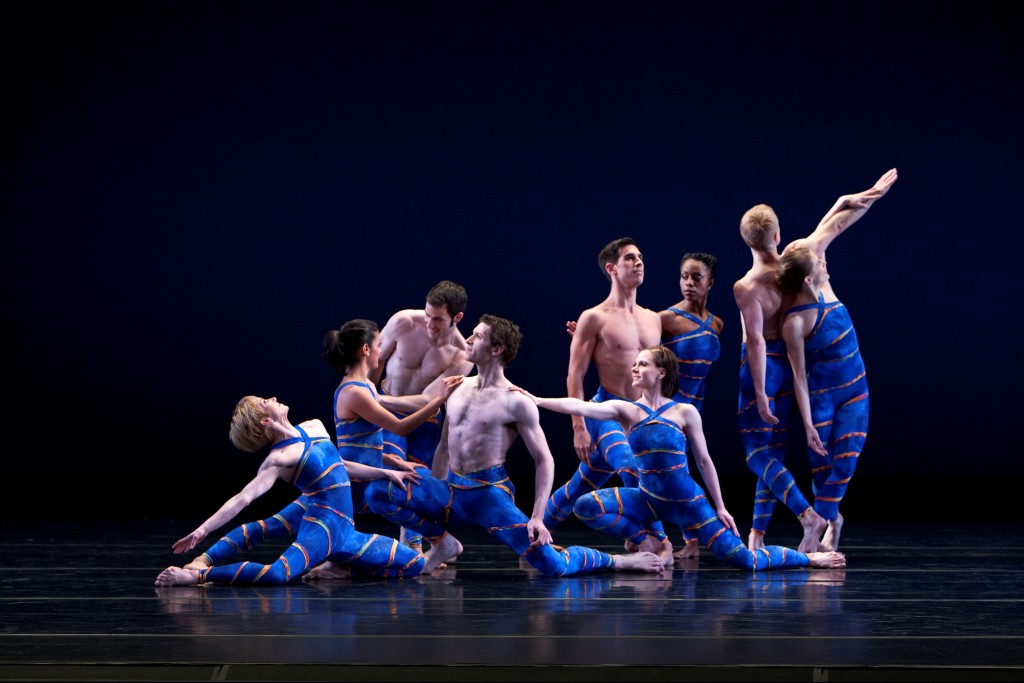 Celebrating their sixtieth anniversary, the Paul Taylor Dance Company returns to Chicago with a dazzling mix of three repertory pieces. “Black Tuesday” is a theatrical, vaudevillian act that recounts the era of the Great Depression. Drawing from social dances of the time, such as the Charleston, performers draw the audience into a world of imagination. Set against changing backdrops of New York City, dancers show the ways humans lift themselves beyond the constraints of circumstance. “Sunset” is a reflection on the human drama of war, set during World War Two. Danced to the bittersweet melody of strings mixed with loon calls, this piece carries undercurrents of both romance and tragedy. Simple, human gestures bridge the theatrical and the day-to-day. “Mercuric Tidings” is pure dance. Leaps and bounds across the stage form a blur of blue bodies. Dancers execute a stream of intricate, spry movements that cover the entire stage in this breathtaking finale.

Whether dancing the line of a story, or dancing for the joy of movement itself, Paul Taylor dancers showcase a marriage of beauty and athleticism that is sure to leave you energized and inspired. (Lauren Nelson)