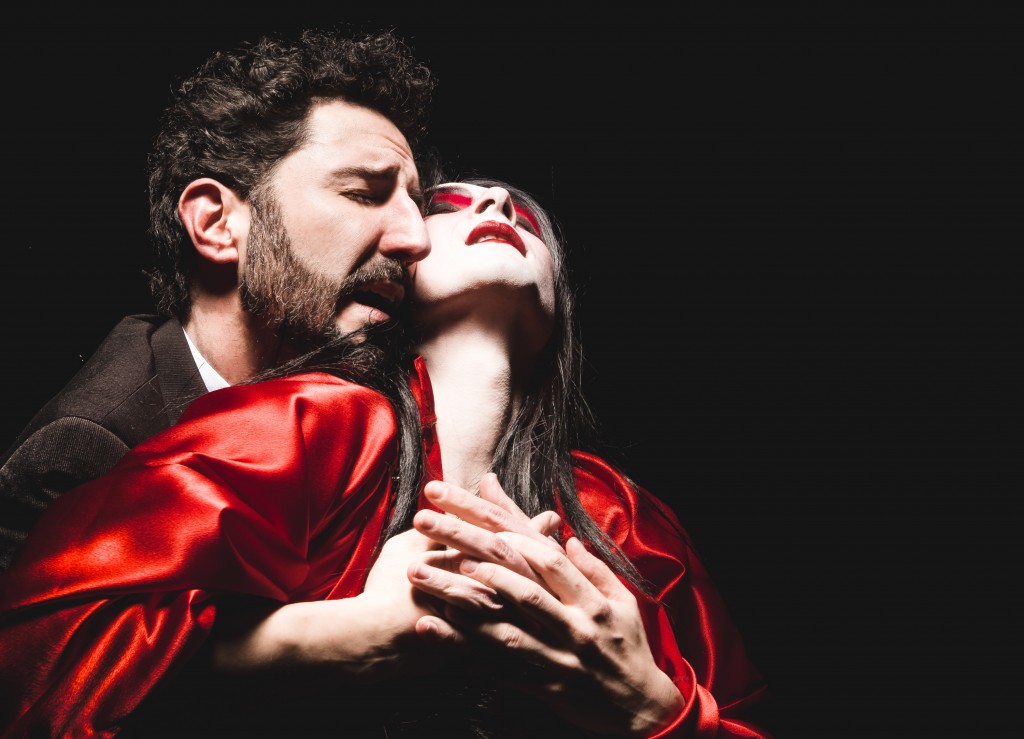 Artistic Director Charles Newell’s fine production affords us the opportunity to reexamine a twenty-six-year-old play that shocked and riveted audiences and critics alike with a study of sexual politics through the lens of the power struggle between the Oriental woman and the Western male. Protagonist Rene Gallimard (Sean Fortunato), a civil servant attached to the French embassy in Beijing, finds his Western masculinity threatened by his marriage to his Teutonic wife Helga (Karen Woditsch), who he is unable to get with child. His long-term love affair with the opera diva Song Liling (Nathaniel Braga) allows Gallimard the feeling of safety; he is awash in the then-prevailing notion that Oriental women, exotic and more than willing to be dominated by the masculine, Western male, never step outside their societally prescribed roles.

But playwright David Henry Hwang turns it all on its head by writing Song as a spy, capable of dominating Gallimard in every way; he is even able to convince Gallimard that his “modesty” requires that his sexual performances be costumed in full, traditional clothing. In these ways, Song covers both his intellectual and his sexual strengths with which he dominates Gallimard.

Like the play itself, the audiences of 1988 wrestled with the idea that a man could, even clothed, hide his sex from another man for more than twenty years. Does Gallimard truly believe that real penetration is proving his masculinity? Or is it all merely role-play that allows him to continue his innermost desire to be controlled, but now safely, as opposed to the obvious Western strength of Gallimard and Helga?

Fortunato, easily clearing another artistic hurdle, endows his Pinkerton-esque Gallimard with white-male-privileged asshole-dom while still managing to reveal a kernel of frightened child underneath his testicular trappings. We can’t help but care as he attempts to copy, but change the ending to a successful union, Puccini’s opera “Madame Butterfly.” This trick requires the skill and heart of an actor such as the original Gallimard, John Lithgow. Meanwhile, Braga’s Song Liling convinces vocally, and his hands move with an assured elegance. Watching him, I wondered if Newell is making an additional statement in the casting of Braga as his leading lady, for he is a prettier man than a woman. Does this give the audience a clue that Gallimard’s subconscious is not as buried as supposed?

It is impossible to view this play without an awareness that time has gifted us a dramatic shift in gender roles and their attendant games. Twenty-three years ago nothing came between Marky Mark and his Calvins. More recently, the Courteney Cox-led television series “Cougar Town” trumpets women’s personal power-recovery. Yet “M. Butterfly” has left its residue; BD Wong, the original Song Liling, continues a typecast television career as various psychiatrists. Wong’s Asian characters still know how we all click. (Aaron Hunt)