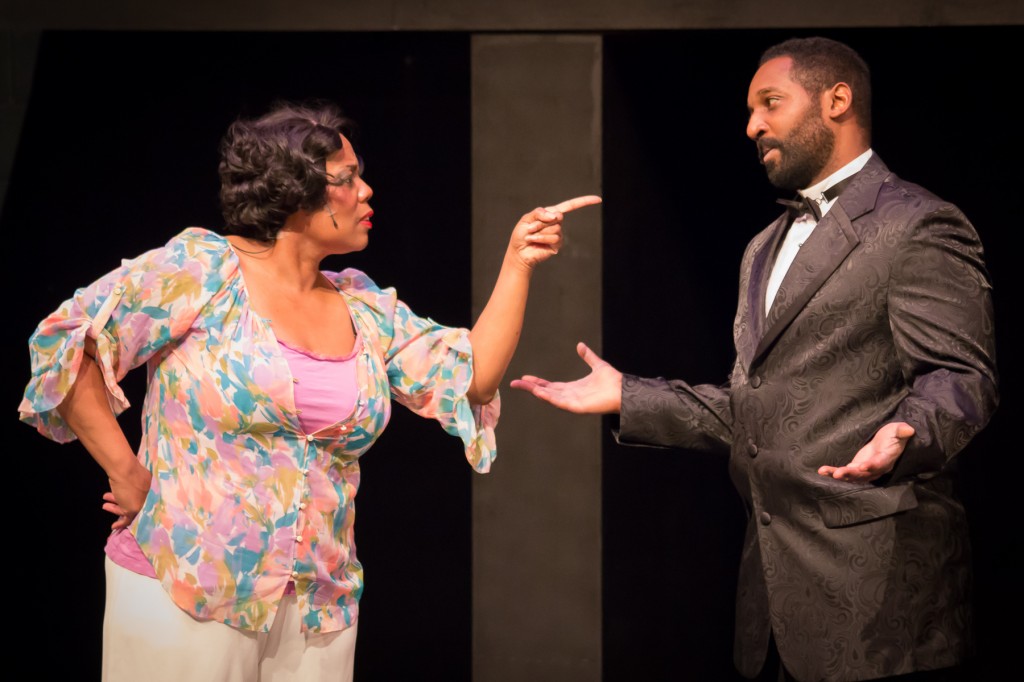 The essence of pop music is that it demands nothing of us at all. It just reminds us of what every other pop song has already told us, permeating the airwaves and synapses with the honeyed propaganda of romantic codependency. Designed for three-minute doses administered to an audience busy doing other things, pop’s banality can turn into something surprisingly close to evil when experienced as a captive listener over the course of two-plus hours.

Such is Black Ensemble Theater’s premiere production of “One Hit Wonders.” For those who long to hear a rare live rendition of flash-in-the-pan novelty items like “Ring My Bell,” “It’s Raining Men” and “Da Butt,” this is their show. Those who have moved on in their lives post-disco may find themselves baffled by the mismatch on display here between impressive talent and pedestrian material.

Playwright Rueben D. Echoles (assisted by Dawn Bless) starts with a good concept—a musical based on tunes popularized by one-hit singers—but goes nowhere with it. The salient question—whatever happened to the Bobby McFerrins, the Gloria Gaynors, the Carl Douglases, etc. ad infinitum—is never answered. We get not one anecdote, not a single ray of history or truth. And that’s an opportunity lost, as the one-hit wonder epitomizes an industry more prone to chew up and spit out talent than to lovingly cultivate it. For every Bob Dylan there are ten thousand Billy Pauls.

How interesting a show this could have been as an hour-long cabaret revue, showcasing a musically gifted and dramatically limited cast with just a bare stage, a keyboard and a story or two about the humor and sadness of these moths drawn to their fifteen minutes of fame. But there is nothing quick and light about “One Hit Wonders.” It lumbers along, burdened by a showbiz earnestness that must have seemed old-fashioned back in 1933, the year Busby Berkeley’s “42nd Street” came out. 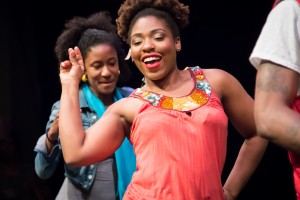 Like the Ruby Keeler-Warner Baxter camp epic, “One Hit Wonders” is a backstage metadrama (combined with family melodrama), about the pressures of putting on a new musical in Chicago, titled “One Hit Wonders.” Director Daryl D. Brooks appears to be a true believer in every Broadway/Hollywood cliché, magically resolving the tension between family loyalties and the bitch goddess Success via pure positive thinking. In the end, to the surprise of no one, the two feuding brothers embrace, with the younger (Mark J.P. Hood) declaring lovingly to the elder (Kelvin Roston Jr.), “I’m just like you—you never let anyone or anything get in your way.”

In the end, also unsurprisingly, the musical—despite its so-so songs, Dear Abby-inspired script, tacky set and tinny, over-amped sound—is a smash hit, culminating this fanboy daydream. Afterward, director Brooks takes the stage, asking every viewer to contact a hundred others, thus making sure the production has a truly happy viral ending.

The elaborate and disjointed setup is a disservice to some fine performers. Rival siblings Roston and Hood are strong-voiced and engaging, and they are more than matched by fellow cast-within-a-cast members Ta-Tynisa Wilson, Allie Jones, Brittney Thomas, Mallory Maedke, Ereatha McCullough, Claudia Alexandria Cunningham and BET veteran Lyle Miller. Donald Craig Manuel, as the abusive and ultimately repentant husband, avails himself well of his silky baritone in his one setpiece, “One in a Million You.”

The real surprise is Yando Lopez. He plays the sassy choreographer who survives adversity, thus earning the right to belt out a stupendous “Hey There Lonely Girl.” Coming on like a combination of Richard Simmons and Betty Boop, Lopez has the right idea, treating the show like the long-form karaoke that it really should have been. (Hugh Iglarsh)