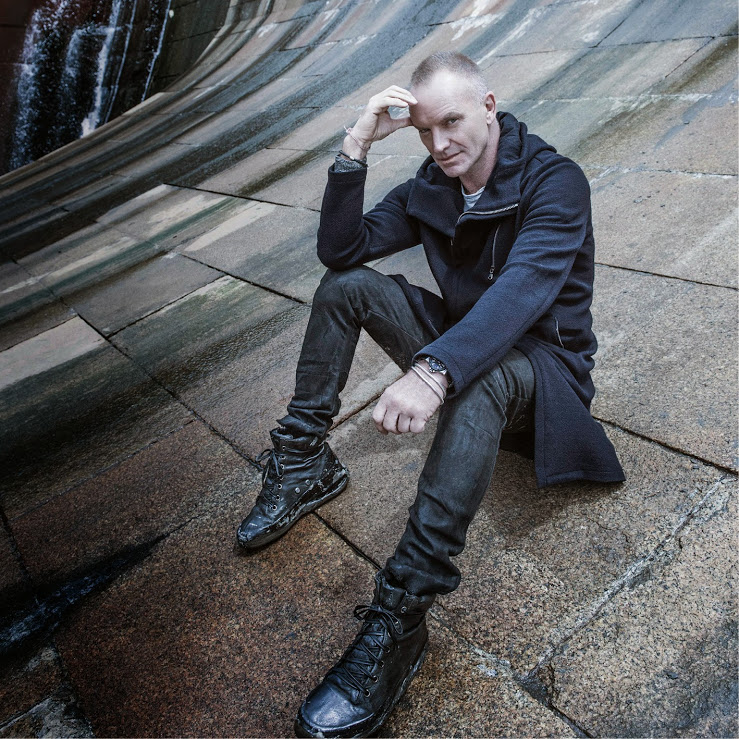 “As a songwriter, ” Sting admits, “I had experienced a long drought.” Rarely inactive, Sting, now sixty-two, had been involved with a number of projects since his last solo album of original material, 2003’s “Sacred Love.” Among these were an album of Renaissance master John Dowland, a Christmas album and even a reunion tour with the Police.

Nonetheless, how does a singer-songwriter who has won sixteen Grammy Awards and sold some 100 million albums worldwide across a thirty-five-plus-year career account for the experience of songwriter’s block?

“Too much me, me, me,” he jokes, “Self-obsession. I had to break this drought somehow and as it turned out, turning to the landscape of musical theater—a very exciting art form—I was suddenly giving voice to other people, characters other than myself. When I did, songs started coming out of me again like projectile vomiting.”

The end result, “The Last Ship,” is both a new Sting album of songs written for the musical of the same name that will have its pre-Broadway world premiere in Chicago, and the play itself, which is getting ready to begin previews on June 10 at the Bank of America Theatre.

Sting has been such a vibrant presence in town for so many weeks now and has performed songs, told anecdotes, shared his vision of what he is trying to do with “The Last Ship” so persuasively so many times at this point that it is easy to forget that once the show itself opens, Sting will uncharacteristically become just one more member of the audience. How will he feel hearing others perform his songs for a live audience? “I don’t know yet,” he admits, “I may go into post-partum depression!”

Did Sting find the songwriting process of writing for a musical different than writing for himself? “It was interesting,” he says, “I learned quickly and quietly to toss out some of my favorite couplets. Some of my initial stuff was done on a whim and was not very real. How do you find characters? How do you find voices? In a pop song, you can express one emotion for three minutes—‘I love you, you love me’—going around in a loop. I’ve written a few of those. But here, you need dramatic tension and a story has to be told.”

Is Sting a fan of Broadway musicals? “I am,” he says. “I grew up wearing out cast albums of Rodgers and Hammerstein and ‘West Side Story.’ I even played in pit bands for shows in Newcastle.” Sting also performed the role of Macheath in a Broadway production of “The Threepenny Opera.” 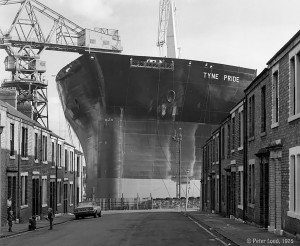 Ironically, given that Sting says his songwriting drought may have in part been caused by self-absorption, “The Last Ship” is in some ways, autobiographical in that Sting grew up “in the shadow of a shipyard” in Northeast England. “There was a huge ship at the end of my street towering over the houses and blotting out the sun,” he recalls. “My father built turbines: was that to be my destiny? In any case, I didn’t want it to be. Still, these men got their sense of dignity through building the biggest ships in the world. It is a world that is gone now but I wanted to remember them. This also figured in to why we wanted to open this show in Chicago rather than LA or Toronto: Chicago is an industrial town that celebrates the worker.”

Did Sting set out to sidestep becoming a shipyard worker? “Lots of words are bandied about that economy is community, and certainly the community I grew up in has been destroyed because its economy has been destroyed. There was coal at one end and the shipyard at the other. It was a very surreal industrial landscape that remains in my dreams, sometimes my nightmares. They are all gone now, it is a hole now. I am the lone survivor. I always wondered as a kid if I would end up in the shipyard: I have survivor’s guilt.

“There were no celebrities in my town, although once in a while, a member of the royal family would come and launch a ship with an enormous bottle of champagne. I saw many ships launched and there is something quite haunting about it. I was seven years old and the Queen Mother rode by in a Rolls Royce and I waved my little flag. You have to remember, for the British, if you touch the king’s cape, you are cured of illness! Well, I was infected that day, infected with the idea to be in that car and to have privilege and security. And here I am!”