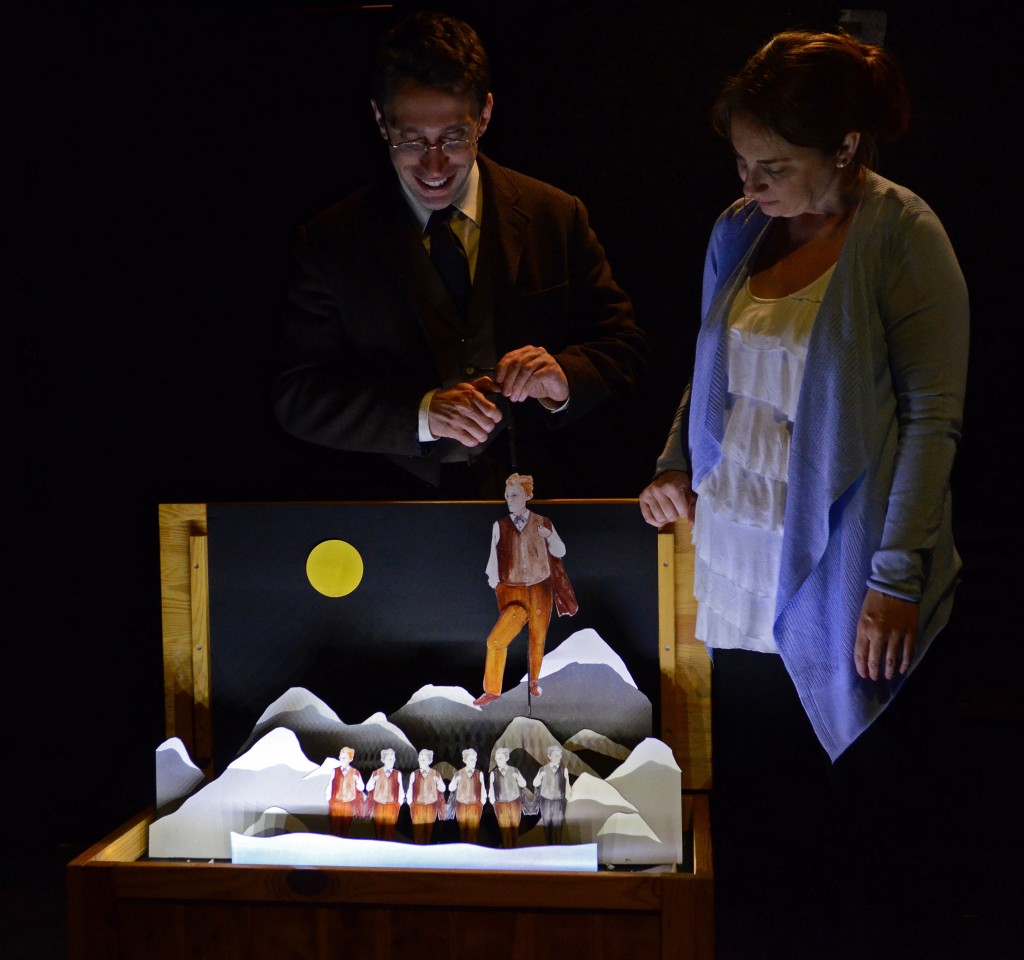 Just entering the tiny side project theater feels like an intrusion on somebody’s private space. The lack of separation between the single row of seats and the bedroom stage creates a sense of claustrophobic voyeurism. It is as though we are situated inside Margaret (Holly Allen) and her daughter Hannah (Julia Rose Duray), looking not at them, but rather through their eyes.

Such intense introspection works beautifully for an artist like Samuel Beckett, an allegorist of alienation and existential isolation. In lesser hands, this absolute subjectivity sooner or later dissolves into a ponderous self-indulgence.

This is the case, sadly, with the side project’s world premiere of Kathleen Tolan’s “What to Listen For,” a dream-play about… what, exactly? Hard to say, as the playwright never grounds the events or characters in a coherent, developed story, theme or context. All we know is that wannabe musician Margaret and talented but conflicted violinist Hannah are estranged, that their differences stem from a love-hate relationship with classical music, and that they both seek solace and answers from a series of dead white men—notably, Arnold Schoenberg (James Munson), Sigmund Freud (Andrew Bailes), Gustav Mahler (Aram Monisoff) and Glenn Gould (David Prete). These historical personages appear in the flesh, as shadow projections, and in the case of Mahler, as a rod puppet skipping along the tiny cardboard mountains of his native Bohemia.

“What to Listen For” is one of those cluttered plays where too much is going on, yet nothing is really happening. It moves in circles, with a grandiose self-pity serving as the universal emotion. We learn that suffering is at the root of artistic creation, but the sharpest pang of grief expressed by any of these privileged aesthetes is when Schoenberg gets turned down for a Guggenheim fellowship.

Cast members give it their best shot, but there’s little they can do with the meanderingly monological script and director Adam Goldstein’s blocking, which has characters leaning against backdrops for minutes at a time, nodding sagely. The characters expatiate and philosophize (“The deepest mystery of music is identity”), but do not connect, even at the enigmatic ending. At one point, Margaret’s potential love interest (Robert L. Oakes) delivers an excruciatingly long analysis of the theory of atonality—which segues into theater business involving a row of quacking ducks. It’s cute, but here as elsewhere the surreal gesture lacks punch.

The glowing exception to the monotony is David Prete, who is relaxed, humorous and dramatically open and giving in his portrayal of Gould, the brilliant pianist whose eccentricities are here shown to be the working-out of a compelling personal logic.

Intellectually serious, musically sophisticated, challenging in structure and exposition, “What to Listen For” is a work that one wants to like. But by denying us any distance from the characters, the playwright never truly lets us see them or understand what drives them. Their fragmentation of awareness and experience becomes our confusion, and the play as a whole feels like a beautiful jigsaw puzzle, still in the box. (Hugh Iglarsh)