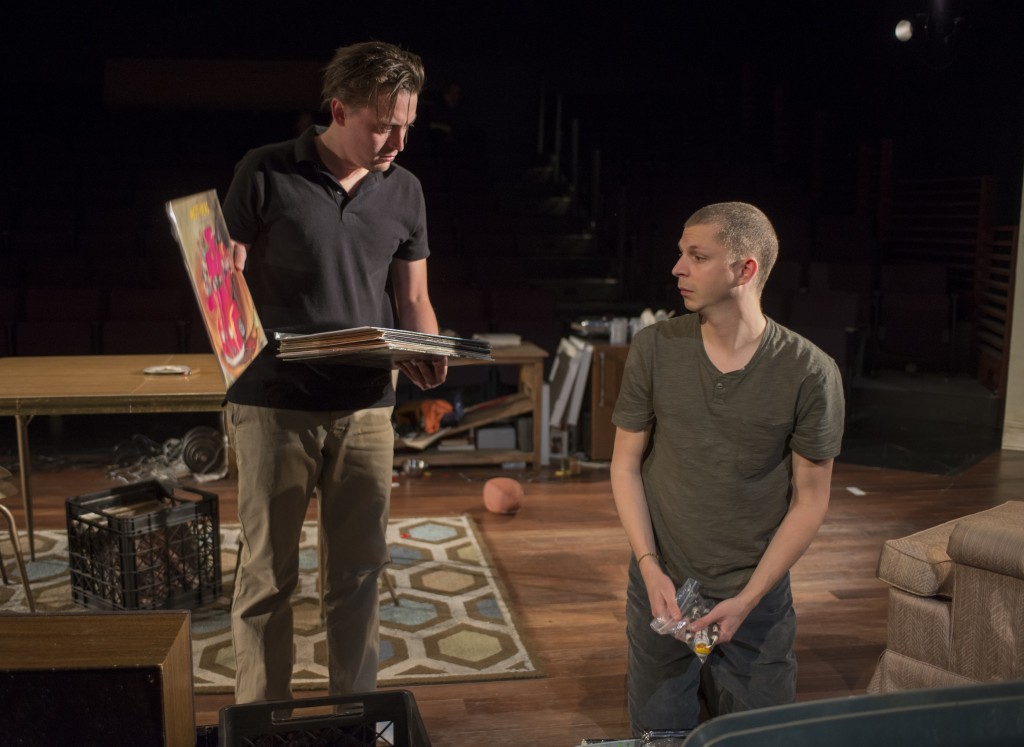 The living space created for Steppenwolf’s intimate upstairs staging of this Kenneth Lonergan play is so cozy and lived-in that while heading toward my seat I was tempted to instead plop down centerstage and put that copy of my favorite Frank Zappa bootleg on the turntable and make myself at home. Alas, like an obedient non-participant I went up to my assigned seat for this Broadway-bound revival and considered how to dissect the expected.

Expected, but entertaining and rewarding—that’s Lonergan’s script. I can’t fathom it was any more revelatory when it debuted in the mid-nineties, but I also doubt any of its emotional impact has waned in the intervening years. There are plenty of laughs as well. To deliver so much humor and heart with nary an unexpected twist is the mark of some solid wordplay.

The wayward privileged young trio here at the dawn of the ghastly, cutthroat Reagan era seem to have all the cynicism, disappointment, antagonism and dread of their crushed and cruel unseen parents without the distant pleasure of having ever experienced the Boomers’ glorious delusions of hope. Rather, there’s a specter of death that hangs heavier as the show moves along. Drug-dealing Dennis (a fantastically scene-stealing Kieran Culkin) fears being too much like his cancer-stricken, henpecked father. (It’s likely not a coincidence that it’s prostate cancer, the same disease that killed the show’s musical touchstone Zappa.) Yet in his healthy youth he’s much as he describes his father in his prime—a headstrong, confident star at the center of his milieu. It’s just that his father was an art star and Denny shines as dope connection to other well-to-do New York kids. Denny also dreads the possibly imagined homicidal wrath of his pal’s father, a fearsome lingerie magnate. His pal Warren (Michael Cera, increasingly intriguing as the night goes on) idolizes Dennis and shrinks in his presence for much of the first act. More morbidly we also learn, from one of Denny’s limitless withering attacks on Warren’s character, that Warren is haunted by his own sister’s murder. There’s yet further death ahead.

Warren’s character indeed is flimsy, certainly in Denny’s presence throughout much of the first act. But as Dennis exits on a drug run and Warren’s potential romance with supposedly out-of-his-league crush Jessica (lively teen internet fashion maven Tavi Gevinson) fitfully advances we see him come into his own. 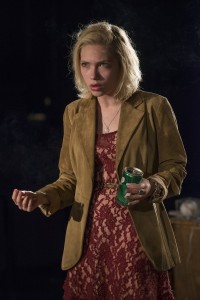 It’s the eighties here, represented mostly by ample blow and a corded phone. Otherwise this production is free of the decade’s cultural signifiers. And there are moments when you’re glaringly reminded of the presentation’s pre-internet reality. (When Warren concedes to sell his cherished collectibles, I just want to scream “Wait for eBay!”) The city and the era play heavily into the specifics of the challenges and the power dynamics; a nerdy, knowledgeable collector like Warren would likely be the presumptive hip kid nowadays, but here the more handsome, wheeling-and-dealing Denny is initially the pre-Apple apple of both Warren’s and Jessica’s eyes. Nonetheless, the theme of transitioning into adulthood transcends both time and place.

The famous cast is undoubtedly a big draw for director Anna D. Shapiro’s production and she’s got them all in fine form. Culkin gives the most engaging and accomplished performance. He’s electric, terrific and delivers a performance both nuanced and suitably outsized for what at times is an exhilaratingly cartoonish production. Gevinson, already an internet star for much of her young life, seems from her stirring yet vulnerable performance, the company she keeps on the Steppenwolf stage, and her striking yet approachably familiar starlet visage, destined for greater celebrity. Yet it’s Cera who emerges, despite first impressions to the contrary, as the show’s true star—not just in billing but onstage as well. I can’t say if his awkward, even stiff presence indicates he’s a screen star not suited for the stage or to the contrary that he’s totally nailed his characterization of Warren. In the end it works so well I have to wager it’s the latter.

Cera, as Warren, arrives with the least impact of the three—though his actions drive the plot he is without much personality—but it’s his character that develops, or at least reveals, the most through the show’s two hours. He’s flat, aimless, timid, seemingly a shell early on in the presence of Culkin’s dynamic Dennis. His careless disregard makes it seem he’s not only unconcerned with any consequences that may result from his deeds—consequences the equally privileged Dennis sees as potentially dire—but almost wholly disengaged from life. Yet as his shot at romance blooms he excitingly engages with Jessica, who likes to argue but unlike Dennis doesn’t reflexively put Warren down. In the second act, in the aftermath of his confused interaction with Jessica, he becomes unnervingly tightly wound only to unspool in an explosive physical comedy bit—predictable yet satisfying in its inevitably and in Cera’s natural flawless delivery. And finally it’s Cera’s Warren who resignedly delivers the show’s wholly unresolved and unsettling last line. (Raymond Rehayem)