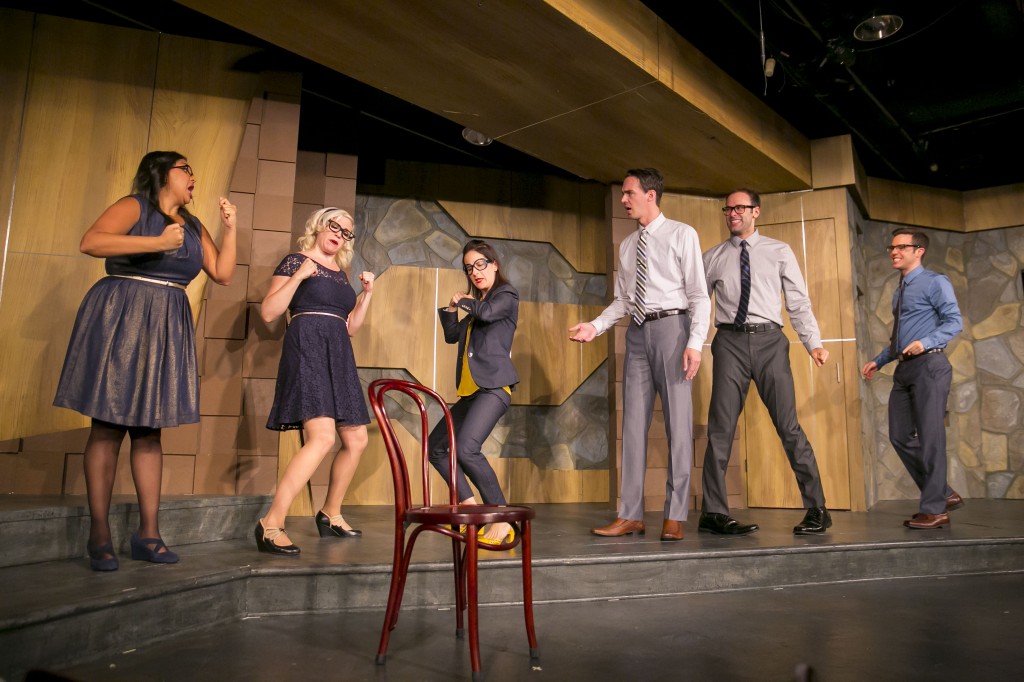 “That’s cool as hell!” declares an enthralled pre-recorded voice, breaking away from his own faux deep thoughts about the universe, as the six-person cast of “Apes of Wrath”—the latest revue to hit the Second City e.t.c. stage—holds multicolored balls of light in front of themselves on a darkened stage. This is a near-perfect introduction to the introspective-yet-easily-distractible theme that runs through this production and, if we’re being honest, through most of our internet-connected brains: on one hand we want to be thoughtful and reflective, but on the other… ALL THE THINGS! ALL THE TIME!

Sure there have always been distractions, but it seems that in the last decade, the distractions have just been getting exponentially more impressive, more easily accessible and more instantly forgettable by the day. Notably, the first sketch of the night features a group of writers at BuzzFeed (now that “newspapers are no longer a thing”) teaching a new trainee the ropes of creating engaging content. BuzzFeed’s an easy target for confronting our microsecond attention-spans, but the cast (who are also the writers of the show) nail it without being blatant. And that’s what makes the majority of this two-act show work so well: even when addressing familiar topics, they find a new way in.

Early on, we see a group of people riding a train when the dreaded train delayed announcement starts playing. While five cast members stand by, one begins to freak out, exclaiming, “Why is this happening to ME!??!” It’s a familiar situation, but just when we start to get into the joke of it, the tone shifts and it turns into a song about how we’re all insignificant. The absurdity of our own egocentrism is hilariously laid bare here and throughout the show.

Speaking of egocentrism, each cast member gets a chance to shine, not just in the multi-character pieces, but in their own solo sketches as well. And they’re all brilliant. 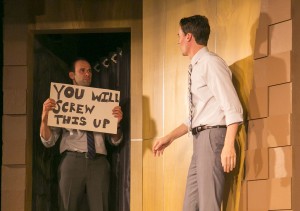 Carisa Barreca as a glassy-eyed singer who wants us to believe that she’s “Disney perfect” at all costs. Asher Perlman as a beekeeper reminiscent of Tracy Morgan’s Brian Fellow. Brooke Breit as a drunken girl you knew from high school catching up with you in the bathroom of a party. Tim Ryder as a singing Christian worship leader apologizing for Christians everywhere. Eddie Mujica as an overly-excited guy getting ready to take the citizenship exam and rattling off facts and questions in English and Spanish alike. But as an entrepreneurial mother who has invented the mother/son equivalent of the peculiar purity ball tradition, Punam Patel is the real standout.

This is one of the strongest casts that I’ve seen on either stage at Second City and director Jen Ellison handles them with a deft hand, pulling the best out of each. Barreca, Breit and Patel are returning from the most recent e.t.c —the excellent “A Clown Car Named Desire”—and have upped their already impressive games considerably since then, while Mujica, Perlman and Ryder bring an air of newcomers excitement to the mix.

The cast works well across the board, but the interspersed solo sketches serve to remind us that while we are indeed insignificant, we still crave individual attention from those around us. (Zach Freeman)