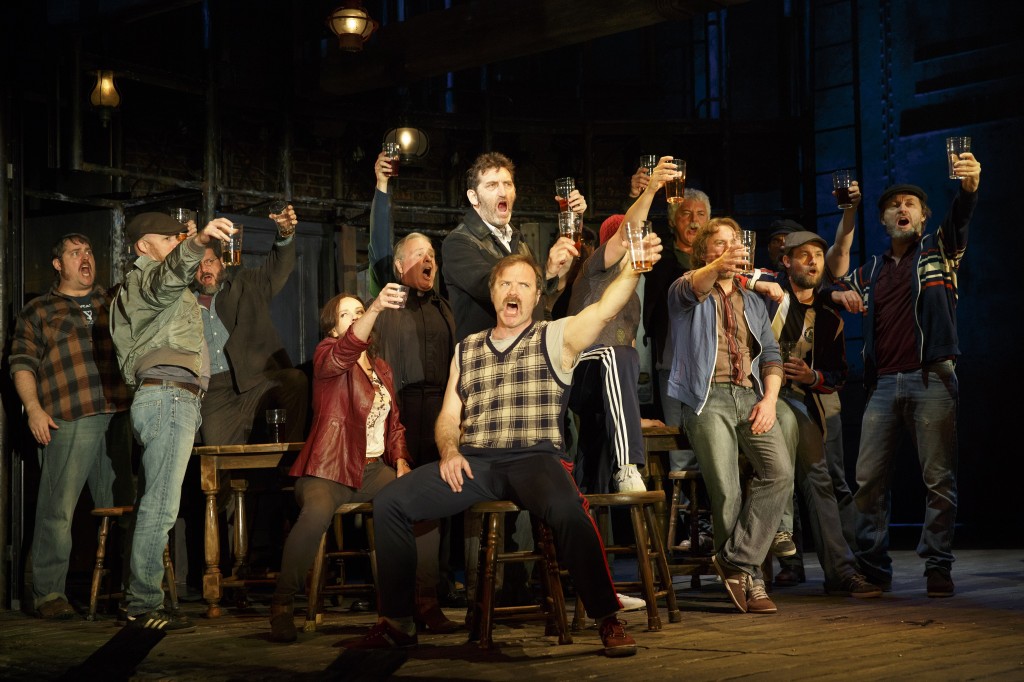 In the heart of Times Square there is a building called the TKTS Discount Booth; same-day tickets to Broadway shows can be purchased there at discounted prices. The queue of audience hopefuls is always many customers deep, and to speed along the process, employees move through the throngs answering questions about shows, locations, prices and where you can get the best pizza slice within walking distance. In my experience, the majority of the patrons are of the female persuasion, and hands-down the most frequently asked question is, “Which show is my boyfriend/fiancé/husband most likely to enjoy?” Beginning September 29, the answer to that question will be “The Last Ship.”

The show’s Tony Award-winning artistic pedigree doesn’t disappoint: John Logan’s book is poignant and funny and honest, frequently all at once, and the unflappable Joe Mantello brings his particular blend of heart and intellect to the direction. But it is the singular stamp of Grammy Award-winner Sting that permeates every moment of the production. Composer/lyricist of the mostly sung piece, Sting makes it easy to forget that this will be his Broadway debut. One of the measures of the most talented and seasoned creators of both music and lyrics for the stage is that while the songs and musical moments for a particular show are as varied as the story’s characters and situations, the score remains cohesive unto itself. To come out of the gate with such sweeping understanding of and dexterity for the form is past refreshing; even for an artist of Sting’s stature, it is astonishing.

Set in an English seafaring town at a time of de-industrialization, the story’s community fights to retain both their livelihood and their pride. Protagonist Gideon (Michael Esper), having run from an expected career in the town’s shipyard, returns home fifteen years later to find everything about his previous life in flux, even as he searches to exorcize the demons that sent him packing. Since “The Last Ship” is inspired by Sting’s childhood experiences, it isn’t a big step to imagine that Sting found bits of himself in the central character, and indeed Esper, either by gift or design, has a singing voice reminiscent of the composer’s, lyricism juxtaposed against a throaty throb. In sharp and telling contrast, Aaron Lazar as Arthur, the fiancé of the girl Gideon left behind, sings with the full-bodied voice preferred by Rodgers & Hammerstein, and his song, “What Say You, Meg?” is a highlight. Rachel Tucker gives a rich performance as the woman who must answer his question, and Fred Applegate’s Father O’Brien is the stuff awards are made on.

With Chicago’s history including the loss of her steel mills, we are a resonant choice for this pre-Broadway premiere. And if there is a moment here or there that could make use of a scissor, or a stitch or two, this is the very shop for it. And did I mention tunes? Real Tunes. You’ll walk out humming.  (Aaron Hunt)