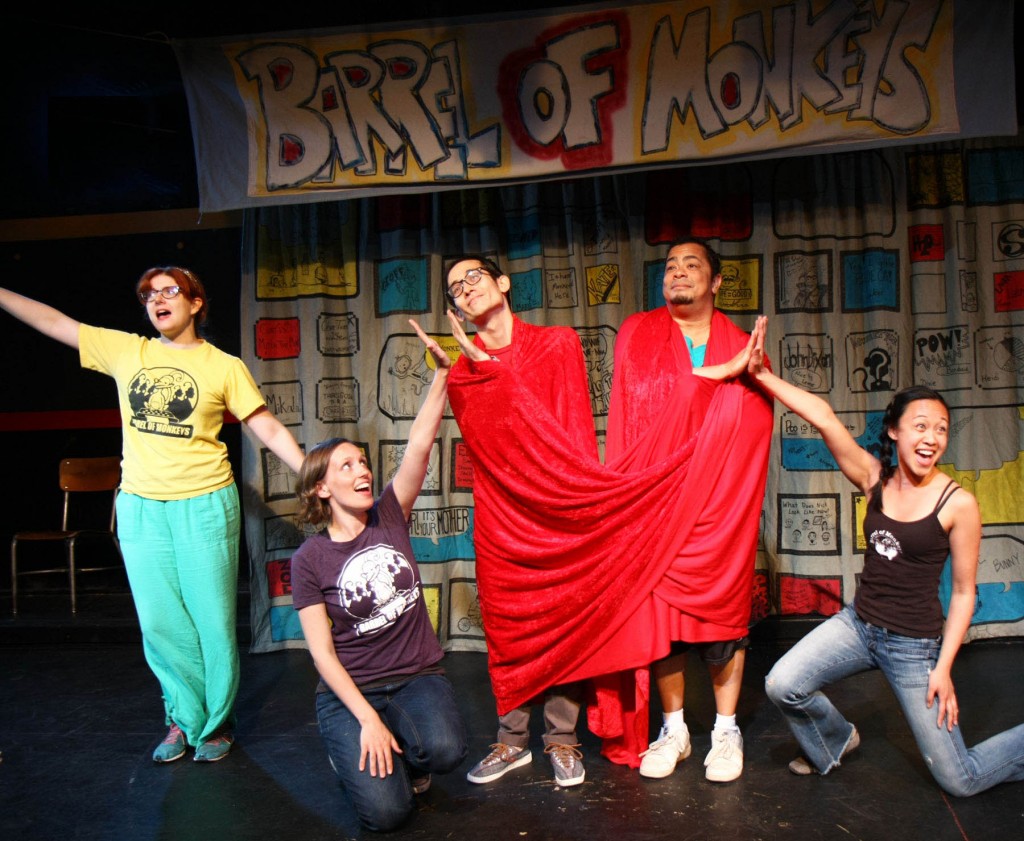 Children of all ages braved a rainstorm Monday night to hear songs about jelly, see a video game where a taco takes on a squash and visit a world where a person lives in a sewer with a monkey as a butler. Who else could come up with this stuff but kids? Now in its seventeenth season, Barrel of Monkeys hilariously bring the stories of third, fourth and fifth graders from Chicago Public Schools to life in “That’s Weird, Grandma” at the Neo-Futurist Theater.

Since 1997, Barrel of Monkeys has lived out their slogan, “Kids write it. We do it. World Saved!” by working with kids in fifty-seven Chicago Public Schools to create and perform more than 300 student-written stories annually. “That’s Weird, Grandma” is a revue that features some of the funniest, weirdest and most creative writing youngsters are able to craft and share.

From start to finish the show is high-energy, silly and, at times, utterly ridiculous in the best possible way. “That’s Weird, Grandma” can be likened to watching a live version of “The Animaniacs,” but with original pieces that change every performance. At the end of the sixty-minute production, audience members are asked to fill out a survey ranking their top two skits from that night. The show changes from week to week based on those responses.  In addition, all proceeds made from the show go directly into supporting Barrel of Monkeys arts education programming, which keeps the show’s material fresh year after year.

With the talented actors, imaginative characters and clever stories in “That’s Weird, Grandma,” saving the world has never been so entertaining! (Mary Kroeck)