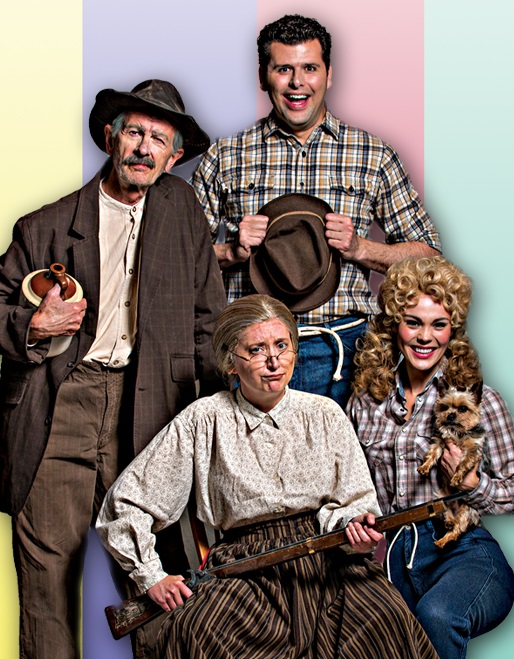 “I’d really fallen in love with Cole Porter, and his music, and just became obsessed with hearing all these obscure recordings. I saw a musical revue which was called ‘The Decline and Fall of the Entire World as Seen through the Eyes of Cole Porter.’ And I remember seeing that, and after I came out of that I wanted to write a musical. That was the light-switch moment for me. This was what I wanted to do.”

Born on the South Side, Gregg Opelka’s family emigrated to Northern Glenview. The third of nine children, all of whom were given piano lessons (Gregg’s seemed to stick), he attended Loyola Academy. His required studies of Greek and Latin would stand him in good stead in his later career.  “I was a British poetry freak. Other kids were outside playing ball, and I was reading Keats and Shelley. I attended Lawrence University, in Appleton, Wisconsin, then got a scholarship to the University of Michigan in Classics. Preparing to be a crusty old college professor, stuck in academia. But I always played the piano as I kid and I was drawn. I missed it. I was getting more and more seduced by the musical theater.” Opelka started sneaking off to the practice rooms in the student union, to keep up his Haydn and Mozart. Opting out after earning his MA, Opelka headed for Boston, where he focused seriously on his pianist chops, before returning to his native Chicago in the mid-1980s.

I had the pleasure of having lunch with Opelka recently, where we talked about his career in general and, of course, the upcoming production of “The Beverly Hillbillies, The Musical” at Theatre at the Center in Munster, Indiana, for which he provided the music and lyrics. In 1983, The New Tuners Theatre was formed, housed at what was then The Theatre Building at 1225 West Belmont. There Opelka found himself in on the ground floor of a workshop-style organization committed to mentoring talent, and making “musical love-connections” to foster later collaboration. Thrown into work on a troubled show in previews, “Charlie’s Oasis Museum & Bar,” Opelka was put right to work, learning by doing.

Opelka gives credit to the friends and the contacts he made during his time at New Tuners, and to the continuing chain of artistic happenstance that furthered his career. And shows continued to pour from his pen and his keyboard. “Hotel D’Amour,” “The Three Musketeers,” two “Monky Business” shows (the male answer to the “Nunsense” series), “Soup du Jour,” “La vie Ennui,” and more, not to mention the seven operetta lyrics translation-creations for Evanston’s Light Opera Works, the first “The Chocolate Soldier” in 1987 and the latest “The Merry Widow” in 2005. 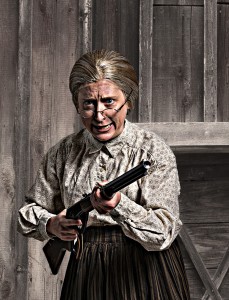 “But ‘Hillbillies’ is my biggest project so far, in terms of name recognition,” says Opelka. “It’s crazy how one thing leads to another.  Chris and Linda at Dramatic Publishing saw a reading of our ‘Singin’ Cowboy’ show, and loved it. When they decided to musicalize the ‘Hillbillies,’ Linda suggested me because she’d heard me do these western songs. I made the cut. Dramatic Publishing, and Linda, thought I was qualified to do the songs for the ‘Hillbillies,’ based on a play by David Rogers based in turn on the television series in the 1960s.”

I asked Opelka to talk a little about what we could expect of the show, in terms of the character of the music. “Everybody is, off the bat, expecting a country show—bluegrass, whatever you want to call it, country music—and yeah it is, but what about all the LA people?” Opelka wonders aloud. “I mean, Mr. Drysdale is not going to sing an Ozark song, and Jane Hathaway… [you’ve] got two different… cultures, and they clash. The score is schizophrenic, musically. I don’t think you go for the geography, I think you go for the person. I didn’t go about it any different than I did any of my other shows… You read the lines, you decide who these people are, and what would they sing about.”

Playwright David Rogers is now deceased, but Opelka says his daughter Amanda, also a playwright, was a great collaborator in his stead, as they worked toward building a musical, based on a play, based on a television series.

And Opelka is as pleased with the result as a hillbilly who discovers oil would be with his plot of land.

“In terms of the cast, it’s really an assembly of some of Chicago’s true stars, like Jim Harms, Kelly Anne Clark, Summer Smart, Norm Boucher, Bernie Yvon—people will come away marveling at the cast. As far as the show, I think it was a no-brainer to musicalize; these people were meant to be singin’ and dancin’. The fans of the TV show are going to get everything they love and more.”