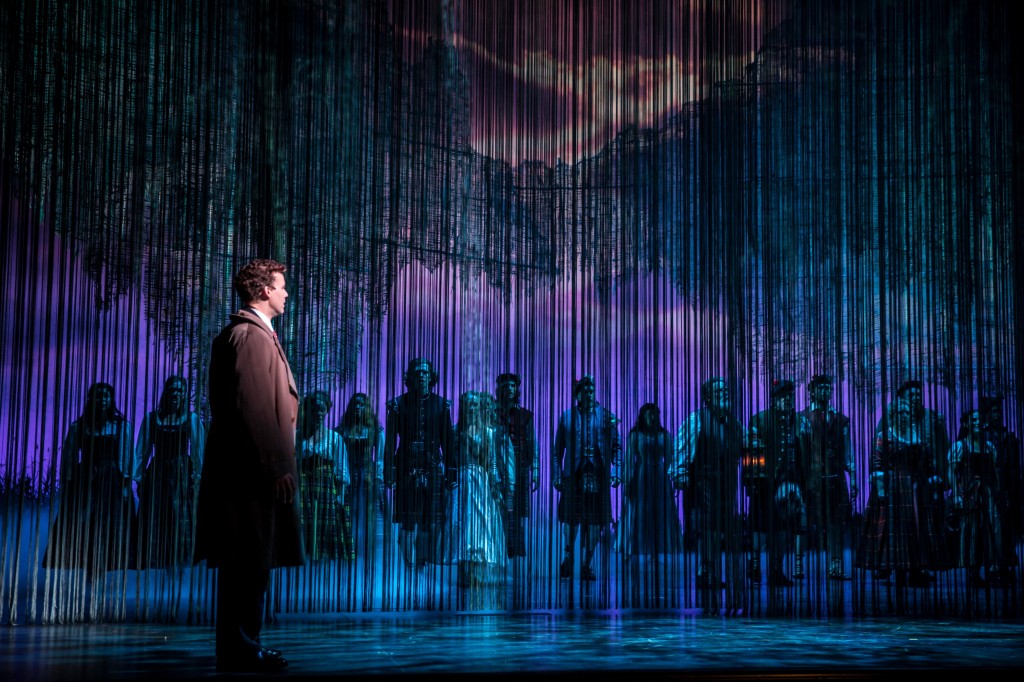 A few days ago, a friend and I were joking about the plot of Lerner and Loewe’s “Brigadoon” when he quipped, “What a silly story,” then, quickly realizing what he was saying in the same thought, he added “unlike most musicals.” Exactly. The tale of a mystical town in the Scottish Highlands that only appears for one day every hundred years is hardly an outlier in a world of singing and dancing cats or workingmen who build big ships not for money but for metaphor. But it is quaint, with its midcentury notions of utopianism grounded in a rustic, rural time capsule. And it is strange, its peculiarities foregrounded in director Rachel Rockwell’s stunning Goodman debut. But its strangeness holds its charm for me, with the town of “Brigadoon” as a stand-in for a particular vision of heaven, and the incursion of us Americans resembling the Fall From Grace in the Garden of Eden. (Other things I found swirling around in my brain in some of the slower parts, which this imperfect work has,  included the even-sillier “Gilligan’s Island,” with its comic—as opposed to tragic here—explorations of the challenges of mating in a small-sample population without mobility, and the musical “Riverdance,” which I admittedly only know through the incessant television commercials that once ran. Rockwell’s lords of the dance, though, are Scottish, not Irish, with tartan kilts, bagpipes and Highland dancing, which she blends deftly with ballet, leading to some mesmerizing choreography, most notably in the festive “I’ll Go Home with Bonnie Jean.”) 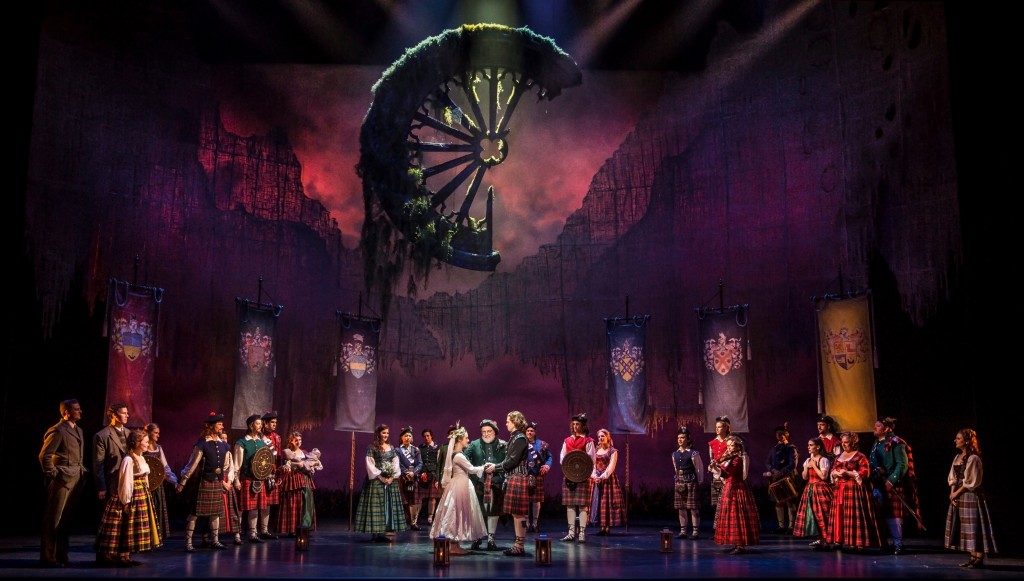 Rockwell might be new to the Goodman, but she’s a treasure in Chicago’s musical theater camp, with many acclaimed productions at places like Marriott Theatre and Drury Lane under her belt, not to mention a few straight turns at Steppenwolf and Chicago Shakespeare. Here, she’s brought in a large ensemble cast of mostly Goodman rookies, and they deliver a lively and skillful blend of vocal prowess and dance. Though I’ve seen most—if not all—of the musicals produced at the Goodman in the last decade or so, I can’t remember one quite like this; it plays like a Broadway show in a house a fraction of the size. As female lead Fiona, Jennie Sophia has a voice worth making a deal with the devil for, and its power is well matched in the duets with her male counterpart, Kevin Earley, who seems a bit nebbishy for this big romantic role of Tommy, until he opens his mouth and spits out a note or two. I’d be in heaven if I could just hear them sing the show’s best-known song, “Almost Like Being in Love” once a day.

Elevating the show’s mysticism is the set work by Goodman stalwart Kevin Depinet, whose use of long, slightly opaque, slightly quivering curtains with images projected over them, most notably trees, create a forest in a dream. 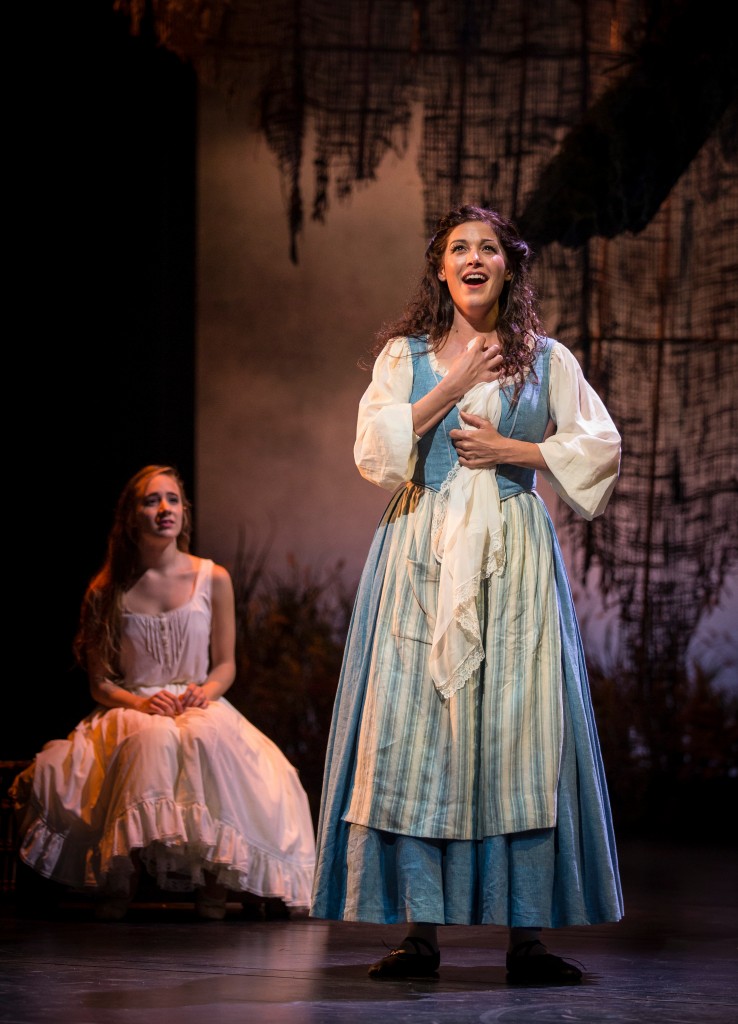 Much has been made of Brian Hill’s retooling of the book and, thankfully, he manages to inject some (relative) sanity into a rather  irreparably bizarre story, grounding the miracle of the town as a response to genocidal impulses arising from the failed Scottish revolution of the early eighteenth century, impulses sadly too familiar to audiences in postwar America when this musical debuted, and sadly still familiar today. But fans of some of Alan Jay Lerner’s wordplay and clever corny jokes need not fear—Hill’s mostly left them alone, adding in a bit more salty sexual innuendo here and there perhaps. It’s kind of funny, and sad, to think that utopian fiction once held such sway. That faced with the utter monstrosity of a world at war for most of a half century, folks turned optimistically, hopefully to dreams of a better world. Today, we’re mesmerized by dystopian one-upmanship, where world-ending cataclysms trade positions on the box-office charts with the dark futures of “Hunger Games” and zombies. All the while we slowly march in the direction that our escapism might warn away. I’ll take silliness any day. (Brian Hieggelke)