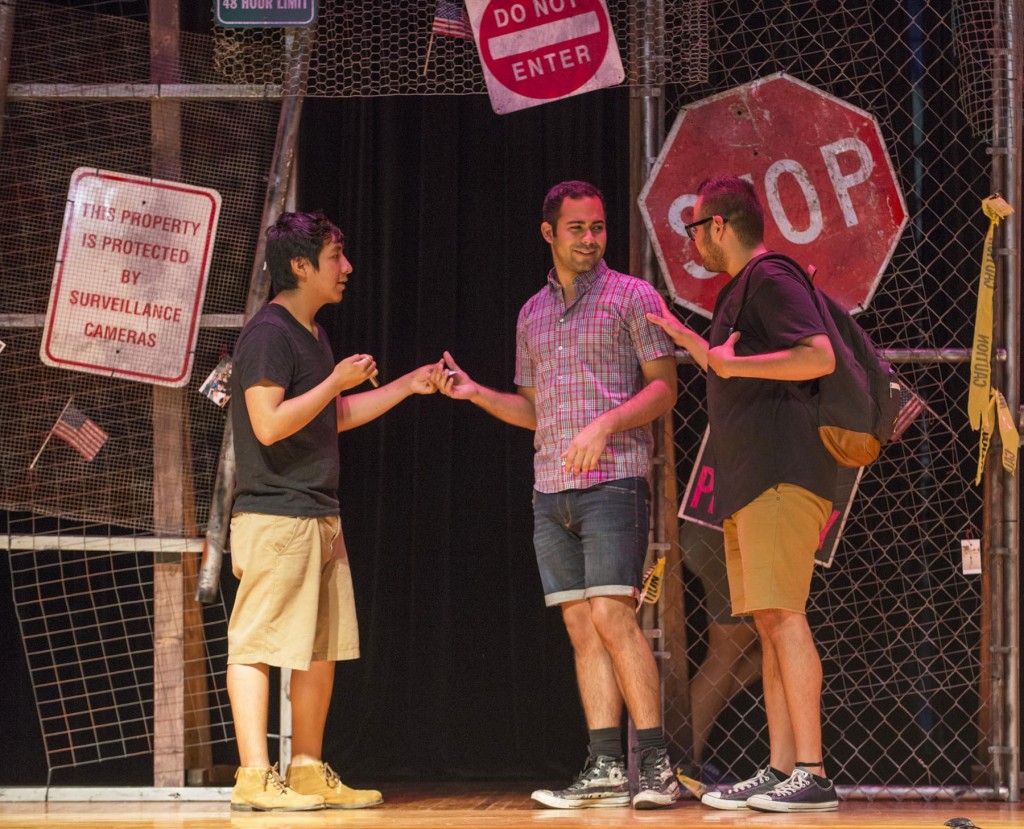 Often when filling out applications and surveys, we are given the option of checking only one box as it pertains to our identity. Rarely do we see the selection “mark all that apply,” and if we do, the choices are severely limited. As a result, we are forced to omit fundamental parts of ourselves.

Through storytelling, spoken word and movement, “Checking Boxes,” presented by the About Face Youth Theatre Ensemble, explores the lives of undocumented queer youth, forced to omit fundamental parts of their identity on a daily basis. The play starts with the ensemble members all on stage, bright-eyed with ambitious dreams of being an American.

However, as the play progresses, reality slowly chips away at the delusion that is the American Dream. One young man is told, upon his arrival in the States after being rejected and beaten by his grandfather for being gay, “We all have to start somewhere.” That somewhere he is told is hiding the fact that he is both undocumented and gay. From there it’s a downward spiral for those living with this double invisibility. As one young lady in an angry rage puts it, “The American dream is a nightmare as far as I’m concerned.”

Shannon Matesky, in collaboration with the About Face Youth Theatre Ensemble, has written a compelling and passionate piece of social justice art. About Face Theatre and The Chicago Park District’s Night Out in the Parks initiative, should be commended for making theater mobile and bringing this piece to several public parks throughout Chicago.

And although there are limitations to performing in public parks—as with the noisy vent and poor sound in Washington Park’s field house where the opening performance was held—both director Ali Hoefnagel and the AFYT create an engaging and energetic experience. Additionally, Sotirios Livaditis’ set—a fence structure adorned with American flags and signs that deny access—is the perfect backdrop to bring to life the stories of these “undocuqueer” youth.

Through this piece, Matesky and the AFYT urge us to see we have more power than we think to help the lives of others living in the margins. We have our voice, we have our vote, and we can continue to foster the spirit of inclusion. For, as Dr. Martin Luther King Jr. stated, “No one is free until we are all free.” This piece reminds us that we have work to do, because from the look of things, we aren’t there yet. (Loy Webb)