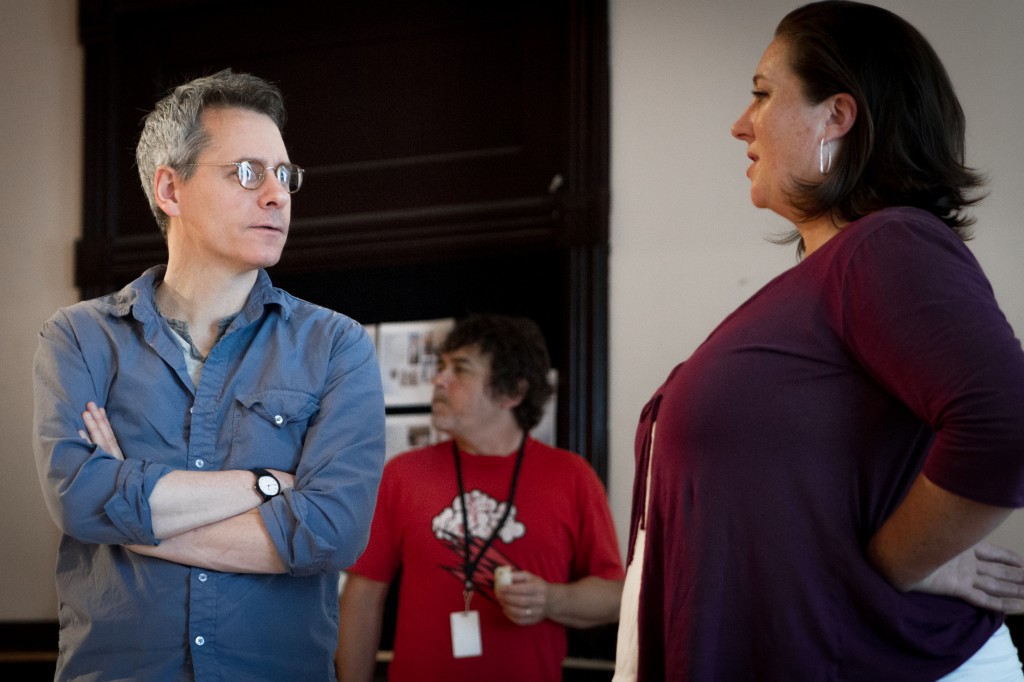 When a sex comedy by a highly lauded playwright hits the Chicago stage, I get the call from Newcity to devise the sort of feature you just started reading. Seems this paper thinks all I care about is getting laughs and getting off. How obvious I must be.

Obvious ain’t a word I’d use to describe “The Qualms” by Bruce Norris, now in its world-premiere production at Steppenwolf. The show presents what is for most viewers a specifically unfamiliar social setting within what are generally very recognizable trappings. That is to say: it’s a swingers party, but after all it’s just a party. With much hilarity the play offers insight into our ridiculous human habit of trying to enjoy the company of others while maintaining an individual sense of righteousness, or at least control.

Before catching the show a few days later, I speak with Norris by phone. I start with a question firmly on both rails of my two-track mind: What’s inherently funnier, polyamory or monogamy?

“What’s inherently funnier is discomfort,” replies Norris. “Whichever one you’re more uncomfortable with is funnier. For American society at large, obviously polyamory is funnier than monogamy. Monogamy is held up as somehow sacred. And people who are in polyamorous communities are looked at as kinda ridiculous. It’s something I always wonder about: I’m anti-utopian but if we could actually not bring our fears and jealousies and possessiveness to relationships, wouldn’t that somehow be good?”

In today’s seemingly more liberal time with same-sex marriage gaining acceptance, Norris sees monogamy’s grip. “Everyone will go- ‘Gay marriage, let’s all get behind the same thing where we just have each other that we believe in and support.’ And that’s I suppose a separate thing from who you’re having sex with, but generally speaking it’s not—you can’t separate out the emotional part from the physical part.” It’s the emotional part that “The Qualms” unveils. No one’s getting fully undressed onstage. At least not physically. “In a play like this there is no action that is separate from what is said. People are inarticulate, so what they do in the play—or most plays I’ve written—they’re in a clumsy way trying to use language to achieve something. So when they fail at successfully using language to achieve that, that’s what precipitates the action. You can’t really separate the two in that sense. It’s just people trying to talk things out.” 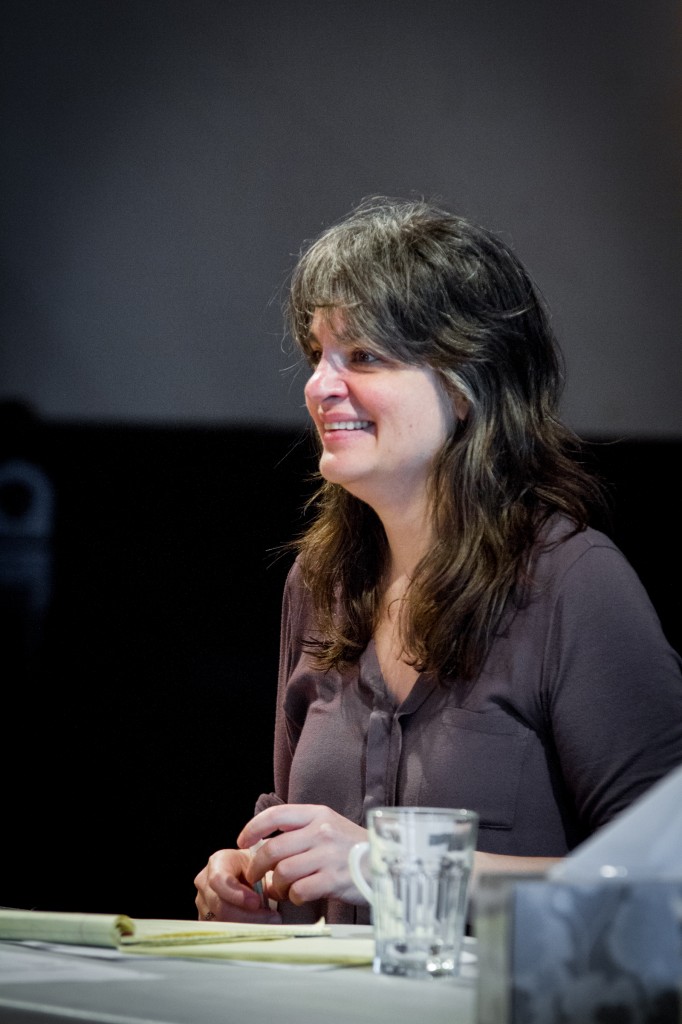 Norris ventures a guess about the political leanings of those who live what his play’s characters refer to as the lifestyle. “I would imagine that the majority politically speaking are libertarian, given that it is a culture …  that says you shouldn’t tell us how to live our lives.” Roger, the character identified by the party’s host as the group’s alpha male, espouses clearly libertarian viewpoints. Chicago actor and improvisor David Pasquesi, playing said seasoned swinger—the last to arrive at the gathering “in one of those faceless fairly generic beachfront communities” as Norris describes the setting—has his own amusing answer to my initial question.  “Well it depends on if you get your comedy out of sadness. In that case, monogamy. If you get your laughs out of joy, I can only imagine polyamory.”

Though it’s sex which ostensibly brings the new couple, Chris and Kristy, to the beachfront soiree, Norris opines the pair’s challenges are no different from those facing anyone trying to fit into a new social group. “There’s something common to people trying new experiences: that we’re in a fearful vulnerable state. You have to pretend a level of sophistication and a level of maturity which you don’t really have. It’s like going to high school for the very first day.”

Director Pam MacKinnon agrees. “It actually has very little to do with sex. It has to do with jealousy. It has to do with how long you can maintain polite behavior in a roomful of strangers when you are in disagreement with them and you learn step by step that you’re in over your head but yet you don’t wanna lose face. It’s about sort of a pressured social situation, a party that starts to go wrong.”

During an after-show discussion, Norris reveals “The Qualms” comes as close as he’ll ever get to a happy ending. He also clarifies, in response to an audience member who declares her anger with the notion of sexual sharing and wishes new guy Chris had simply stormed out, the role of the play’s wordiest character. “That’s what I would have done if I’d wanted him to be the hero of the show.”

The Pulitzer Prize-winning writer’s appearance affords the audience a rare opportunity to address the show’s creator. Norris’ presence through the bulk of rehearsals has benefited the production, says MacKinnon. “We have the original artist right there and he can rewrite a line or two or a whole section of the play if he’s so inclined and that can be fantastic; it can also sometimes be tricky. You can get new pages late in the game that then have to be worked on. Now Bruce doesn’t rewrite that much once it’s in rehearsal, but certainly every day he’s changing a line or two.”

Norris offers a playfully lighter take on the collaborative nature of theater. “Whatever success I may have had as a writer is largely attributable to people misunderstanding my intentions.”

Finally, I bother MacKinnon about the comedic merits of the two sexual lifestyles in conflict in Norris’ play. “It’s not so much that monogamy is funnier, but whenever you introduce sex into a relationship it can turn on a dime into conflict. We’re talking about incredibly intimate relationships either way and what both attracts people to each other as well as what within that intimacy can also repel people, and that is inherently funny.”

Or, as Norris summarizes, “I don’t know, they’re both kind of ridiculous.”