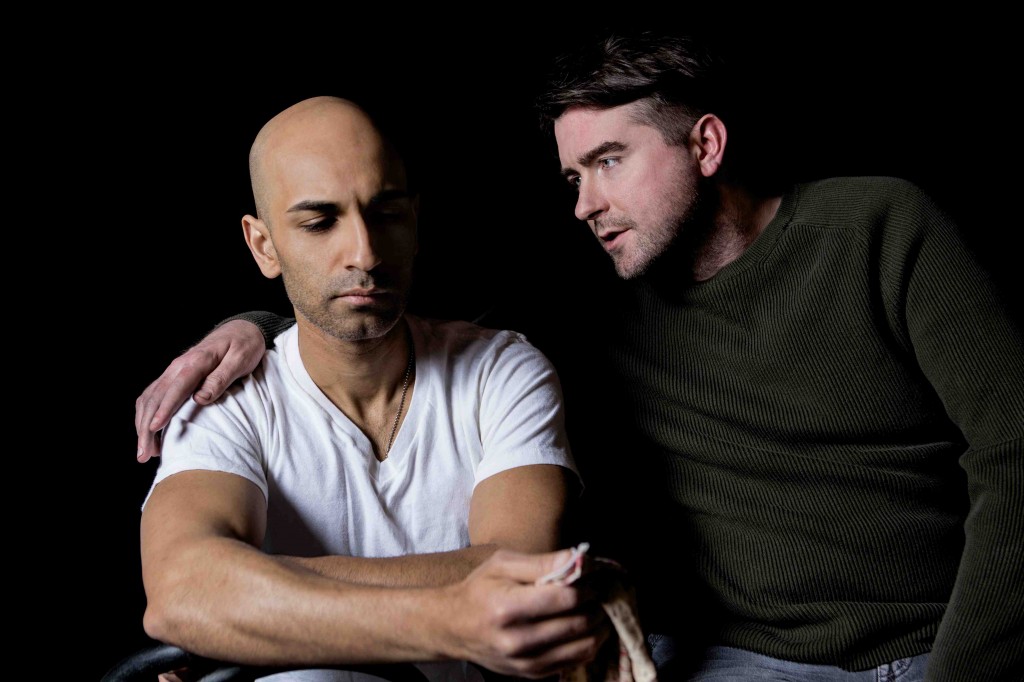 “O these men, these men!” sighs Desdemona (played by Brittany Burch), who is soon to be murdered by her jealous husband, Othello. She is confiding her bafflement to her friend Emilia (Darci Nalepa), who will meet the same fate at the hands of her husband, Iago. Othello’s paranoid rage and Iago’s duplicity and hatred are like the storm roiling the sea around the play’s island setting, chaotic and destructive forces that crash down hardest on the women these soldiers of empire are pledged to protect.

The Gift Theatre’s clear, strong and elegant version of “Othello” captures both the furious momentum and thematic nuances of Shakespeare’s examination of race, patriarchy and authority. Director Jonathan Berry and his skilled cast and crew have brought to the Gift’s tiny stage a production that grips us from the first moment and does not let go. Dan Stratton’s abstract and austere set, Christian Gero’s evocative musical segues and Sarah Hughey’s subtle, noir-style lighting never distract us from the dramatic essentials of language, movement and gesture—which is to say, the acting.

Kareem Bandealy as Othello, the Moorish general fighting for Venice, and Michael Patrick Thornton as his ensign Iago, are fully up to the challenge of this unadorned production, delivering tough, intelligent performances without fuss or bluster. (Gabriel Franken takes over as Iago as of August 10.) Clad in modern garb, the two actors explore the paradoxes of their master-servant relationship, as the subordinate Iago (who declares early on “I am not what I am”) plants the seed of doubt in his general’s mind about the fidelity of his newlywed wife. Brilliantly playing on the insecurities of Othello, a dark-skinned outsider among Venetian aristocrats, he eventually attains control over his superior’s mind and will, to the point where, in a nice directorial touch, Othello salutes him.

Both casting choices are risky, and both pay off. The wheelchair-bound Thornton does something new with this very old part, visually suggesting one reason for Iago’s pathological envy of the buff, piratically handsome Moor. And while Othello is usually played by a black man, the casting of the Pakistani-born Bandealy underscores the East versus West dynamic of Venice’s commerce-driven empire, while pointing slyly at our own imperial conflicts and associated prejudices. Bandealy’s full-bodied performance—with its hint of war damage and PTSD—contrasts strikingly with the understatement of Thornton. His Iago is no moustache-twirling Victorian bad guy, but rather a cool and dispassionate corporate player who understands the career advantages accruing to those who feign loyalty, while “[keeping] yet their hearts attending on themselves.”

Iago is the play’s great mystery, and Director Berry wisely attempts no single, all-encompassing explanation for his malevolence. Like Richard III, Iago continues to fascinate because he is so innately theatrical, as he effortlessly maneuvers the credulous humanity around him and sculpts their perceptions, using his powerful improvisational imagination.

Shakespeare knew his Machiavelli, and was prescient enough to figure out that the motive force of the modern age just dawning around him—and depicted so perfectly in this most modern of his tragedies—would be the spinmeister, the war propagandist, the myth-mongering opportunist. In Iago, we see embodied the ills of our own moment—including the most ominous evil of all, the emptiness and purposelessness beneath the overweening ambition. When at the end Iago, silent and alone, gives the audience a parting look both sinister and unreadable, we realize it is not because he has so much to conceal, but rather because he has nothing at all to say. (Hugh Iglarsh)