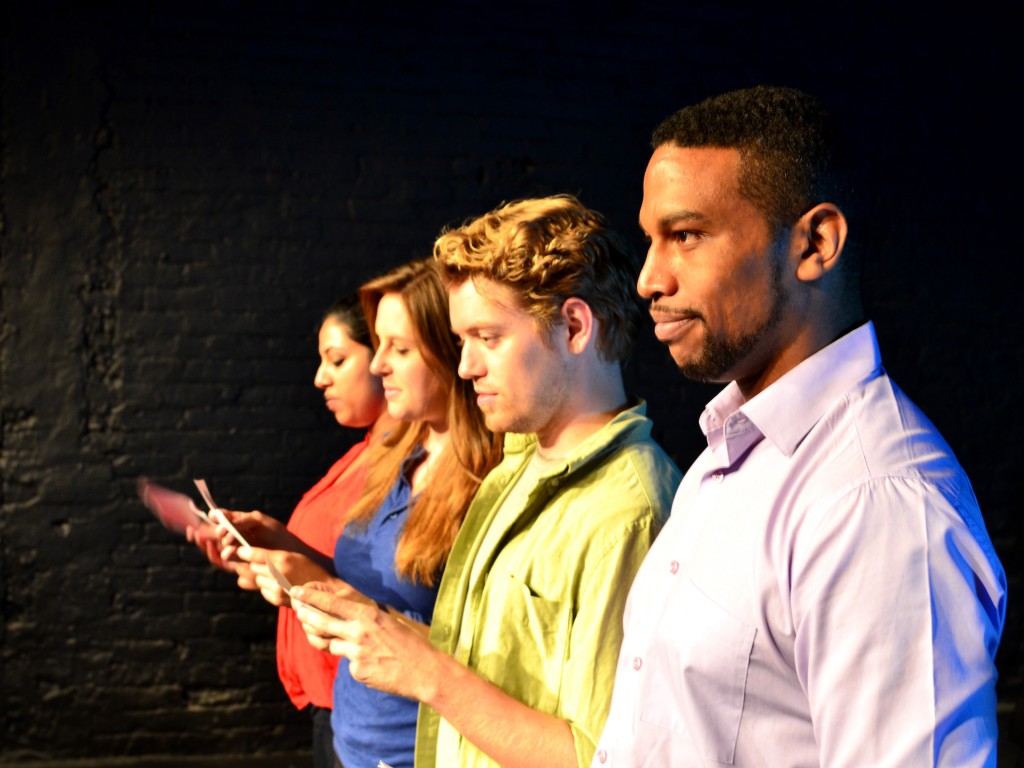 Usually when you hear someone use the phrase “the universality of the human experience” it’s a load of hooey. People use it to justify why their production of “Timon of Athens” should be considered relevant to today’s inner-city youth. It’s a weak bromide offered by the Powers That Be to justify telling their stories instead of yours. Anytime I find myself about to use it, I stop and seriously reconsider my position.

That being said, Broken Nose Theatre’s “My First Time” really benefits from the universality of the human experience. And I mean that. Seriously. The show, which Broken Nose is remounting after originally producing the Chicago premiere, began its life as a website: myfirsttime.com. Founded in 1998, the site invited people to anonymously submit stories of how (and why and when and with whom) they lost their virginity. As of this writing, the site has had more than 50,000 entries.

Finally, in 2007, producer Ken Davenport turned it all into a play, drawing from individual tales as well as audience surveys and general statistics. The show reminds me of the work of Dan Savage in its desire to sample from and normalize the vast array of humanity’s sexual experiences. It includes good sex, bad sex, loving sex and rote sex. There are stories of gay awakenings, of why people decided to wait. There is incest, there is rape. There is pretty much everything.

Director Ben Brownson makes the very wise decision to keep the show light on its feet. The play is basically a series of monologues, of people telling stories. Brownson keeps the staging basic, the lights and set simple. He gets the extra stuff out of the way so that his actors can bring these tales to life. The talented cast of four (Jovan King, Elise Spoerlein, Teresa Kuruvilla and Spenser Davis) hopscotch back and forth between characters old and young, rich and poor, inexperienced and, well, they’re pretty much all inexperienced. They each bring a relaxed rhythm to the show that befits its late night slot and casual, talking-to-the-audience vibe. Together with the surveys handed out at the beginning, the whole thing can feel like a particularly raunchy sleepover.

More than anything, the show will leave you afterward reflecting on your own story. After all, everybody has one. It’s universal. (Alex Huntsberger)