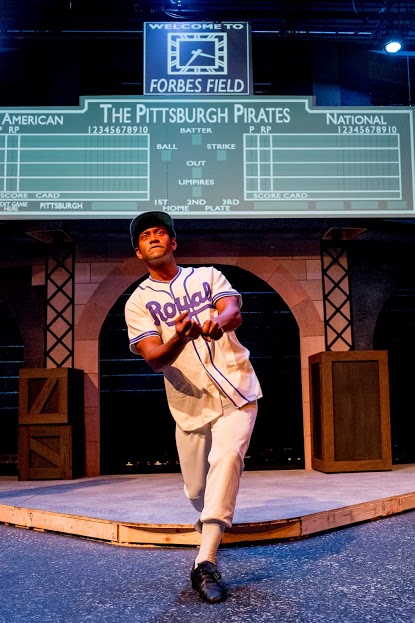 The creation and delivery of a historical play presents very specific challenges. The story of the life of any individual, no matter how private and quiet it might seem to others, is a fulsome thing, and the telling of it requires heart-stopping decision-making. The central plot line must drive the narrative, with all the supporting information, no matter how juicy, supplying its named purpose. Add to this trial the fact that the examined life is that of an international celebrity, stir in several songs and call it a musical, and you are up to bat, bottom of the ninth, bases loaded, with the opposing team leading by a single point.

Writer and director Luis Caballero strikes out with his attempt to tell the story of Roberto Clemente, the acclaimed Puerto Rican baseball player. His poverty-stricken beginnings, his eighteen seasons with the Pittsburgh Pirates, his numerous awards and his celebrated charity work that led to his death in a plane crash are the stuff that could fill a theatrical offering with drama and music. But what is the central story? The rampant racism that he encountered within the sport? His marriage to a girl of a different faith? The physical ailments that he overcame to become the first Latino player to win a World Series as a starter? His giving back to his Puerto Rican roots during the off-season, creating opportunities for that country’s children? His sensational death that awarded him martyrdom? “Clemente: The Legend of 21,” heroically attempts to highlight each of these story arcs with equal examination, with the unfortunate result that plot lines appear, and then suddenly disappear, while another, previously unexplored and unexpected element leaps to center stage. Each story line receives its own climax, which I found to be battering.

Only two of the eight songs, mined from Harold Gutierrez’s score for the Off-Broadway production of “DC-7, The Roberto Clemente Story,” could in any way be considered to drive the narrative, and since they are love songs, one sung by the girl about the boy, with the other delivered by the boy about the girl, over-state by percentages the story of Roberto’s marriage, which seems otherwise to be a charming subplot. The other songs could be placed in almost any Latino musical. At best, NightBlue’s co-production with New York’s ArtoCarpus is a “play with music,” and not a musical at all.

Yet the largely Latino audience seemed to be having a glorious time. As Clemente is lionized in his native country, it is not surprising that the subject matter alone would appeal to the right audience. And there was much laughter during the first act, dealing with Roberto’s youth. I was unable to appreciate the humor, as approximately forty percent of the tale was told in Spanish and the supertitles were inoperable the night I saw the show. (Aaron Hunt)