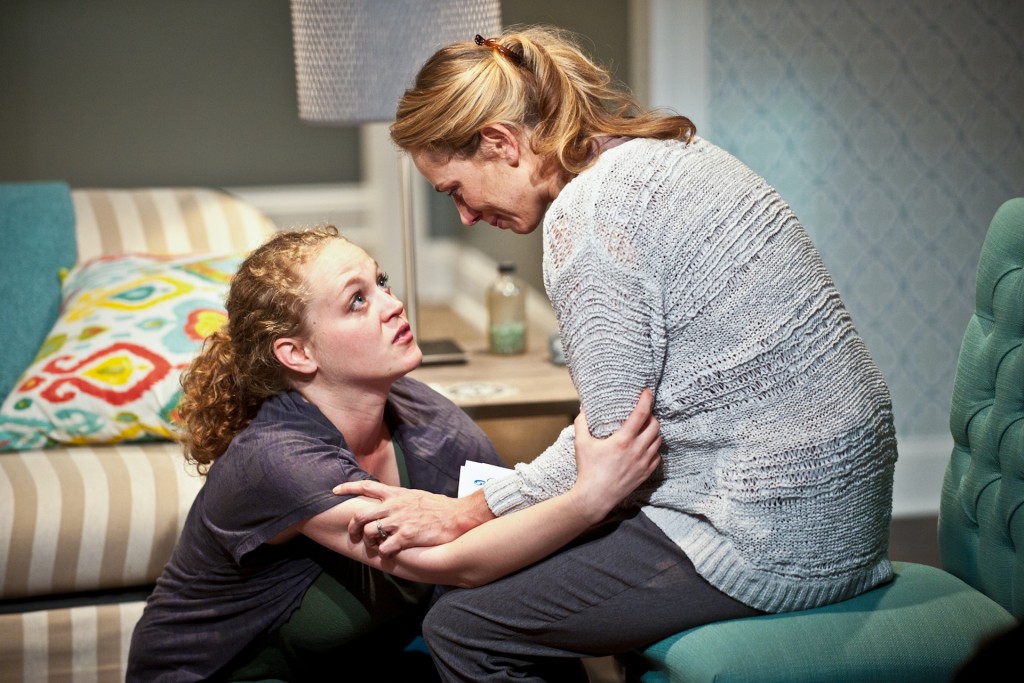 Before Caitlin Parrish began to write for television’s “Emily Owens, M.D.” and “Under the Dome, ” she was an award-winning playwright. With director Erica Weiss at the helm, Parrish’s “A Twist of Water” enjoyed success in Chicago and off-Broadway. The team reunites for “The Downpour,” given a vibrant production here through an oversized Chicago picture window. If Parrish’s work in television has kept her busy for the last two years, and if “The Downpour” has been two years in the making, I am left to ponder what effect this splitting of focus might have had on this play. The first act left me beautifully shaken, the second act beautifully dissatisfied.

The familial dysfunction on display in “Downpour” is as unrelenting as a tidal wave, and as mysterious layer after a homicidal lie is revealed, I was all gooseflesh. Like any good thriller, the list of potential victims mirrors that of possible suspects, presumed reality brushing up against unwieldy truths. What is the inherent danger in the older sister’s pregnancy? Why does the younger sister write children’s books where the child-protagonist is always locked away? Why does the husband never question the large scar on his wife’s head? Can a happy whoremonger change? What does the incessant theme of water portend?

A definition of family is postulated, discarded, reassembled, torn to shreds and finally pieced together with a combination of bravery and slow, deep breaths. There is too much loss of glorious terror to be risked by plot revelations. Parrish leaves every option open for denouement until the final scene of the play, and if I feel that the least messy ending was the one that poured out of her pen, I must grudgingly admit that it is the most logical, and try to set aside my wish for something more Ibsen-esque.

Erica Weiss leads her marvelous cast through dangerous shoals; in lesser hands this script could drift into parody.  But every character is finely drawn and motivationally executed, every scene enjoys a believable arc, and the total commitment of the actors cannot be doubted in such a small space; the audience is nearly sitting on the couch of Brian Sidney Bembridge’s open floor plan, painfully austere and meticulously neat, all the pictures on the wall lacking clear subject matter, swirls of ambiguity. The husband (Peter Moore) and his best buddy (Stef Tovar) redefine metrosexuality: they drink beer while hating the Packers, cook, set the table and create stunning flower arrangements. Yet neither is a cypher; both portrayals are soul-mined, imperative, providing humor and pathos.  Younger sister Caroline Neff mesmerizes, revealing horror behind bricks sealed with the mortar of a mangled childhood. But the yeoman’s duty rests on the delicate shoulders of Brenda Barrie. With an inner- and outer-stillness she commands the stage and draws us into the lap of her despair. (Aaron Hunt)