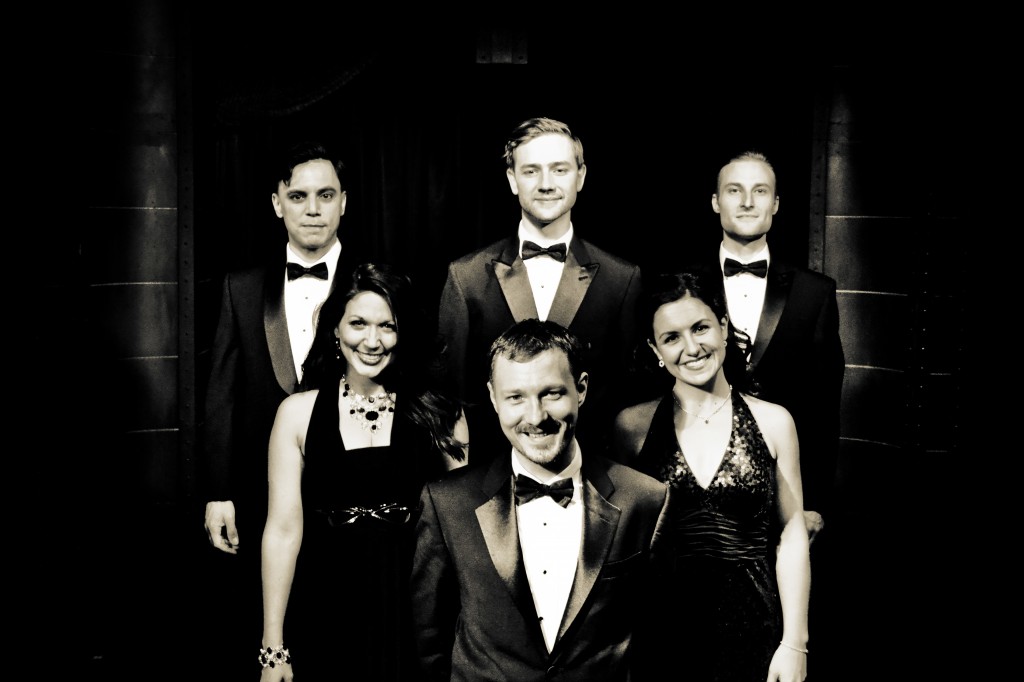 Kurt Weill’s career, like this show, had two very distinct acts: the first superb, the second not so much.

Act I was set in Weimar Germany in the late 1920s, where the conservatory-trained composer achieved immortality by crafting jaggedly dissonant music that perfectly complemented the haunting, sharp-edged lyrics of Bertolt Brecht in such works as “The Threepenny Opera,” “Happy End” and “The Rise and Fall of the City of Mahagonny.”

Afterward came his American period. Fleeing Hitler with his wife, the actress/singer Lotte Lenya, Weill shed his past altogether, re-emerging as a successful but conventional tunesmith for a mostly forgotten series of Broadway musicals. He died of a heart attack in 1950, soon after his fiftieth birthday.

The disrupted, divided nature of the artistic career gives Theo Ubique’s “A Kurt Weill Cabaret” a schizoid quality. Under the direction of theater co-founder Fred Anzevino, the revue’s first hour pulses with energy, intelligence and inspiration. Performed by a dynamic quintet of singer/dancers (Kellie Cundiff, Christopher Logan, Jordan Phelps, Michael Reyes and Jill Sesso) and accompanied in bravura fashion by musical director Jeremy Ramey, the Brecht segment is more proof, if more were needed, that the seventeen-year-old Theo Ubique is a star in Chicago’s storefront theater firmament. All aspects of the production’s first half—from the strong, unmiked voices to Bill Morey’s grungily authentic period costumes and Maya Michele Fein’s multihued expressionist lighting effects—come together with artful precision, creating a mood of hedonism spiced with Teutonic angst. It is cabaret as it should be: a pared-down, direct presentation, which never panders to the audience, but rather connects with and challenges it.

Ramey’s long, cantata-like arrangement of the medley from “Mahagonny”—featuring the justly famous and much-covered “Moon of Alabama”—is the highlight of the evening. Weill’s discordant harmonies and syncopated rhythms wind sinuously around Brecht’s dark poetry, capturing the moment when fascism was crystallizing and spreading within a demoralized and alienated society. The songs are lyrically and melodically tense, complex and two-sided, evoking both the decadence and the desperation of the period, the too-long party and the coming hangover. As the pleasure-seekers of Mahagonny put it, “They call it satisfaction, but they don’t feel satisfied.” Eschewing sentimentality, the songs present a circumscribed world where love is always conditioned by economic necessity, where “if we don’t find the next little dollar, I tell you we must die.”

The revue’s second half is as disappointing as the first is rewarding. The cast, now decked out in tuxedoes and cocktail dresses, seem like alien body-snatchers from the planet Muzak, so sharp is the drop in intensity after the intermission. The dozen or so ballads and torch songs are stiff and formulaic, although the a cappella rendition of “Lost in the Stars” has charm. The sharp, vivid piano-playing of the first act goes schmaltzy and the singing is screechy and over-vibratoed, to compensate for the blandness of Weill’s American-period songs, which suffer when juxtaposed against the brilliance and substance of his earlier work. The “Mack the Knife” finale is pure Vegas, and represents a puzzling lapse of taste. Why not do it twenties style, maybe in the original German, and end where we began, at the height of Weill’s powers?

The Broadway idiom brought out Weill’s weaknesses as a songwriter, his hyper-complexity and lack of warmth and emotional range. But the bigger problem, as noted by his fellow composer Alec Wilder, is that the commercial music comes off as an “astute imitation” of others, without the quality of personal involvement or engagement. The paradox at work here is that Weill’s newer songs feel musty, while the older work sounds like it was written tomorrow. My advice to the playgoer is to listen to the magnificent Mahagonny Songspiel, reflect upon Brecht’s and Weill’s accomplishment, then slip quietly into the night. (Hugh Iglarsh)