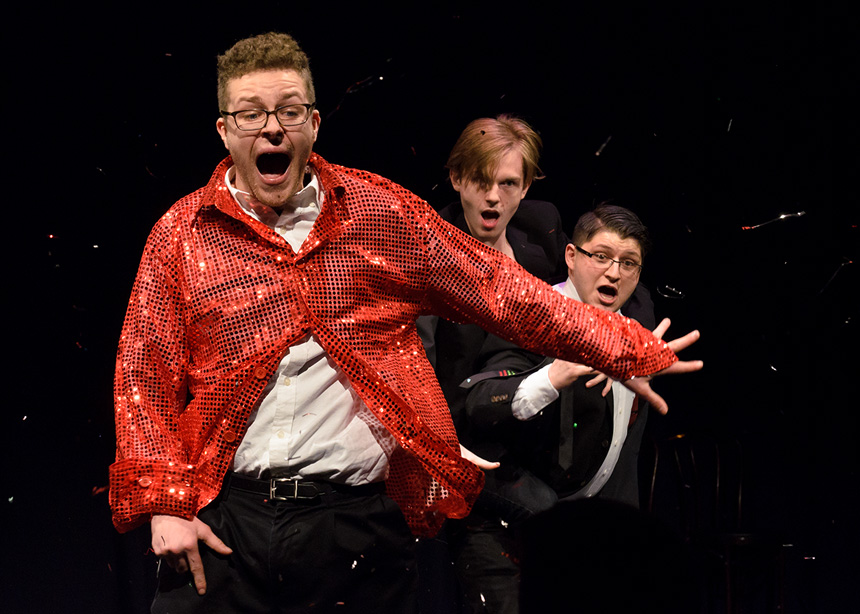 In the world of American acting, fame and fortune are to be found on the coasts in Los Angeles and New York. However, many of America’s most successful actors and comedians come to Chicago to make their bones before making a go at the Big Apple or Hollywood. Chicago’s theater scene is full of young performers looking to learn their trade and beef up their resumes. It should come as no surprise then that Chicago is also home to some of America’s foremost training centers for acting and comedy. The School at Steppenwolf regularly turns out actors who may be the next Joan Allen or John Malkovich. Second City and iO Chicago churn out Tina Feys and Stephen Colberts like clockwork. Sure, find fame and glory on the coasts, but if you want to become a great performer, come to Chicago first.

Chicago has spent decades fomenting its place as a theatrical hub, but in recent years things seem to have really taken off. Chicago’s performance training centers are experiencing something of a renaissance right now. Vaunted Chicago institutions are expanding dramatically (as theaters are apt to do). The Annoyance Theatre recently moved into a brand new space overlooking Clark Street. Second City is expanding in Pipers Alley and, of course, Charna Halpern’s iO Chicago has moved into a gorgeous new space on Kingsbury Street. Annoyance, iO and Second City expanded to accommodate the ever-growing multitudes of eager young performers looking to take their stages and classrooms. Each of these theaters has been around the block and earned the reputation that brings actors from the world over to their doors. But it is not just the old warhorses that have benefited from the legions looking to learn. In addition to these established institutions, there are several new kids on the block looking to help guide the next generation of performers. One of them is Stage 773.

Stage 773, like the performers who call its stages home, is a space that wears many hats. First off, the theater is a subsidized rental space that provides a home for ensembles that may not have theaters of their own. This is especially useful for new ensembles that have not had time to establish a reputation or invest in their own space. Next, it is home to its own company of artists who create their own unique performances. There are constantly shows going up on the theater’s stages. According to artistic director Brian Posen, who has been active in the Chicago theater scene for more than twenty years, working at many of the city’s best theaters, “our stages are always rocking.” Serving these dual purposes, the theater saw yet another new way to add to its mission: education.

Most of Chicago’s theatrical training venues are based on one-year (or longer) curricula. Stage 773’s Training Center takes a more a la carte approach. “Chicago performers do comedy one night and Shakespeare the next,” says training center director Amanda Long. Stage 773 is therefore offering classes that average one-to-three weeks in length (though there are also six-to-eight week programs for ensembles) that allow experienced actors and ensembles to keep their diverse skills sharp. Stage 773 sees itself as a complementary program to Chicago’s existing training centers. If you want a lengthy training program or you want to start from scratch, head to one of Chicago’s more established training centers. If you want to hone existing skills or learn new ones, head to Stage 773. Another selling point for these programs: the cost. Stage 773 says that the price of a class in the space will be lower than other programs around the city. Each of these classes will be taught by topnotch instructors, according to Posen and Long.

In addition to training, Stage 773 is offering its students performance opportunities. Some of the classes at Stage 773 end with performances in the theater’s “Box” space. This space is a “transformer” says Posen—allowing different types of shows to be created, before morphing quickly to make itself an appropriate venue for other, often radically different types of performance.

So, with all of this in mind, is there anything else you may want to know about Stage 773?  Each training program in Chicago tends to build a following and a community around it and Stage 773 looks to create something similar. Speaking to the size of some of the city’s other venues, Posen tells us, “You won’t get lost here.”