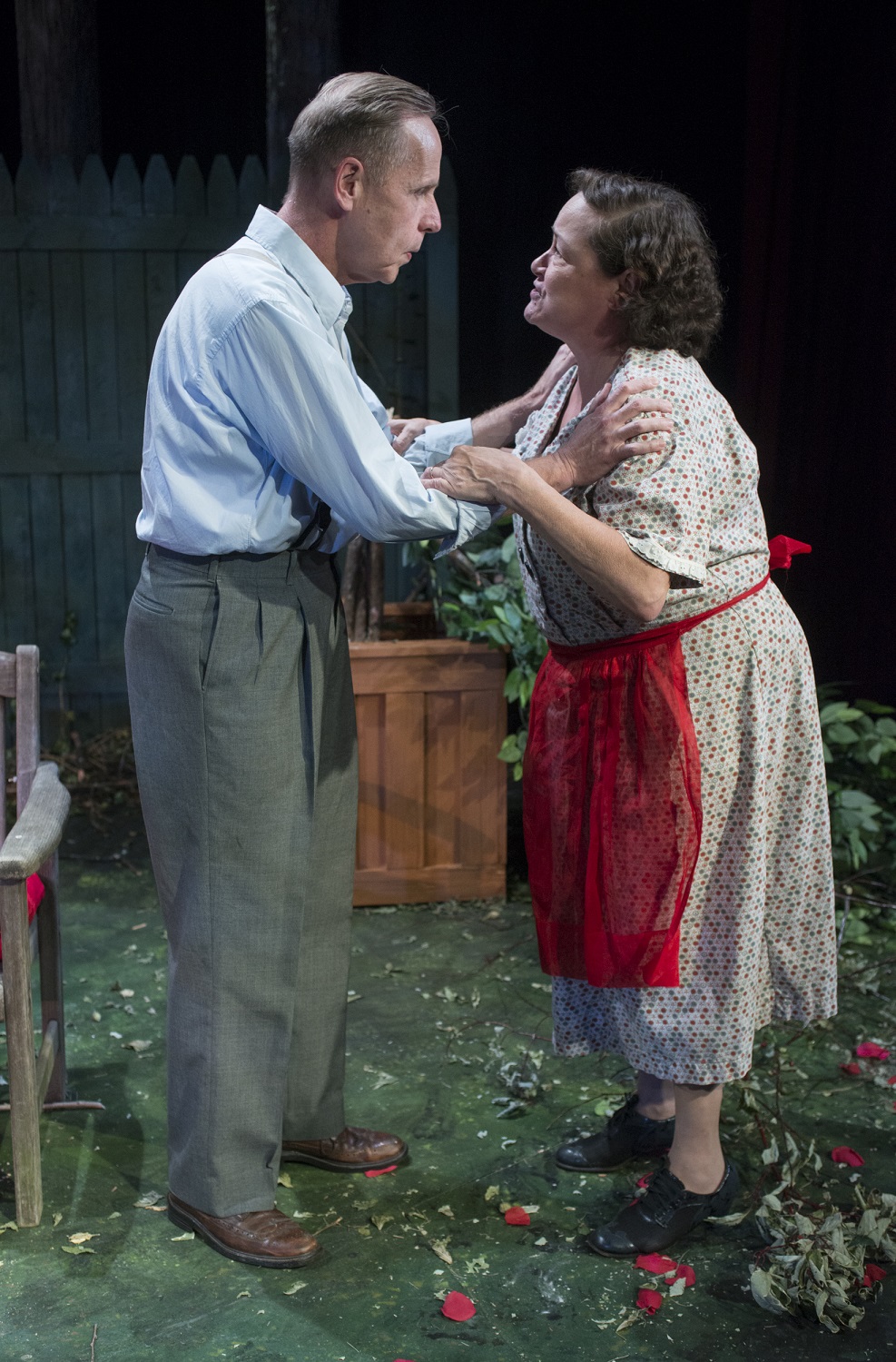 More than sixty years after its Broadway debut, Arthur Miller’s “All My Sons” continues to stand the test of time. This poignant story, which centers on a man grappling with the choices of his past and their impact on his present, is done proud by this exceptional production at Raven Theatre. Though the show runs for around two hours, the time passes quickly thanks to the brilliant direction by Raven’s artistic director, Michael Menendian, combined with a cast of talented actors. Each member of the cast complements each other in such a way that helps the audience become fully immersed in this post-World War II tale.

Chuck Spencer brings Joe Keller to life in every scene, conveying his inner struggle, his longing to move on with his life and leave the past in the past, and his heartbreak, even in moments of laughter. Spencer’s interpretation of Joe wanting to remain larger than life through any opposition only makes the truth of his decisions all the more difficult to swallow. He is well matched with JoAnn Montemurro (Raven’s co-artistic director) as Kate Keller. Montemurro’s performance is like a Rubik’s Cube—colorful, complex, layered and full of intricacies. She captures the undying hope of every mother who has ever sent a child off to war and the pure, unwavering devotion to her family, especially her husband, that is reminiscent of stereotypical housewives of the mid-twentieth century. Matthew Klingler and Jen Short shine as Chris Keller and Ann Deever, respectively. Their portrayal of idealistic love is a joy to watch while its deprivation induces anguish. Matt Bartholomew (Dr. Jim Bayliss), Greg Caldwell (George Deever), Shane Murray-Corcoran (Frank Lubey), Daniel Pass (Bert), Hallie Peterson (Lydia Lubey) and Sue Bayliss (Kristen Williams) round out the cast, meaningfully contributing to the production in their roles and successfully transporting the audience to the yesteryear of 1946.

The set, designed by Ray Toler, fittingly complements the story and conveys a feeling of looking out of a window and into the Keller’s backyard. The sound, designed by Luke Sword, heightens the stakes of the story in the right places with just the right tones.  At the root of “All My Sons” is what is at the heart of every Miller play: reality. From start to end, every piece this production honors that truth. Raven Theatre’s “All My Sons” is a production that would likely make Miller proud. (Mary Kroeck)