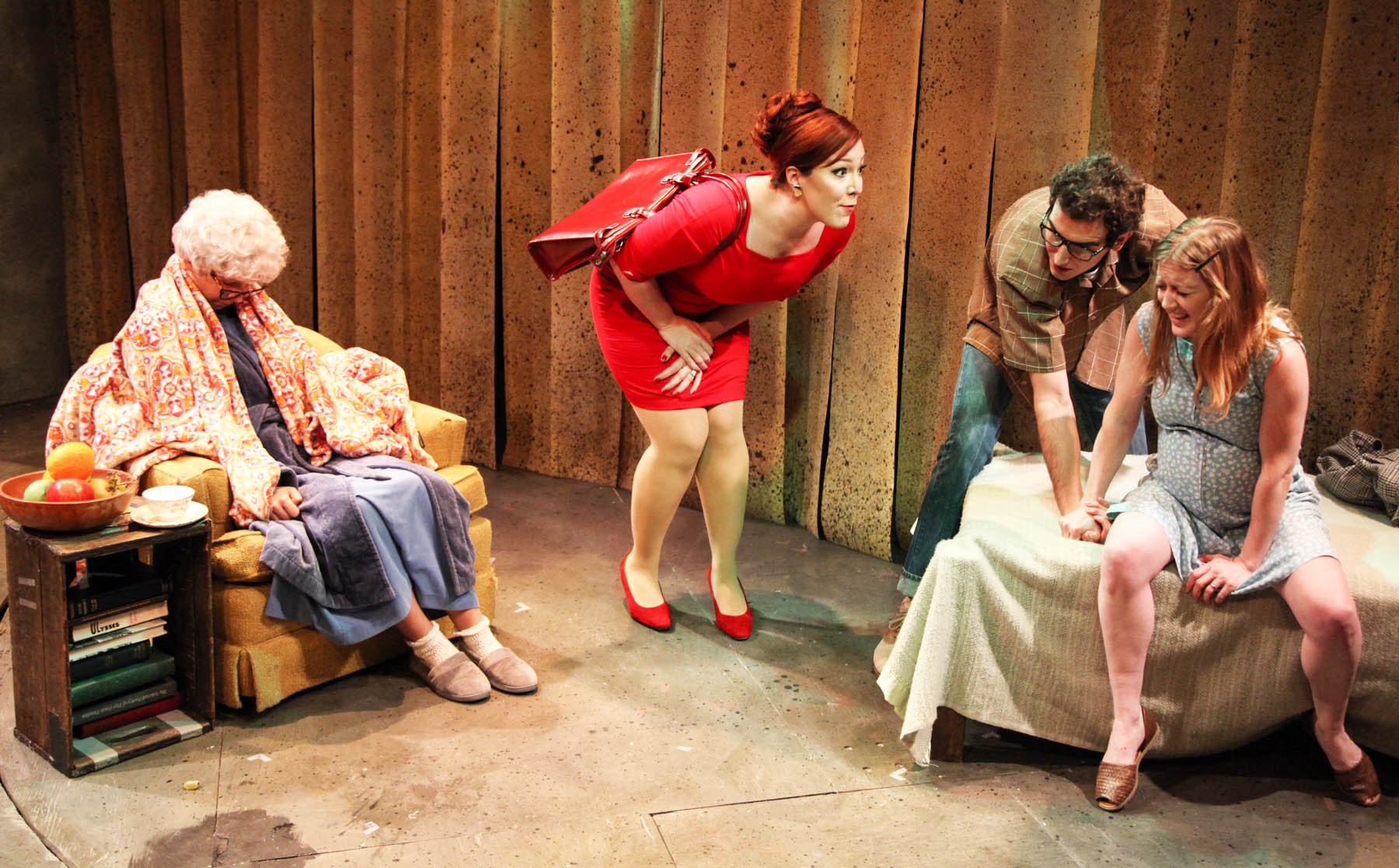 From our youth we are indoctrinated to believe that only the “best” are rewarded. The “best” student gains admission to the premier university. The “best” athlete wins the ultimate championship title. The “best” employee lands the most coveted promotion. The “best” performer wins the most prestigious award. It is this type of honor system that breeds a culture of ambition that will stop at nothing to get to the top, even if it is morally or ethically wrong.

Although written in 1972, the themes in Caryl Churchill’s farcical play “Owners” are starkly relevant. It is through Clegg (Matt Castellvi) that Churchill discusses ownership as it deals with one’s physical person. He has grown dissatisfied with his wife Marion, who he compares to a “clever dog” he owns that has grown out of control. “But a time comes when you say, Heel. Home. Lie Down.” Clegg’s idea of heeling involves murder, so he spends his time devising plans to kill Marion.

Through Marion (alluringly played by Brynne Barnard), Churchill purports to hold a mirror up to the nature of selfish ambition. She is a ruthless real-estate developer who has an insatiable hunger to succeed. She says of her ambition, “Keep on, get better, be best. Onward. Fight. How did man get to the moon? Not by sitting staring at an orange.” Her desire to progress comes often at the cost of throwing poor tenants on the streets without a second thought, and eventually culminates in something dangerous that even she doesn’t know she has the capacity to do.

Juxtaposing Marion is Alec (played with immovable indifference by Matt Browning), illustrating that apathy is not the ideal alternative to selfish ambition. Alec neither wants nor cares about anything and Churchill demonstrates how this is equally destructive. Churchill posits that the answer is a happy medium where ambition and humility can co-exist. In this production, Interrobang Theatre Project certainly gets Churchill’s point across.

Jeffry Stanton has staged an energetic and witty revival of the first play to put Churchill on the theatrical map. The entire cast is hilariously entertaining, including Christopher James Ash who plays Worsely, Marion’s assistant with delightful quirkiness, Abbey Smith who plays Lisa, Alec’s wife with the right balance of comedy and vulnerability and Sarah Gise who does a fantastic job doubling as Mrs. Allerton and Alec’s Mum.