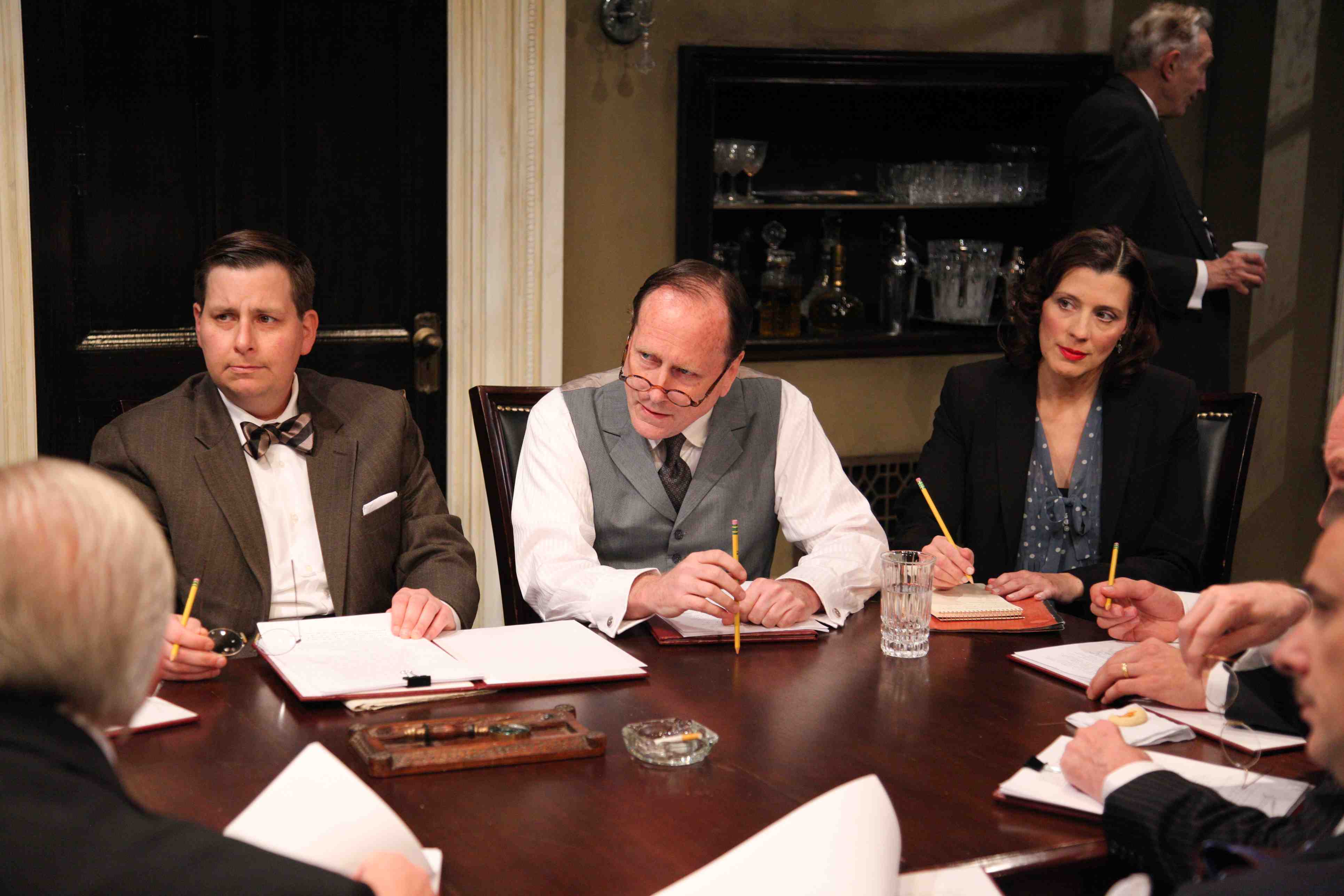 Somewhere in the dusky realm between classic and forgettable lies Maxwell Anderson’s political tragicomedy “Both Your Houses.” Now undergoing a nifty revival by Remy Bumppo, the play arrives just in time for the 2014 midterm election and its attendant theater of mudslinging, malicious, big-budget stupidity.

The 1933 Pulitzer Prize-winner shows its age in many ways, from the creaky melodrama of its structure, which pits the uselessly good against the simplistically wicked, to its antediluvian political economics and social attitudes, which make Archie Bunker look PC. But for all of that, this is a production worth watching for the skill of its all-around execution, its still-zingy portrayal of the interface of avarice and ego that is Washington, D.C., and for actor David Darlow’s tour de force as Representative Solomon (Sol) Fitzmaurice, a corrupt politician of Falstaffian charm and insight, who is revealed here as one of the great and unjustly neglected characters of the American stage.

Sol’s story is that of every Beltway barnacle. Decades ago, Sol fancied himself a reformer, a force for integrity, thrift and the public weal, with an angel on his shoulder guiding him in the paths of good governance. But years of logrolling and backscratching have left little room for angels in his life, and now this whisky-swilling, Prohibition-era rapscallion preaches that “the sole business of government is graft.”

On the other side of the moral aisle is Nevada newcomer Alan McClean (Chris Amos), a schoolteacher with a terminal case of rectitude. So pure of heart that he calls for an investigation into his own election, the well-named McClean discovers that his fellow congressmen (and one congresswoman, played by Joanna Riopelle) are sneaking in pork to an appropriations bill for selfish reasons. Appalled by the dirty dealing around him, McClean threatens to sink the bill, even though it means not finishing the dam project that will bring relief to his Depression-wracked constituents. His only ally is a disgruntled former congressional secretary (played by the peppy Linda Gillum), who knows how things work and still has an ideal or two left.

Attacking the bill means opposing powerful committee head Simeon Gray (Peter A. Davis), who has a (possibly unearned) reputation for honesty. Gray also has a cute daughter (Eliza Stoughton), who works as his secretary and has taken a shine to the remorselessly virtuous McClean.

Anderson—himself a maverick, who ended up siding against Roosevelt and the New Deal—presents us with a stark and gloomy choice between kleptocracy and 1930s-style politics of austerity, based on the delusional notion that one can starve one’s way out of a capitalist famine. Perhaps this is why the play, which opened in the fearful and uncertain period between FDR’s election and inauguration, ends on such an ambivalent note.

With this production, Remy Bumppo solidifies its reputation as a troupe that gets the details right. Theater founder James Bohnen directs the large cast with a sure touch, keeping the rat-a-tat dialogue intelligible and dramatically cogent. The hyena pack of congressmen are given their oily due by veteran actors James Houton, Larry Baldacci, Noah Simon, Jesse Dornan, Brian Parry and Paul Tinsley. And Yu Shibagaki has created the best set I’ve seen in ages, depicting the Capitol as the all-too-comfy men’s club it was, and to some extent still is.

Also to be commended is the outstanding dramaturgical work of artistic director Nick Sandys and others, who manage to render the topical references meaningful and relevant, showing how the players change but the game does not. For all of its tissue-thin characters and Ayn Rand-style reactionary romanticism, “Both Your Houses” bravely raises the central and eternal question of American politics: What role does corruption play? Is it an unmitigated evil? A necessary lubricant of progress? Or is it the drama’s whole point and purpose? (Hugh Iglarsh)