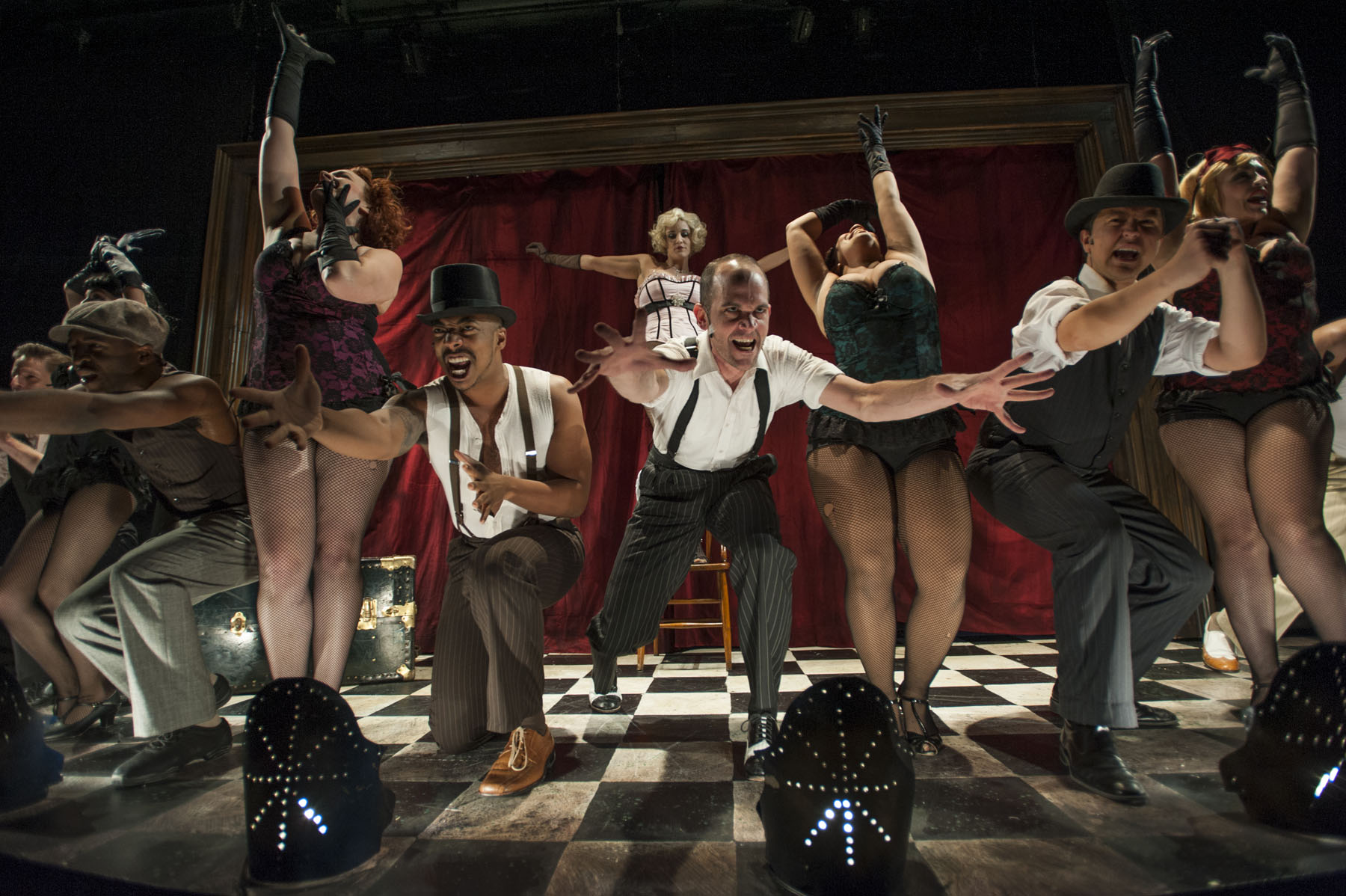 At the end of a party I usually feel exhausted. All my energy has been spent. Walking out of Bailiwick Chicago’s “The Wild Party” I felt much the same way. Dulled and listless, like all I wanted to do was pitch over into my bed and pass out. But of course there are two different kinds of exhausted. There’s the good kind, where every last ounce of vigor and joy and joie de vivre has been rung out of me, and I can go to sleep knowing I’ve lived a night well-lived. Then there’s the not-so-good kind, where it feels like I’ve just survived the zombie apocalypse—if the zombies were really interested in drunkenly yammering  about what they did when they went WOOFing after graduation—and I’ve just decided to lay down in a field somewhere and die already. “The Wild Party” left me feeling much like the former —satisfied and spent—even if most of what happened in it bore far more resemblance to the latter.

(A quick piece of housekeeping before we continue; Bailiwick is putting on the Michael John LaChiusa version. Back in 2000 there were actually two different Broadway musicals based on Joseph Moncure March’s obscure narrative poem about one crazy night in the lives of a bunch of twenties vaudevillians. The other musical was written by Andrew Lippa and, from the cursory listen I’ve given to it on Spotify, Bailiwick has chosen wisely in selecting the LaChiusa Joint instead.)

The tragic figure around whom the action dervishes is Queenie (a radiant Danni Smith), a vaudeville hoofer with dreams of something more and copes with an increasing dread that there really isn’t. Her lover is Burrs, a black-face wearing comedian who is played by Matthew Keffer as a tightly coiled length of razor wire. Burrs decides that the two will throw a party and invite all their friends, not the least of whom are a pair of producers Gold and Goldberg (Jason Richards and Jason Grimm) whom Burrs hopes will bring him along to the new theater they’re opening uptown. Queenie’s friends are a rambunctious, alcoholic lot who have as much of a propensity for swinging jazz as they do for swinging with each other. When Queenie’s best friend and chief frenemy Kate (Sharriese Hamilton) shows up with her boy-toy Black (Patrick Falcon), the line between sex and love goes blurry. The party started out wild, but here it goes foamy-jawed and rabid.

Bailiwick’s production, under the confident direction and choreography of Brenda Didier, is through and through a rousing success. The musical is a full-length one-act, a 105-minute marathon sprint where almost forty songs make for a densely packed curio cabinet of strangled yelps and atonal arpeggios and music-box arias and brash trumpet bleats. LaChiusa’s music is jazz-influenced to reflect the Roaring Twenties, but it’s jazz that comes with the density of prog rock. The singers have to work quickly and nimbly to handle the music, which they do, impressively, and then act their pants off to boot. (In fact many of the cast members do end up pantsless, but that’s really the script’s fault.)

The intimate setting of the Richard Christiansen Theater at Victory Gardens proves to be an ideal venue for the show. When sitting in such close quarters, the intensity, insanity and sensuality of the Bailiwick performers is allowed to drench the audience. But then other moments are allowed to be quieter too. Keffer renders Burrs’ climactic meltdown with the quiet menace of a twig snapping under a steel-toed boot. By the time I left, I felt like I had been crunched under that boot too. (Alex Huntsberger)