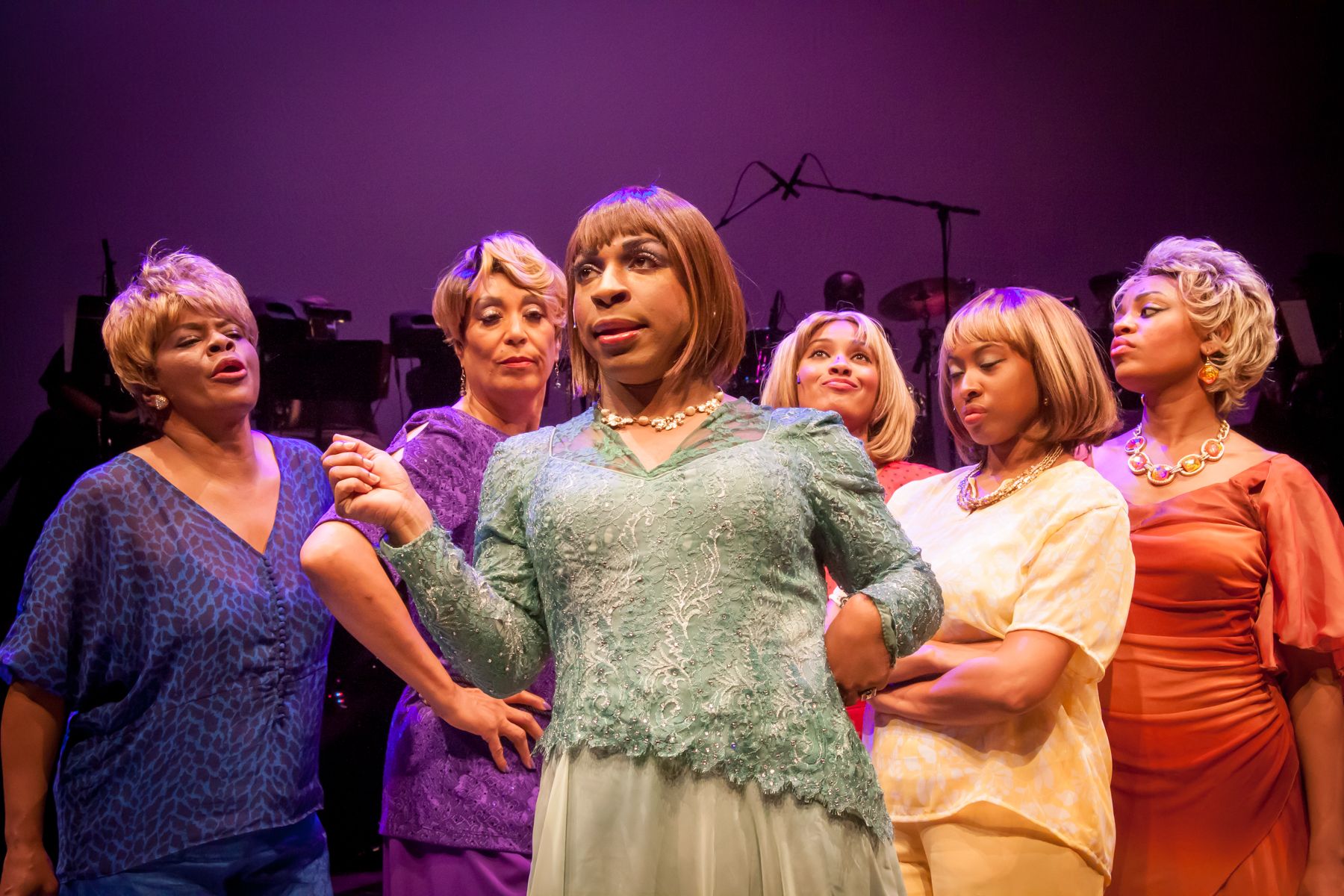 “Etta James. Etta James. I love me some Etta James!” The fabulous Ms. Real (played by the equally fabulous Rueben D. Echoles) proclaims that message more than once throughout Jackie Taylor’s “At Last: A Tribute to Etta James” at Black Ensemble Theater.

Ms. Real is the narrator of this story. She keeps all five Ettas (from a young Etta to an Etta near the end of her life) on pace and honest with themselves. Echoles delivers a Ms. Real that is aptly titled—and costume changes (designed by Ruthanne Swanson) that, like Etta, just get better and better over time.

It seems fitting that James is played by a cast of five women. After all, the script duly notes that she was “five or six people most of the time.” Her talent surely had that kind of feel. She started singing in her church choir at age five and as a teenager she was already recording singles, like the number one US R&B hit, “The Wallflower (Dance with Me, Henry).” Over the course of her rollercoaster career—while fighting battles with weight, drug addiction and searching for love from others as well as herself in her personal life—James released more than fifty singles (many of which made Billboard’s Hot 100 list and/or Billboard’s R&B Hot 100 list) and received Grammy Awards for Best Contemporary Blues Album, Best Traditional Blues Album, Best Jazz Vocal Performance and a Lifetime Achievement. She was also inducted into the Grammy Hall of Fame, Rock and Roll Hall of Fame and the Blues Hall of Fame.

Still, it isn’t the accolades that make James’ music resonate with audiences. The emotional truth she sings with is a staple of her musical legacy. Taylor’s piece requires that same truth from each of her Ettas. The youngest Etta (Etta #5) is played by the captivating Alanna Taylor, followed by Etta #4, the cheeky Melanie McCullough. Etta #3—the brilliant Candace C. Edwards—represents a James who has learned a lesson or two, but still struggles with her demons. The older Ettas (Etta #2 and Etta #1), are played by Yahdina U-Deen and Arzula Maxine Gardner, respectively. They are true powerhouse vocalists and give due justice to Etta’s later years. In fact, all five Ettas well-represent James’ incredible range and styles and had the audience on their feet during several of the show’s numbers in the show I attended, including one of James’ most acclaimed numbers and the show’s title, “At Last.”

Taylor’s script cites multiple times that it’s hard to pay tribute to someone one doesn’t really know. What makes this show great is not just the twenty-plus renditions of Etta James recordings, but the history behind the music that’s included. The fact that it’s all brought to life by a remarkable cast, a phenomenal band (led by Robert Reddrick), and two great co-directors (Jackie Taylor and Daryl Brooks), makes “At Last: A Tribute to Etta James” a fitting celebration of a woman who is truly legendary. (Mary Kroeck)