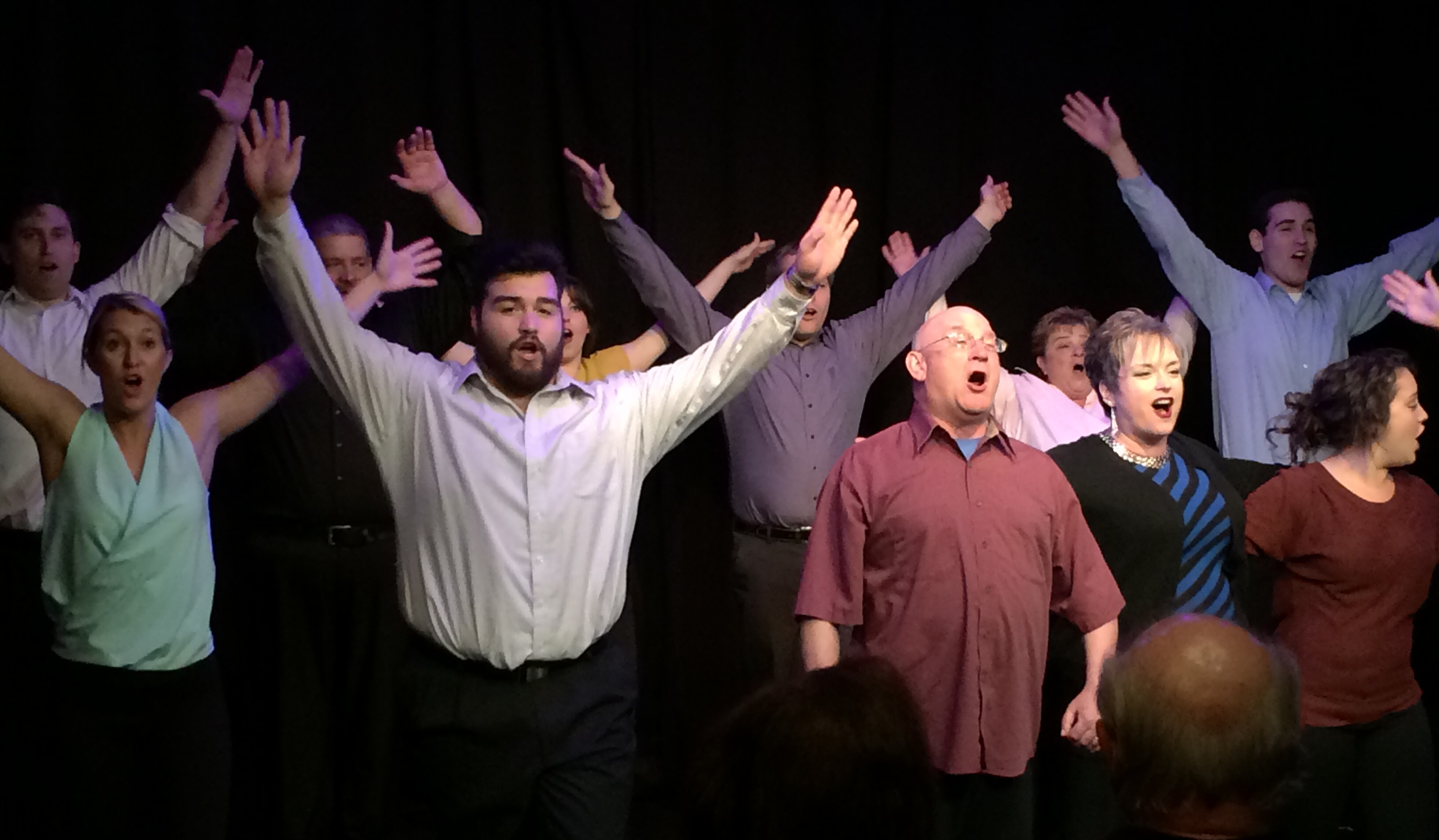 It’s been said that life can be more hilarious than fiction. So, what happens when someone has a stroke, their spouse loses their job, and both husband and wife are faced with enormous life changes that would generally cause despair? How about write a musical comedy? That’s exactly what happens in “The Mighty Ted,” a fantastic new musical at MCL Chicago.

“The Mighty Ted” traces the real life story of Ted Waltmire, who also plays the lead in the show. Ted is, as one of the numbers clearly states, “an average guy.” Aside from having a deep love of music, especially Stephen Sondheim musicals, he generally wakes up in the morning, goes to work, comes home, spends time with his wife, Michelle (portrayed by Cheryl Szucsits), goes to sleep and repeats the same routine pretty regularly day in and day out. That is, until he has a stroke. After that, his life is turned upside down. Ted has to relearn everything from walking and talking to getting dressed, with limited mobility on one side of his body.  Meanwhile, Michelle not only has to adjust to Ted’s healing process, but she also struggles to find employment after losing her job.

This is an extremely self-aware show from start to finish. Some cast members poke fun at their ability to sing (or lack thereof). Other moments of the play, like the number “Spoiler Alert,” clearly warn you of what’s going to happen, but don’t take anything away from the production or any investment the audience has in the story. In fact, these bits of cognizance delightfully add comic relief in just the right places.

What makes this show special is the fact that it’s real. Ted’s life may be a musical, but it’s also a form of his personal therapy. At the end, he states that every morning he questions if it will be the day that he heals a little more. He’s still hopeful that he will regain all of his abilities and he’s still working toward his health goals.

With original songs like “The Saga of Social Security,” “Therapy” and “Life Just Isn’t Fair,” the show captures what it’s like to go through a major illness and somehow come out of it still looking on the bright side. That feat alone proves this show is as mighty as its title and its central character. (Mary Kroeck)