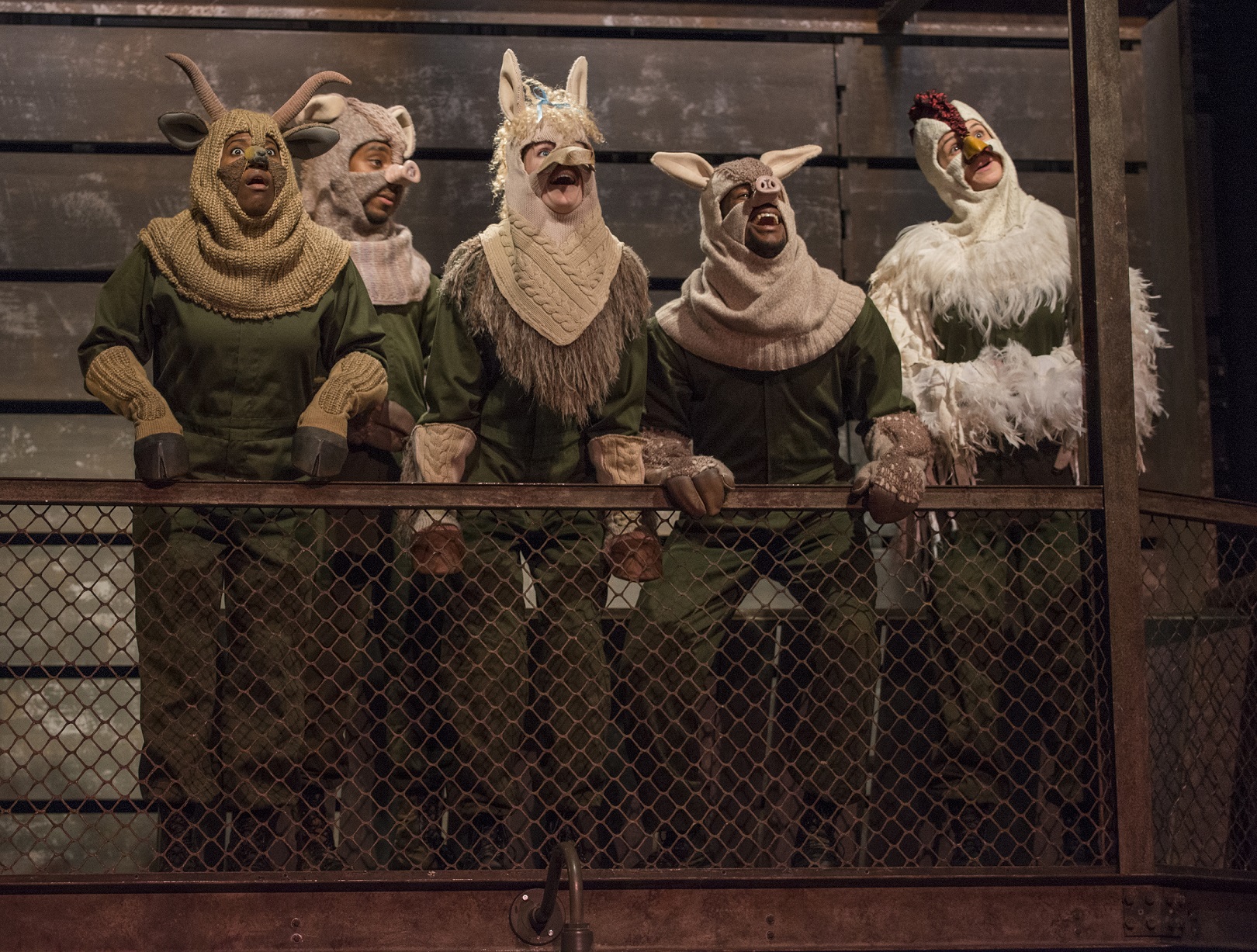 There is something significant about the prolific writer George Orwell using stories as his vehicle for political action. Orwell, who fought in the Spanish Civil War and suffered a gunshot wound to the throat, knew the limitations war had in bringing about genuine change.  Simply exchanging political systems and leaders was equally insufficient. For as writer and feminist Audre Lorde states, “the master’s tools will never dismantle the master’s house.”

To bring about impactful change that would revolutionize the world, Orwell needed a different weapon than the master’s tools. So with pen in hand as his chosen artillery, he took to the battlefield of the blank page and an allegory entitled “Animal Farm” emerged the victor.

Written to pierce the consciousness of men to provoke social action, Steppenwolf for Young Adults’ (SYA) production of the classic novel achieves what Orwell intended. In this soul-stirring adaptation, it won’t be long before you, yourself, will want to join in the revolution happening on stage.

The play opens up with Orville (Will Allan), in his study cranking away at his typewriter. He proposes the question, “What are you doing about the suffering around you?” From there he morphs into Benjamin the donkey and narrates the tale of the animals on Manor Farm.

Through his narration, we follow the animals on their journey to free themselves from the tyranny of their owner. They succeed temporarily, changing the name from Manor Farm to Animal Farm and establishing the seven commandments that will govern them to live in this new free system. Yet slowly as leaders are overthrown, loyalties are betrayed and commandments are amended, Animal Farm becomes indistinguishable from Manor.

The dynamic cast which consists of Jasmine Bracey, Lucy Carapetyan , Amelia Hefferon, Matt Kahler, Mildred Marie Langford, Blake Montgomery, Dana Murphy, and Sean Parris illuminate the stage. They give so much form to Hallie Gordon’s fluid and crisp direction that it resembles that of a poignant ballet. Althos Low’s remarkable script, solidifies why this novel and its impact reverberates throughout the world today.

While some may question why Orwell would label such horrors on Animal Farm a fairy tale, Moses the raven (cleverly played by Lance Newton) answers this question. The raven often speaks of an animal heaven called Sugarcandy Mountain where toil and suffering for animals ends after death. Benjamin tells him “No one believes in that.” Moses responds, “But it’s all that I have.” Orwell wants us to understand that the fairy tale is not the story, but hopes to drive people to get angry enough to take Moses’ vision and build it here on earth. (Loy Webb)