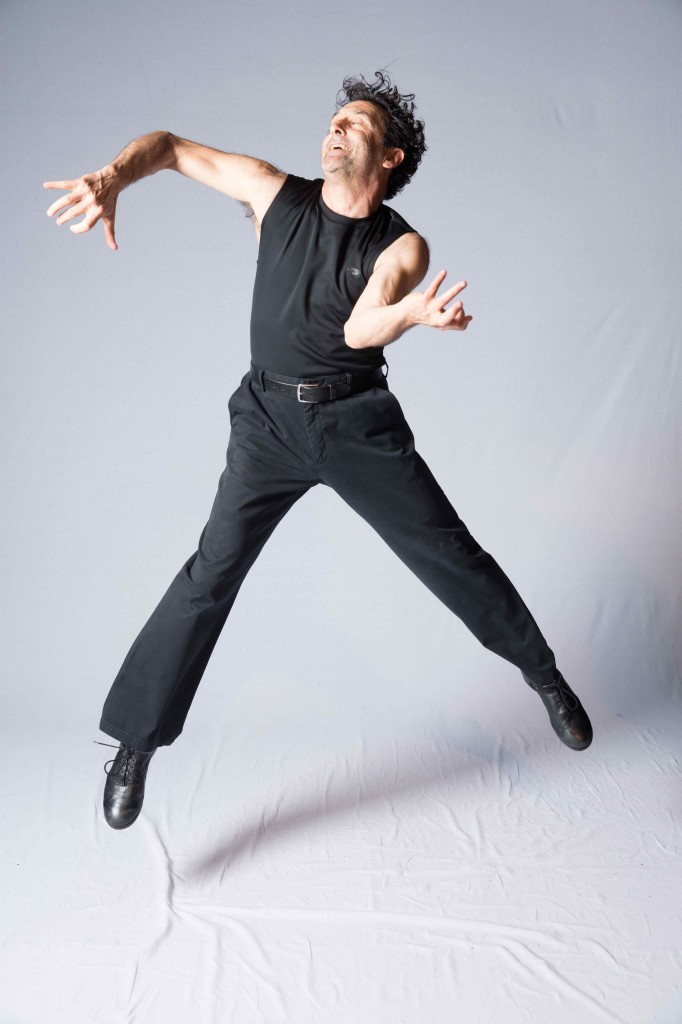 Movement is personal. Our bodies and the way we inhabit them is integral to our identity, our sense of self. And for Billy Siegenfeld, founder of the Jump Rhythm Jazz Project, personal movement is tied up in most meaningful aspects of how we live in the world. Talk with Siegenfeld for a half hour and you’ll probably start to see the relationships between skeletal alignment and psycho-spiritual wellbeing, between muscular tension and emotional repression, between rigidity and imperialism, between the physical body and the natural world. Siegenfeld created Jump Rhythm—a blend of tap, jazz and eruptive vocalizations, using the entire body as a rhythmic instrument—as a vehicle to explore his philosophy of movement twenty-five years ago and, for the anniversary performance, has created a semi-autobiographical piece about the birth of the technique.

“When Little Enough Is Good Enough” is both a courageously honest confessional and a gentle fable about the search for authenticity. For the most part it’s a solo piece; Siegenfeld spends most of the half-hour duration alone on stage—until the muse appears—delivering a monologue about his beginnings as a young dancer in New York, inspired equally by Isadora Duncan and the great works of English literature. He fearlessly talks about frustration, failure, his attempts at meditation foiled by his own irrepressible kineticism, and the painful self-examination needed for genuine creativity. He chases stillness relentlessly, only to find it in an unexpected moment of simplicity. And when Siegenfeld finds his voice at last, it comes rolling out joyfully in scat, stomps and syncopation—the building blocks of Jump Rhythm.

To bracket the company’s history, Siegenfeld revives his first JRJP piece for the program, in collaboration with dancers from Chicago Tap Theatre. “No Way Out” is a playful, full company work that pulls apart Mel Torme’s rendition of “Broadway,” starting with MGM-style theatrical tap, then moving into a stylish, aggressive duet between Mark Yonally and Kirsten Uttich of CTT (featuring what is probably the most sarcastic time step ever staged), and finishing with a rock ‘n’ roll deconstruction of the lyrics and melody. It’s an excellent reintroduction to a company that has strived to, as Siegenfeld puts it, “make music more legible to the eye.” (Sharon Hoyer)