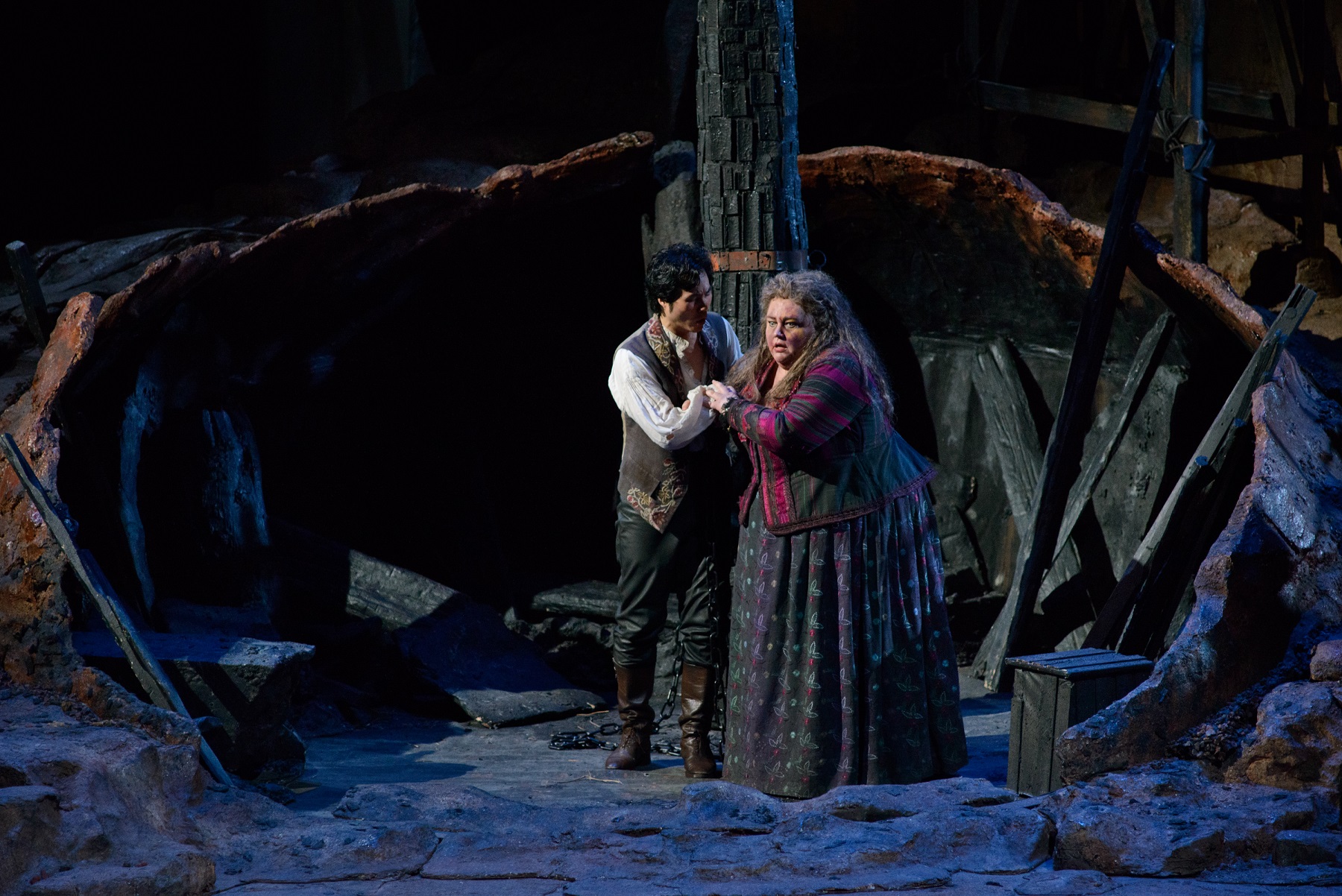 Not all opera roles are created equal, and neither are all opera singers. But singers will be offered roles for which they might type physically, and may accept them for greater career exposure and larger fees even though their vocal equipment doesn’t match the composer’s demands. Matters become cloudier when the singer can manage particular sections of the role, but is given away as inadequate in others. Tragedy strikes when a young singer moves into repertoire in a role for which they may never truly be right, or too early in their career for the choice to be healthy; the result is usually a shortened career. As regards the four principal singers in Lyric Opera of Chicago’s production of “Il Trovatore,” if the game is boys-against-girls, the boys won’t be taking home the trophy, and perhaps should have chosen a different sport altogether.

Yet there is much to commend here. Stage designer Charles Edwards’ revolving triptych allows for quick, smooth scene changes, and the horrors suggested by lumps of charred bodies hanging from poles never ceases to unnerve. The orchestra pours out Verdi’s rich textures, supporting the singers rather than challenging. Nick Sandys’ fight choreography, upon which Lyric has come quite rightly to depend, is thrilling. I have never heard the men’s chorus sound as attuned. In one passage, their text requires a string of sibilants that could easily have resulted in unfortunate hissing. Yet every sound is given exactly the right measure.

The singing of any principal role in the Verdi cannon is accompanied by challenges dictated by a composer who was tremendously invested in the drama of his work. Verdi doesn’t stint on the high notes or the low notes, and if he wanted a singer to jump quickly from one end of the range to the other, that’s what he put on the page. His music contains declamatory passages in the middle register of the voice, which can be the weakest for many singers, over a very full orchestral sound, and also calls for extended high notes delivered very softly. Just because a singer can sing all of the pitches required for a Verdi role doesn’t mean they dare attempt it. The artist will need to provide different aural colors, grow the voice to a louder dynamic, or caress it tenderly, depending on the character’s situation. If a singer is delivering the entire role at the same dynamic and with the same tonal quality all the way through, they are not doing the composer justice, are suffering an artistic embarrassment, and may well be doing themselves harm.

Yonghoon Lee’s singing of the young hero Manrico was delivered very much in the latter vein on the night I attended. Lee is handsome, moves beautifully, and cuts a dashing figure onstage. But in the tenor’s famous aria, Lee’s low notes disappeared altogether, and the top notes lost resonance and focus. Likewise, Quinn Kelsey’s antagonist Count di Luna fell shy of an acceptable color palette, and was sometimes inaudible, despite the collegial handling of the orchestra by conductor Asher Fisch.  On the ladies’ team, Amber Wagner (Leonora) carried the huge hall with ease, declaiming and pleading with the qualities in evidence when one is singing the right repertoire.

No singer can sing everything, with just one caveat: Stephanie Blythe. Her characterization of the gypsy Azucena was appropriately gripping, and I’m certain she could have been heard in the theater at any vocal level she desired from the comfort of her dressing room. (Aaron Hunt)