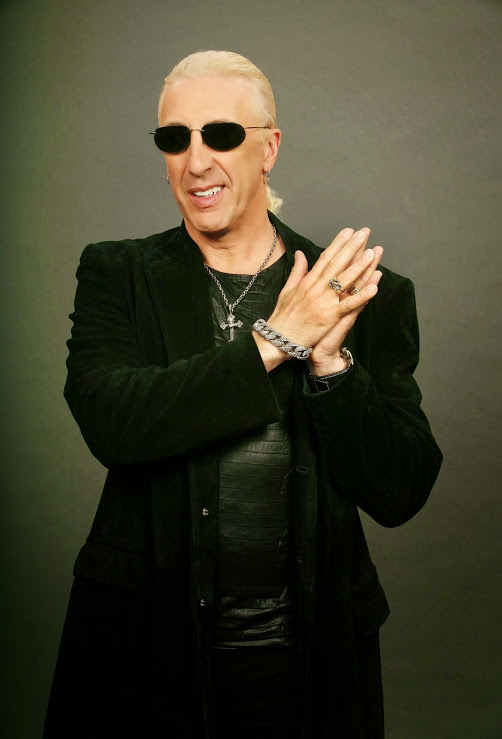 “Dee Snider’s Rock & Roll Christmas Tale” debuts this season here in Chicago, where we rock year ‘round and where last winter resembled Santa’s polar headquarters. Best known as the singer and leader of the eighties heavy-metal hit-makers Twisted Sister, Snider has built a diverse resumé, spanning music, radio, television, film and now, stage. Speaking to the amiable Snider, it’s clear he brings a great enthusiasm to all these disciplines, while never taking for granted his success in any field.

“When I went to write my autobiography, they didn’t want me to write it. They were like, ‘Just because you can sing doesn’t mean you can write.’ I said let me do a few chapters, and they loved it, so they let me write my own book. I’m blessed to have all those talents.”

“I’ve been in choir since I was in single digits,” he explains. For this new musical, if you weren’t afraid of the hair-metal pun, you could say Snider’s roots are showing. Not just religious, but theatrical as well. “I was raised in a house very into theater and musicals, so this has reconnected me to that.” While he hesitates to say “inclusive,” his holiday message is welcoming. “It’s a rock ‘n’ roll Christmas tale. The title uses the word ‘Christmas’ not ‘Xmas.’ I was raised a Christian which is why I have a connection to the holidays. And this positivity of the show, I guess it is Christian. But—to get into my belief system—I find it hard to believe that God is smiling down on one specific group of people and nobody else. Christmas has become more about the spirit of the holiday and not so much about the religion of the holiday. I don’t try to make the show about the religion, as much as the spirit.”

The show centers on Daisy Cütter, a metal band striving for the top long past metal’s heyday: “They formed after grunge came in and they missed the ship.” In exchange for success, they’re willing to gift wrap their souls for the devil. But they’re thwarted by the Christmas spirit, and find their head-banging keeps inexplicably changing into heartwarming caroling. “The actors are actually musician-actors. There’s a lot of songs—there’s classic Twisted songs, there’s some new songs, there’s holiday classics done in rock style. The audience is cued to participate at certain moments.” Snider wrote and stars in the production. “I’m the narrator, and the exorcist.”

Conceived after Twisted Sister’s Christmas album, this show was “originally supposed to be a concept album. But then as it evolved and I met [director] Adam [John Hunter], Adam saw what I was working on and said ‘This is a musical, man!’ So it slowly evolved into a full-blown show. It’s basically the story of ‘It’s A Wonderful Life.’ It’s what we all do. We think happiness is out there somewhere, everything we want is somewhere far away and we’re trying to get to it. While in all reality for most of us it’s right there beside us all along. They come to realize everything they’re trying to achieve is right there, and they’re not seeing it.”

In olden days it might seem shocking to find a metal singer stuffing stockings. But now, sure as the winter snow, anyone can go “Ho, ho, ho.” I ask Adam Michaels, who stars as Daisy Cütter frontman D.D. and who first encountered the music of Twisted Sister as a kid watching “Pee-Wee’s Big Adventure,” if there might still be anything unnerving nowadays about a Christmas show from the once controversial Snider. He opines what may surprise some folks is the show’s feel-good nature. “It’s endearing that Dee Snider, the guy who sang ‘You’re gonna burn in Hell,’ the guy who protested against having parental advisory on CDs, does have such a warm and amazing heart and this is a show he wrote.”

Nor does Snider see anything alarming here. “You can bring your kids to this show; the holidays are about family. At this point, almost every generation has been raised on rock. I’m a grandfather and my granddaughter rocks. As for people’s acceptance of me, I was talking to Alice Cooper the other day and I said, ‘What the hell happened? When did we become accepted?’ And he goes, ‘People got used to us; you’re around long enough and you’re like Norm on ‘Cheers.’ People are happy to see you.’”

Back to the Christ in Christmas, I mention John Lennon’s infamous remark that The Beatles were more popular than Jesus and ask Snider if Twisted Sister were ever bigger than Santa.

“We were one of the top Christmas gifts of 1984, for the rocker in your family. I don’t know if bigger, but certainly Santa was getting tired of hearing ‘I want a Twisted Sister album for Christmas.’”