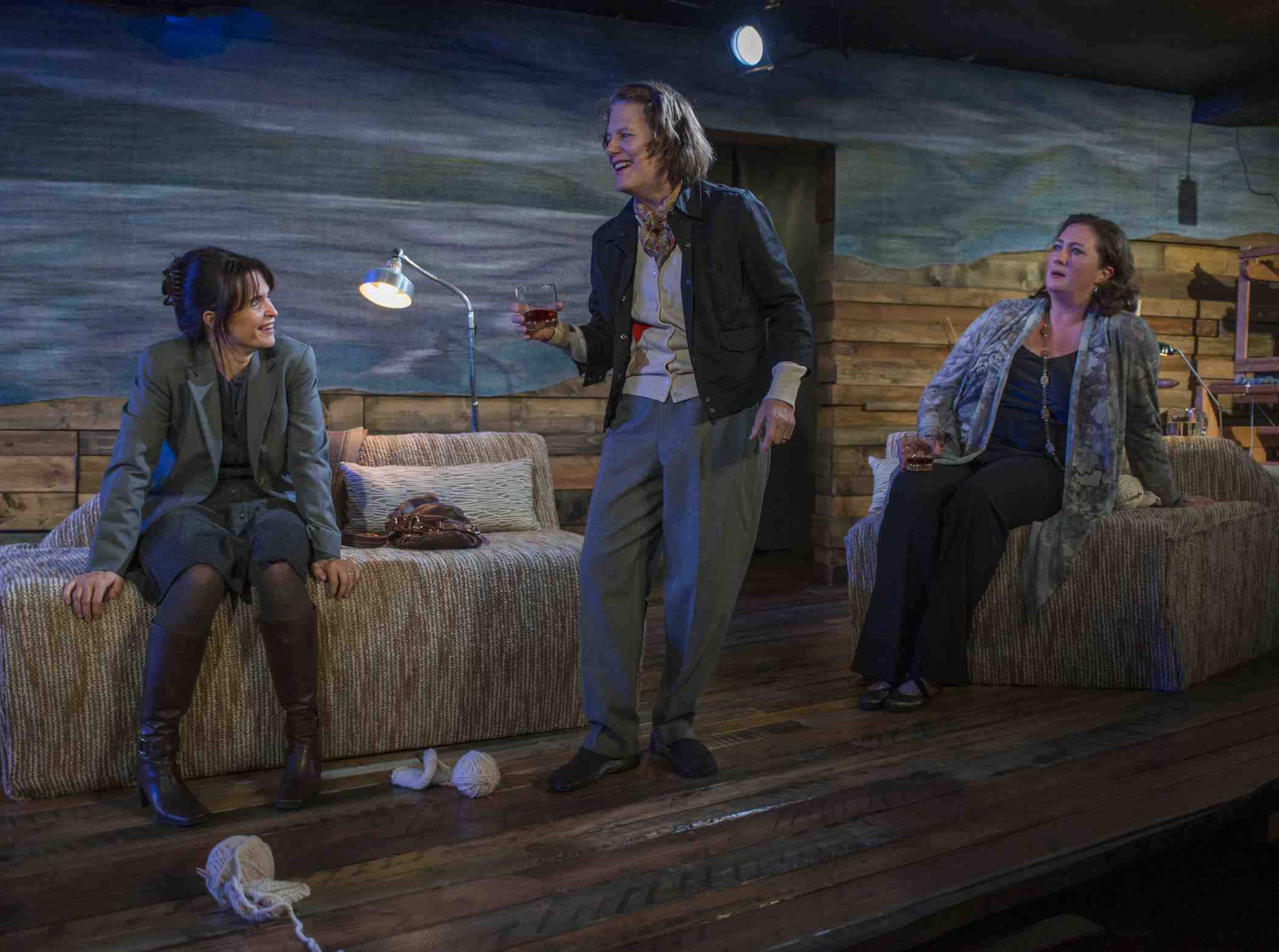 The (figurative) curtain opens upon a tempest, as a boat off the Irish coast founders and sinks amid hysteria and confusion onshore. Sadly, that also describes Abbie Spallen’s 2009 play, which drowns potential audience interest in a foaming sea of over-plotting.

Director J.R. Sullivan, who years ago gave us an unforgettable production of Brian Friel’s “Faith Healer,” has here chosen lesser material, and despite a valiant effort on the part of the performers, can impart neither life nor clarity to this tangled script. Whenever the show’s momentum flags, which is often, the playwright tosses in another backstory bombshell, perhaps in the belief that complexity equals depth. But the two are not the same, and considering the uniform unbearableness of the play’s major characters, one quickly begins to wonder whether the plot convolutions are worth keeping straight.

Maybe an Irish audience could find a nugget of meaning hidden within this meandering tale of death and its aftermath. But on an American stage, it comes off as an obscure family quarrel fought out by characters whose conflicts and motivations never gel.

The story centers on an empty box—or “catafalque,” as the artsy and borderline pretentious Mairin (Kirsten Fitzgerald) puts it—commemorating her recently drowned husband Tom, a man of many secrets, whose body was never recovered. Lacking real friends, the mourning widow invites three reluctant comforters—her sharp-tongued, just-married daughter Triona (Meg Warner), the equally wealthy but socially inferior Clodagh (Dado) and the none-too-bright Eileen (Natalie West)—to spend the night in her elegant house on the heights. (Or so we’re told, although designer Harry Feiner’s nondescript set conveys nary a hint of luxury or taste.) All three secretly or not-so-secretly detest her for reasons ranging from envy to old grudges to bad conscience. It seems there’s little room for simple humanity in their small town, situated on the border between Northern Ireland and the Republic, and traumatized by decades of civil war. Or as one of the unwilling house guests notes, “Scores are like food to them.”

The political point may well be valid. But so unrelievedly harpy-like are the three visitors—and so smug and oblivious is Mairin—that it is impossible to care about their history or their fate. Indeed, if this play weren’t written by a woman, it would invite accusations of misogyny; if it were penned by a Brit, it would likely be attacked as anti-Irish.

A work of art should offer some ray of hope or at least mourn the pain, but playwright Spallen seems to revel in the world’s cruelty and injustice. There is an undertow of sadism and cynicism here, pulling us into the moral muck and quicksand under the strandline, or tidal boundary. It’s most fully embodied in the vicious Clodagh, depicted as irresistible in her spider-like power and so not worth confronting.

The actors bring a notable intensity to their work, but labor under the thick and not always intelligible accents. As a result, the dialogue never clicks and the energy fails to mount, what with all the flat-footed standing around and deer-in-the-headlights expressions. The exception is John Francis Babbo, a fresh-faced youngster who nails the part of Sweeney, an innocent and eccentric orphan lad who is the real victim of the town’s opaque, repugnant drama. By the end of this dark and stormy evening, we feel the same way.  (Hugh Iglarsh)