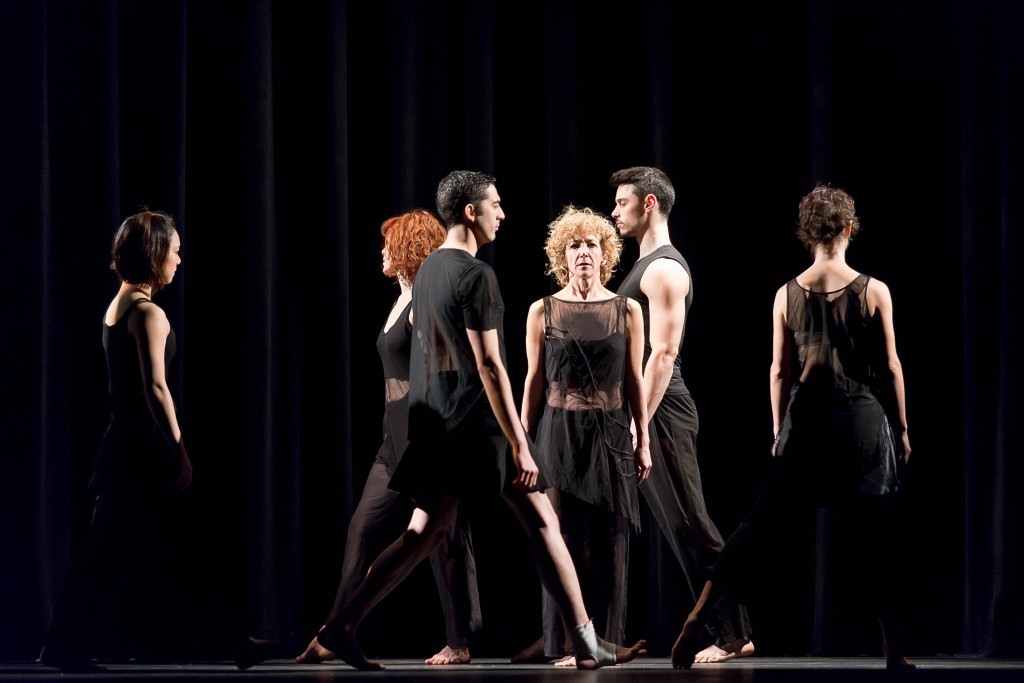 Heidi Latsky is a New York-based modern choreographer who works with mixed-ability dancers to create pieces that investigate and celebrate the beauty and uniqueness of the individual. Her work was last presented in Chicago as part of the 2010 Chicago Humanities Festival. Heidi Latsky Dance comes to the Dance Center next week with two works: “Solo Countersolo” and “Somewhere.”

How did you become interested in working with differently abled dancers?
I became friends with a presenter at Dance Umbrella in Boston back when I was dancing with Bill T. Jones. He had a wheelchair festival and wanted me to come and see it with him and I had no interest. There was a part of me that said “I spend all my days training as a dancer, why would I want to see people in wheelchairs dancing around? I want to see very athletic, virtuosic dancing.” So I had a very ignorant perception. Then he introduced me to Lisa Bufano, who had received a grant. She was a visual artist and bilateral amputee. He mentioned me as a choreographer who might want to work with her. I had no idea this incredible woman would become my muse; because of her fierceness, her vulnerability and her availability my whole life changed. I thought because I love what I’m doing with Lisa, could I do it again?

What do you look for in your dancers?
I look for emotional dancers. Not dancers who emote, but honest dancers. It can be hard to find supremely trained dancers who give you that. They get into technique and can lose themselves in it. Myself included, I think I did that. I look for a certain physicality; I love dancers who love to move. I look for performers who are really fascinating to me, and hopefully they’ll be fascinating to others, and I look for ways to bring out their uniqueness more—and I’m not just talking about the disabled, I’m talking about everybody, myself included. I’m in the work. What do I do that’s different from everyone else on stage? That’s what I think makes interesting dancing, interesting theater.

What challenges do you face in doing this work?
I’ll give you an example. I work everyone hard, but I had to learn how to do that while understanding people’s limitations. But that’s with every dancer; at one point or another they’re going to cry. I’m going to push them too hard and they’re going to feel insecure and so I work on being a better leader. I have one beautiful dancer who does pointe work; I made her a very difficult solo that moved very fast en pointe. In the same piece, I made a solo for Lezlie, a beautiful disabled dancer, which made her very vulnerable. I was rehearsing them both in the studio and immediately afterward I heard from both of them. I was walking home with Lezlie and she said, “How can I compete with Meredith? She’s so strong, why would anyone look at what I’m doing?” Ten minutes later, Meredith called me hysterically crying, saying, “Lezlie’s so gorgeous; she can be so vulnerable, why would anybody want to watch me?” That seriously happened. And it’s exactly why I’m doing what I’m doing. They’re both so virtuosic in their own right and I know as a choreographer that it’s the perfect blend.

You’ve said that “Solo Countersolo” is in part about aging and yourself, the soloist, in contrast to the younger dancers in the ensemble. What contrasts did you find?
It was originally about pure dance, just a celebration of moving. But as it developed, it had something to do with my transition. Here I am, dancing with them, but still on the outside. And they all represent everything I love about dancing. It’s also an exploration of counterpoint; I loved playing with solos within the group. I’m very interested in juxtaposition. When I presented “Solo Countersolo,” it was the first time I presented a work with no one with disabilities alongside pieces of dancers with disabilities and I wondered if they would complement each other.

The mission of the company is to create work that honors the uniqueness of the performers in a way that is hopefully to a very high standard. One of my mentors in the disability community taught me that we don’t want to be sentimental; this is not therapy. There was a presenter in Milwaukee who said that one of our pieces taught him how to look at dance with greater acuity. I love that! I support the beauty of difference and that’s a part of my art, but it’s also dance. We want people to be moved not by default, but because the performance is beautiful.